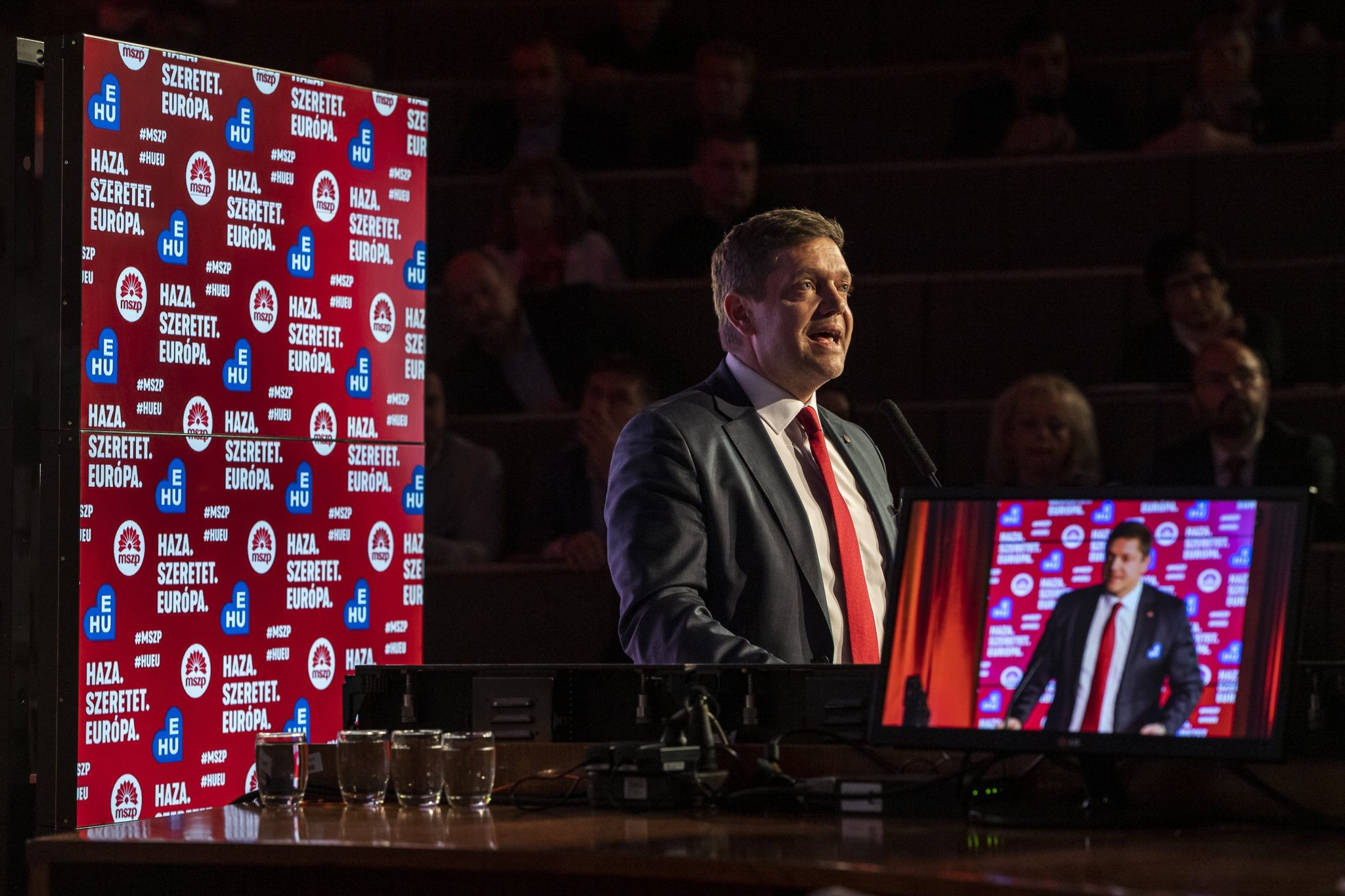 The Hungarian Socialist Party (MSZP) seeks to promote a “cooperative Europe free from hatred”, which serves the interests of both European and Hungarian citizens, according to its European parliamentary manifesto published on Monday.

Tearing apart a government poster depicting businessman George Soros and EC President Jean-Claude Juncker, the Socialist leader said his action was a demonstration of the kind of Europe the Socialists didn’t want to see.

Ruling Fidesz has made some totally unfounded statements and stirred the deepest fears of the public to win EP mandates, Tóth said.

The Socialists, by contrast, want to see a “human-centred social Europe” which makes people’s everyday lives easier, he said.

Tóth stressed the need for European standards in education and health care and joint European rules for defending the interests of workers and trade unions so as to prevent the precedents of multinational companies “ordering” Hungarian legislation.

Besides effective border defence, the Socialist leader called for the protection of human rights and Hungary’s accession to the European Public Prosecutor’s Office.

MEP István Ujhelyi said that fighting global challenges could only be successful if Hungary were part of a united and strong EU. Those who work against this are “enemies of the country”, he added. Viktor Orbán’s government “is taking Hungary out of Europe and causing tangible damage to the country,” he said. Talks are under way about the EU’s next budget and how Prime Minister Viktor Orban can possibly fight for Hungarians’ interests when “he is being disowned even by the European People’s Party”.

Another Socialist MEP, Tibor Szanyi, said that one of the main targets of the next EU term was to ensure that social rights are upheld. He called for a reduction of VAT and for greater gender equality. He also proposed the implementation of a scheme dubbed “smart villages” which aims to improve living conditions in rural areas with the help of digital technology.

Tóth confirmed that the Socialists are ready to run a joint list with the small opposition Párbeszéd party. In response to a question, he said they would sit down with Párbeszéd and finalise the list this week, which will then have to be approved by both parties.

In response to a question as to whether the Socialists would rather support the notion of European nation states or a united states of Europe, he said the party stood in the middle, believing in a united Europe which can improve the living conditions of its citizens. A united states of Europe would be an inconceivable idea due to Europe’s diversity, he said. For extremists and populists, however, a Europe of nation states simply means complying with fewer and fewer EU regulations, he added.