Small, Round, and Filled with Aphrodisiacs: The Perfect Valentine’s Day Coconut Ball – With Recipe! 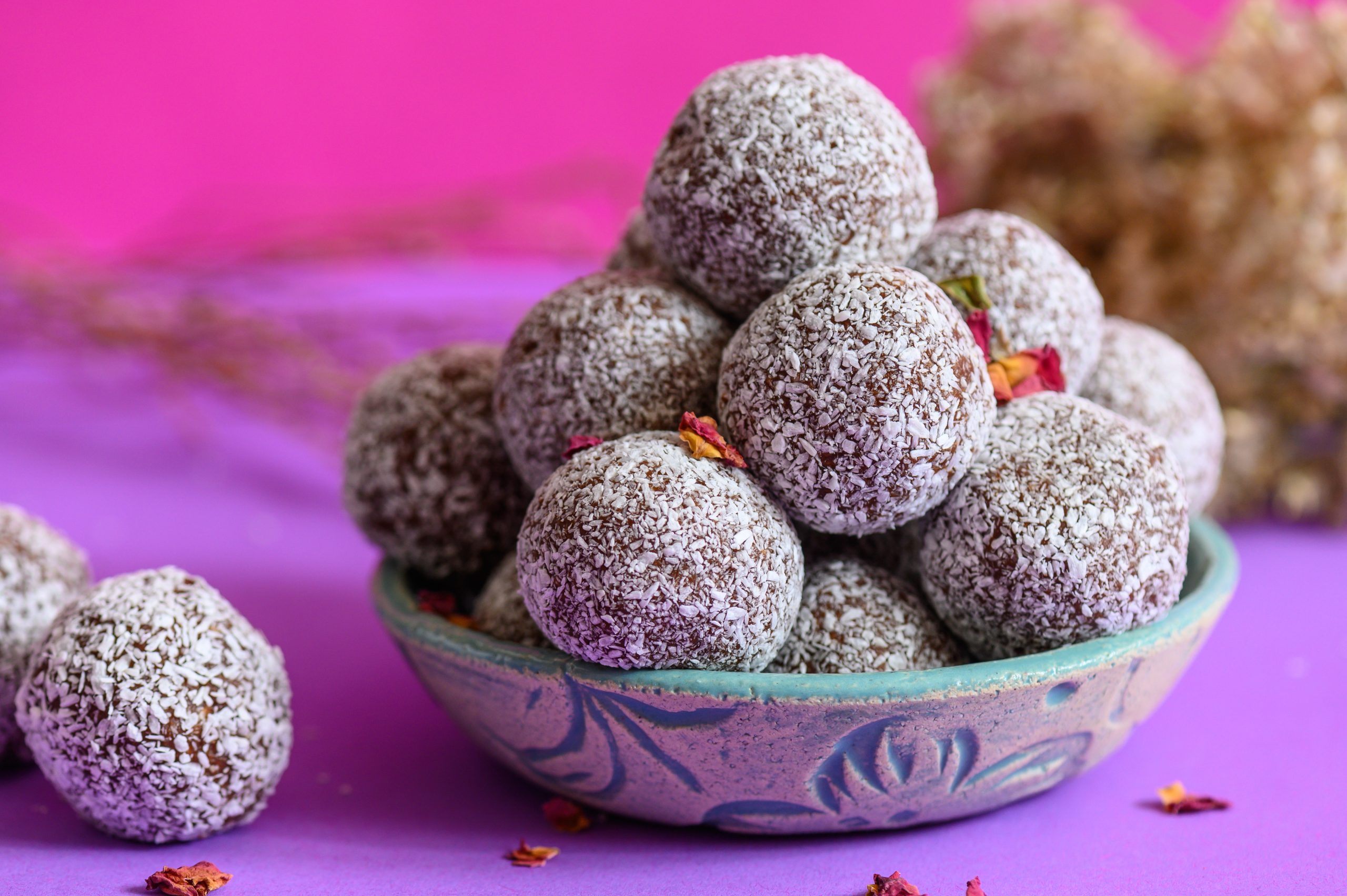 Many may assume that it would be pointless to look for Valentines day among the list of classical Hungarian celebrations, but this is not exactly true. For centuries, Bálint’s (Valentine’s) Day has been involved with unique folk traditions around topics of love and the coming of spring.

According to such traditions, if it is cold and dry on Bálint’s Day, the year’s harvest will be especially successful. It has also been believed that on this day sparrows choose their partners, and travelling pigeons return home. Some folklore dictates that on this day it is also customary to feed birds.

There is no official dish for Bálint’s Day, still we are now suggesting a dessert which cannot be named an ancient Hungarian dish but has still been served for decades.
After all, the recipe for coconut balls could always be found in our mothers’ and our grandmothers’ cookbooks, and whenever it was served, there were rarely any leftovers. If it was not prepared from the iconic homemade cookie, its base was typically the dry ends of some pastry or leftover linzer cookies. 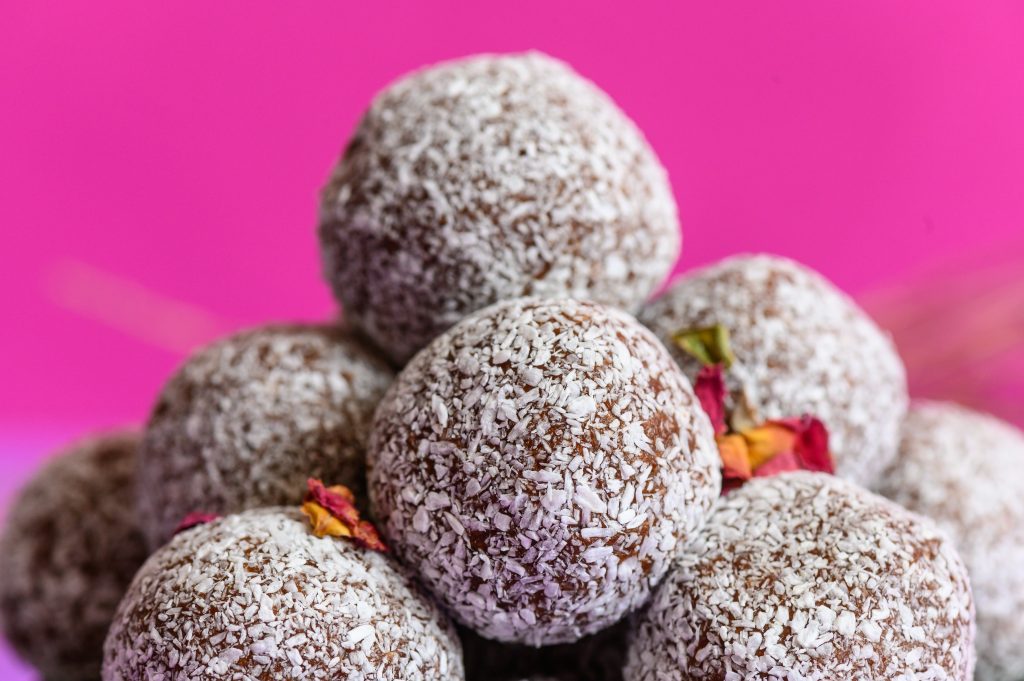 Fundamental ingredients were cocoa powder and coconut flakes. Rum aroma or jam may have been used too, but sour cherries would only end up inside coconut balls on special occasions.

Many countries prepare similar desserts under the same name. Still, we have our own version with unique qualities which give it an eternal ticket into the world of pastry making. Not much needs to be adjusted on this dessert for it to appear elegant and celebratory. It is fun and easy to prepare, without baking it can be thrown together in a few minutes, and it tastes so good that it might just be eaten in half that time!

If we add some desirous ingredients on top of the already present cocoa powder, coconut balls can turn into an especially romantic gift. 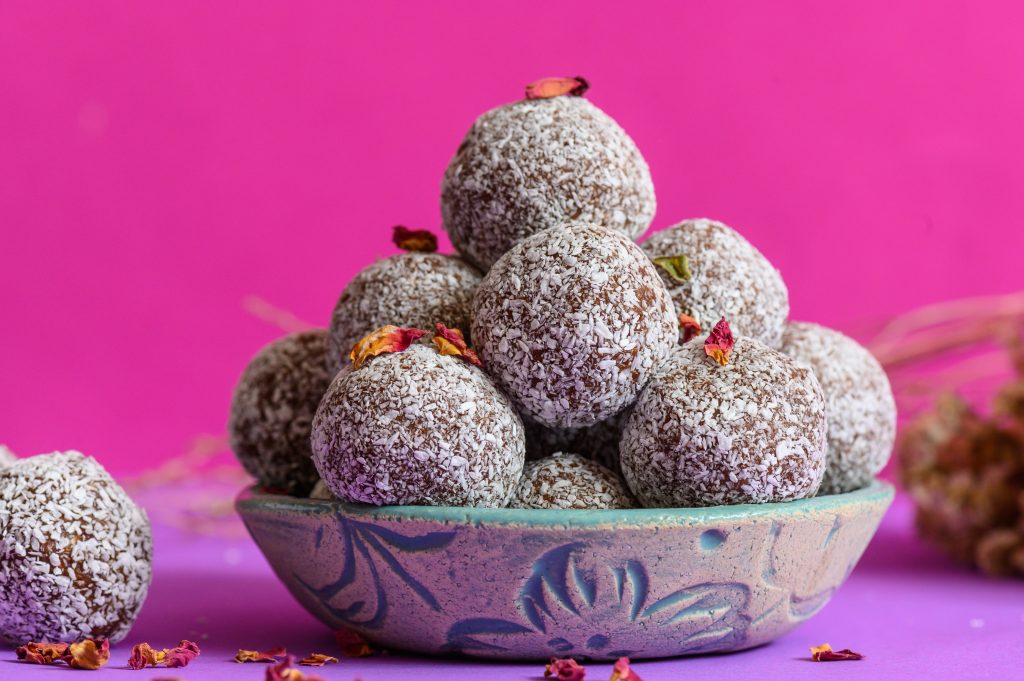 Cocoa powder is the only aphrodisiac present in the base coconut ball recipe, but with some added ingredients we can turbocharge this.

To do this, we added shavings of dark chocolate, as well as some ginger, but you can also add cloves, cardamom, nutmeg, vanilla, or even chili flakes (just not all of them!)
In the middle of each ball can be the classical option of sour cherries, but if we want to stick to the path of stimulating desire, we can even try strawberries. 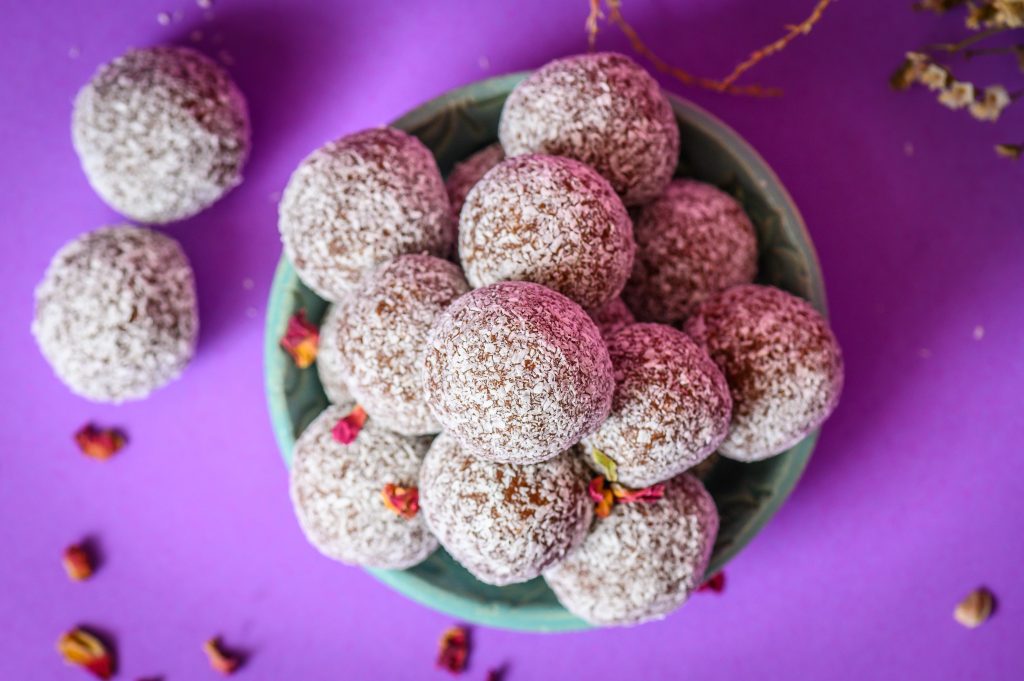 The crumbs can be of any cookie, the main idea is to ground them into as fine of a powder as possible. If the cookie is already very sweet, extra sweeteners may not be necessary, meaning that the powdered sugar can be mixed into the rest of the ingredients at the very end.

Practically everything can go into one bowl, and once mixed together, it is a good idea to leave it in the fridge for half an hour. This allows the butter to solidify a bit, enough to mold the mix into balls. The balls can be given a filling (such as sour cherries), but they are also fine as they are. In any case it is important to roll each one through the coconut flakes. It is also a good idea to leave them in the fridge for a bit before serving them!