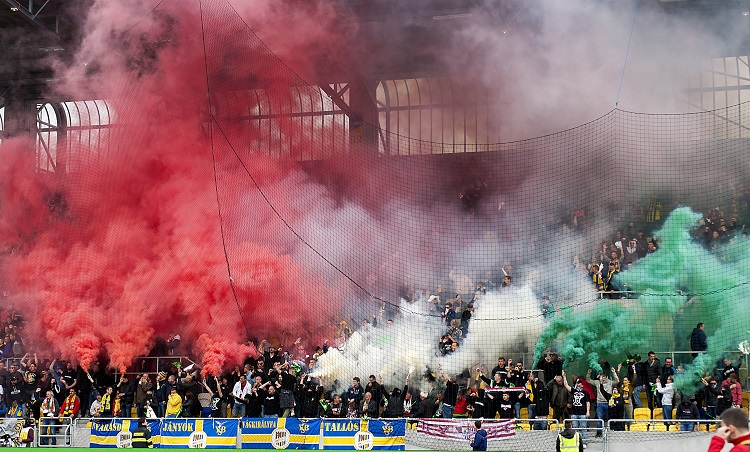 Slovak first division side FC DAC 1904 Dunajská Streda triumphed over ŠK Slovan Bratislva FC 1-0 thanks to a stoppage time goal. The DAC-Slovan derby has always been a special clash as DAC is the strongly supported by the Hungarian minority in Slovakia, while in the eyes of many Slovak and Hungarian football fans, among Slovak football clubs it is primarily Slovan Bratislava that represents Slovak nationalism.

The game was special also because Slovan, the team of the Slovak capital Pozsony (Bratislava, SK), have a Hungarian international forward in their squad, Tamás Priskin, who was born as a Slovak citizen in an ethnic Hungarian family in Komárom (Komárno, SK), while DAC also have several Hungarian-born players both from Slovakia and Hungary. Furthermore, DAC is managed by a Hungarian head coach from Transylvania, Csaba László, who previously worked with clubs such as Hungary’s Ferencváros, Scotland’s Hearts and Belgium’s Charleroi. Nobody was surprised that Saturday’s game was held in tense, nationally spirited atmosphere in the brand-new DAC arena located in the town of Dunaszerdahely (Dunajská Streda, SK) in Southwest Slovakia.

Before the kick-off, DAC fans sang “Nélküled” (“Without you”), a popular Hungarian rock song with strong political message and they also made an impressive choreography with Hungarian and club colors (video above). During the game, unfortunately there was some violence on the terraces too as a group of Slovan fans clashed with security guards. Strong verbal aggression was also part of the game as home fans were chanting anti-Slovakia and anti-Trianon rhymes while Slovan supporters were shouting anti-Hungarian slogans. At the end, however, it was the DAC fans who could celebrate thanks to a header from forward Pavol Safranko in the 92th minute. 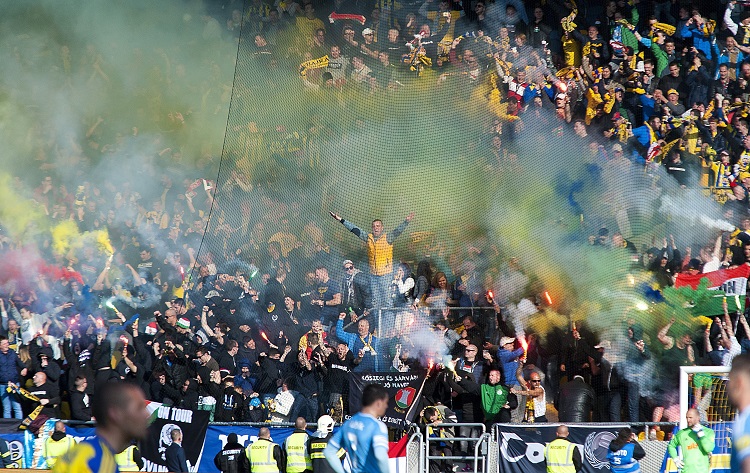 For DAC fans, the match against Slovan Bratislava is the game of the season 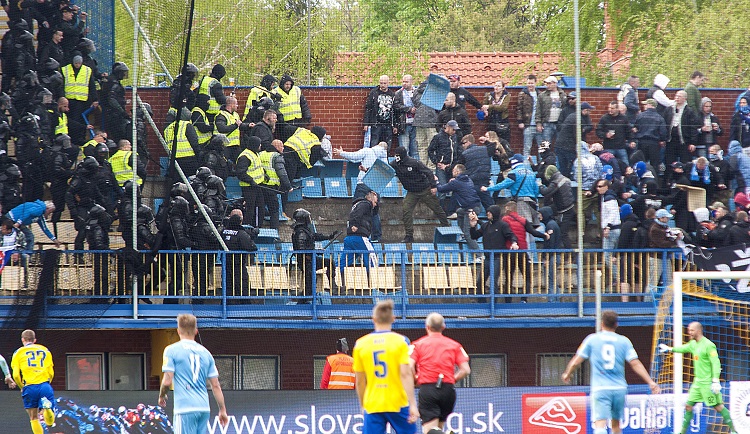 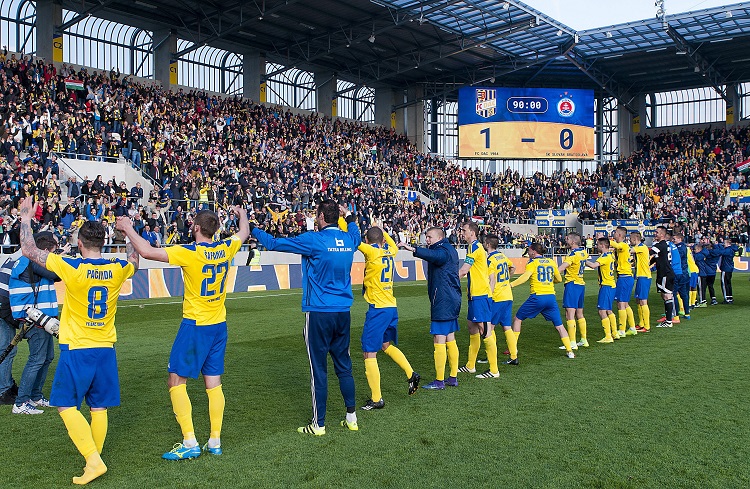 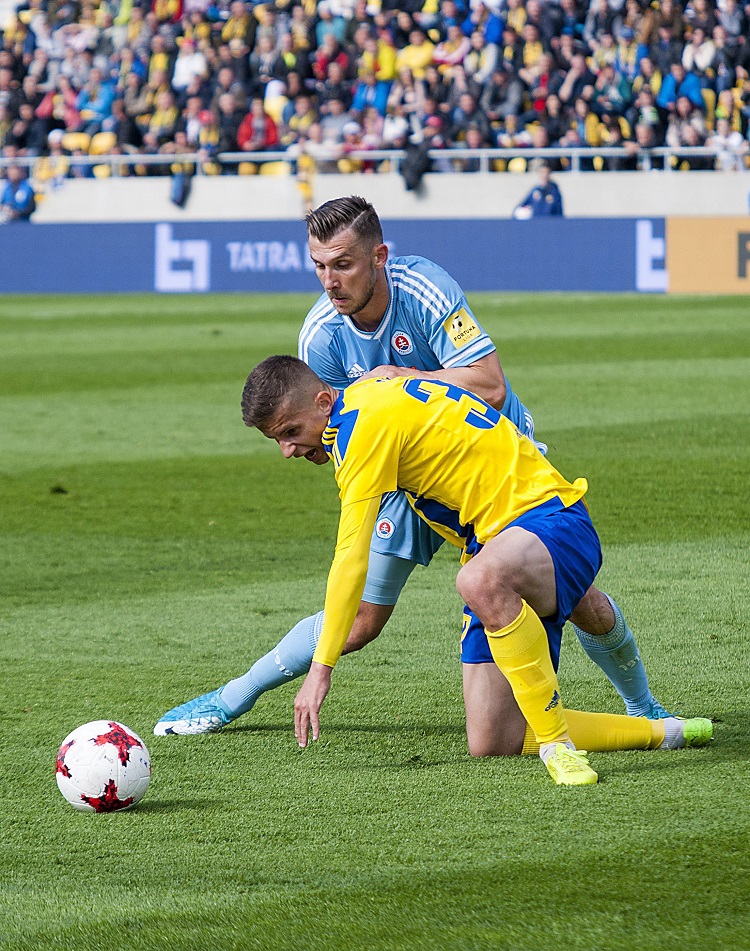 The game must have been special for Hungarian international Tamás Priskin (in blue jersey), who was born in Slovakia and is currently the player of Slovan Bratislava 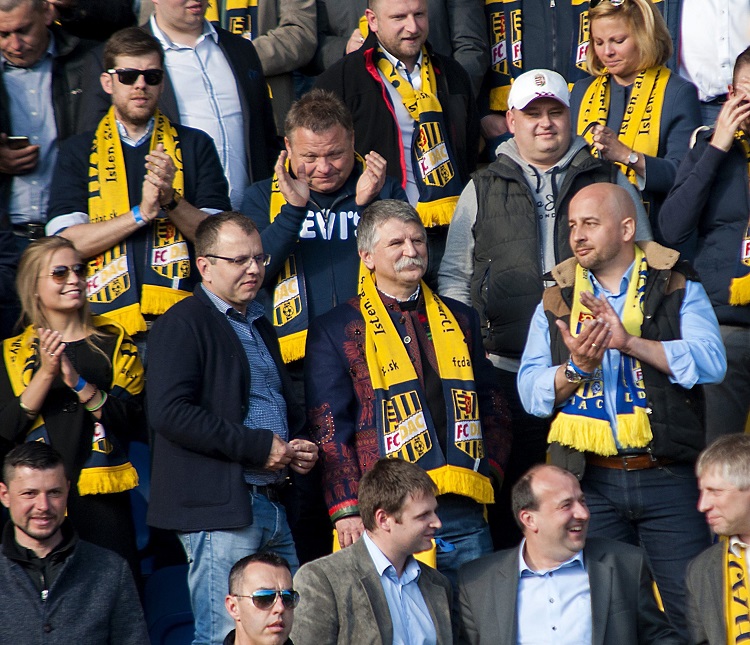 The DAC-Slovan match was also attended by László Kövér, speaker of the Hungarian Parliament