SK Innovation’s plant will turn out batteries for electric vehicles and employ 1,000 people, Szijjártó said. Construction will begin in March and production could start late in 2021 or early in 2022, he added.

Hungary’s government will contribute to the investment, but the scale of the grant is still under negotiation, Szijjártó said. 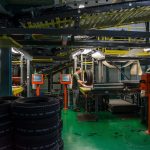