The Secret Of The Old Fisherman: Shocking Hidden Message Found In Csontváry’s Painting 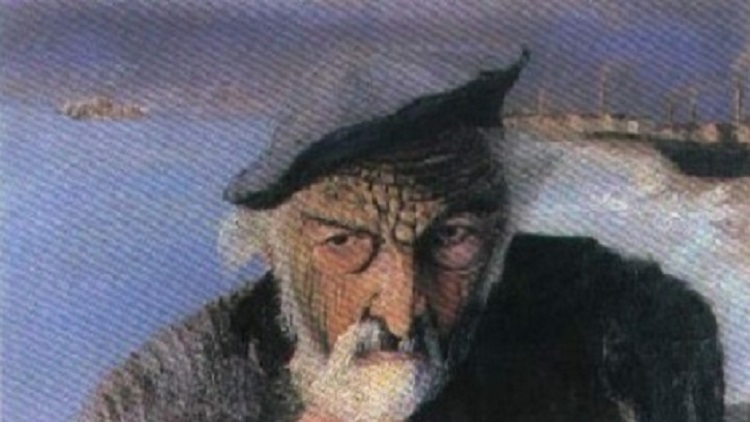 Tivadar Csontváry Kosztka was part of the avant-garde movement of the early twentieth century. The Hungarian painter was one of the first to become known in Europe in spite of working mostly in Budapest. He painted his major works between 1903 and 1909 and had some exhibitions in Paris and Western Europe also. He had a bit eccentric personality for several reasons, for example his vegetarianism, anti-alcoholism, pacifism and opposition to smoking. Some of his biographists considered this as a latent, but increasingly disruptive schizophrenia.

On his panting Az Öreg Halász (The Old Fisherman), we can find shocking details. For the first look there is nothing weird on the picture, maybe except the dissymmetry of the face. Well, if we are mirroring the left side of the picture we get a totally different perfect face. The same thing happens if we do this with the right side.

Moreover, both of the created picture by mirroring will be perfect but with the opposite meaning.

Here is the original picture: 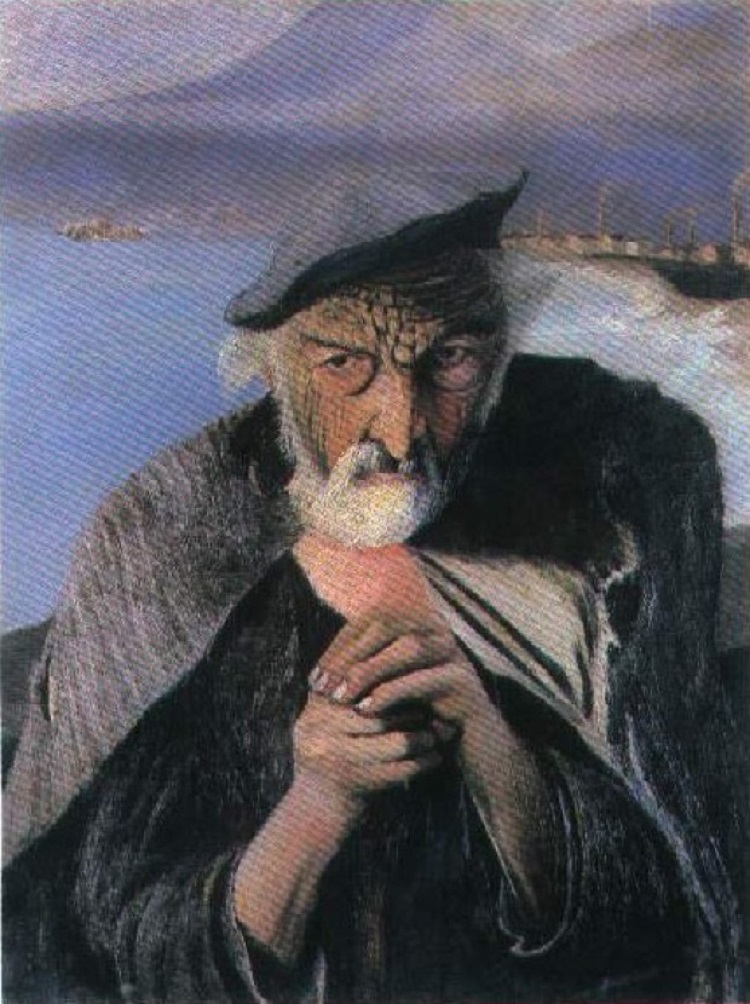 Mirrored on the left side: 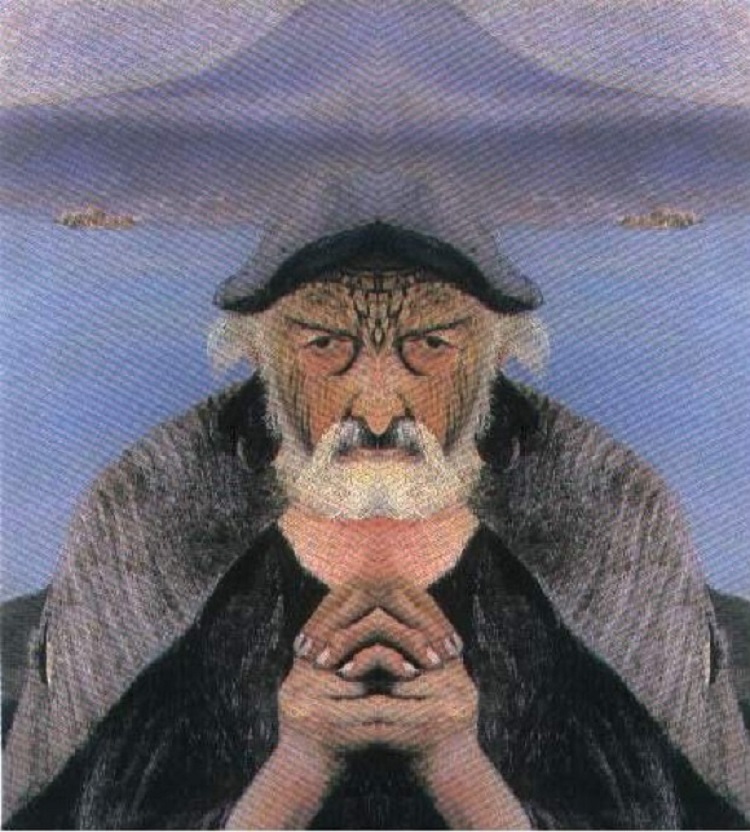 The old fisherman prays in a boat on a calm sea.

Mirrored on the right side: 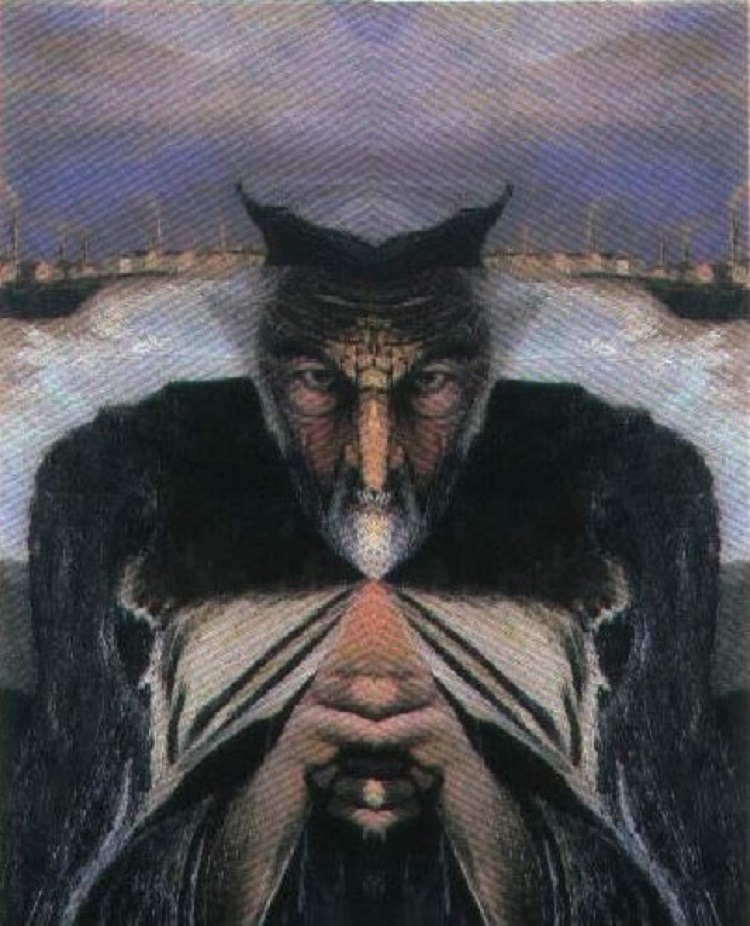 The devil sits in a coffin with a stormy sea behind him.

The painting shows us the bipolarity of human being, the good and the bad faces of us. Tivadar Csontváry Kosztka is worthily one of the best Hungarian painters. 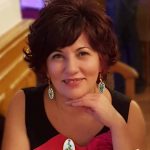