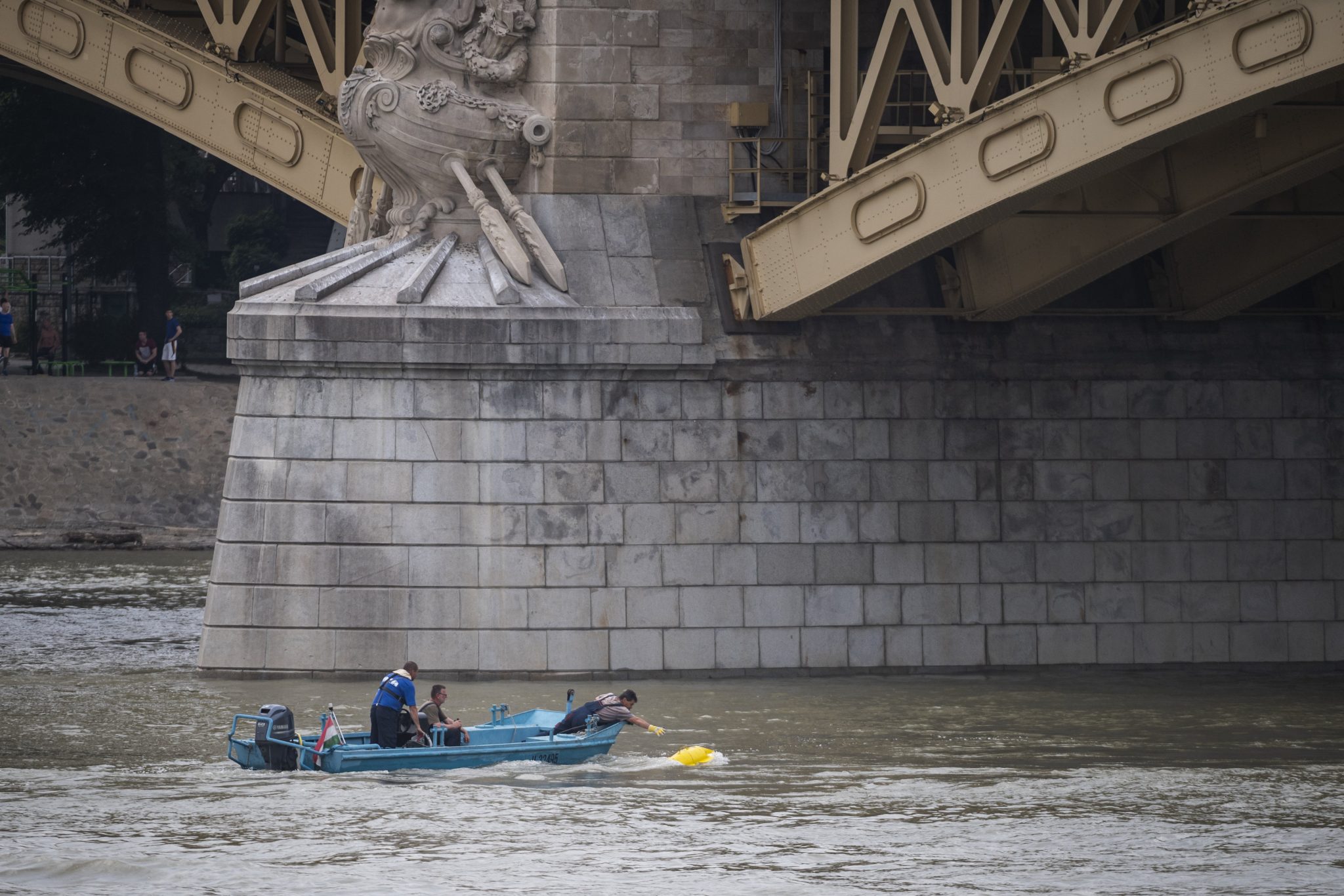 Slovakia is helping to speed up the lowering water levels of the River Danube with a view to aiding the operation to raise of the wreck of the pleasure boat that sank in last week’s collision with a cruise ship, a National Water Directorate (OVF) spokeswoman said on Thursday.

Gabriella Siklós told public television channel M1 that the OVF had turned to its Slovak counterpart with a request to inhibit flows upriver so as to speed up the ebbing downriver.

The large crane will then be able to approach the wreck and begin to raise it.