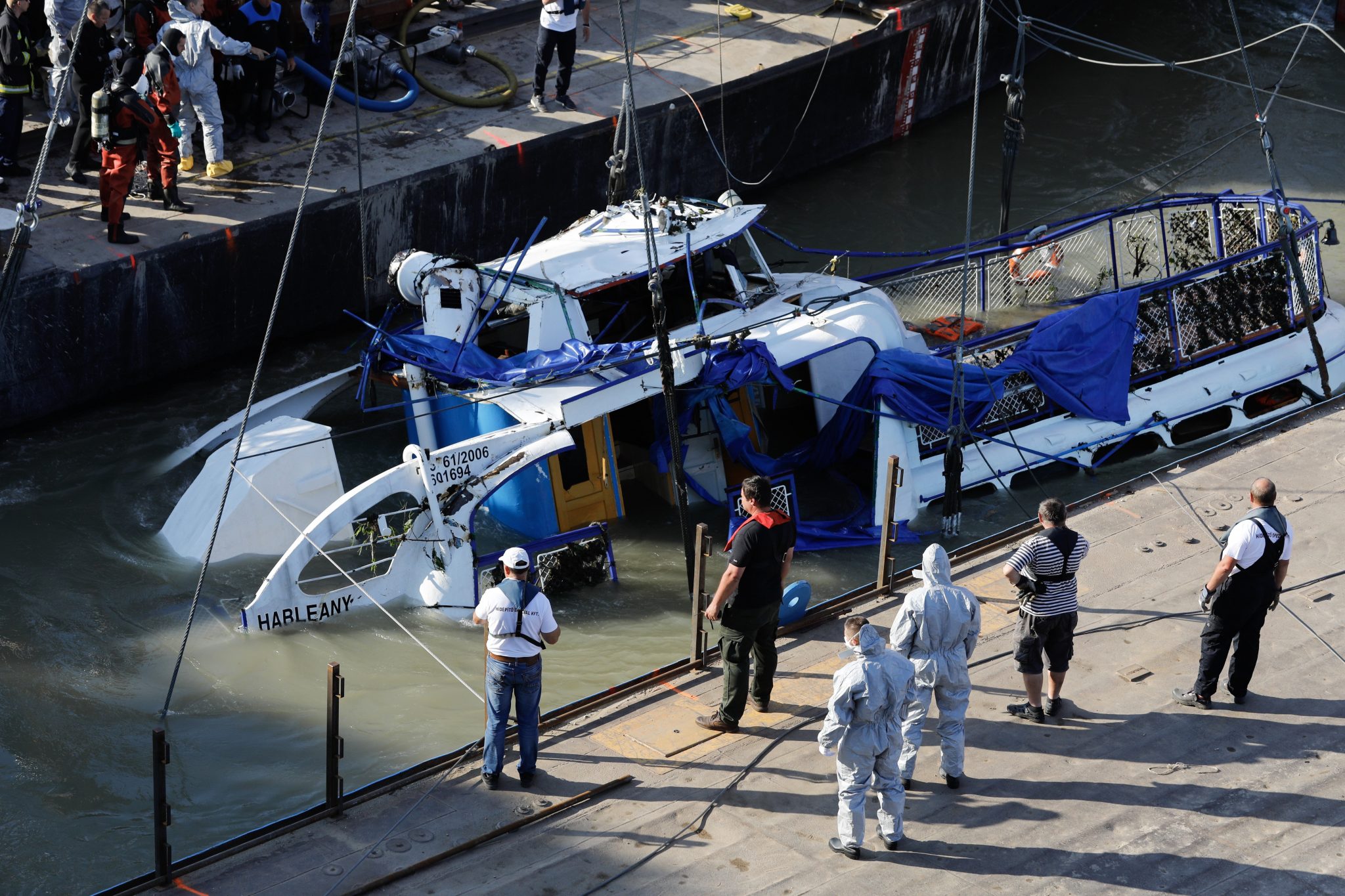 An operation to raise the wreck of the Hableány (Mermaid) pleasure boat which sank into the River Danube at Margit Bridge, killing 26 South Korean tourists and two Hungarian crew, started on Tuesday morning.

The salvage operation is expected to take six hours, according to a preliminary estimate reported during a live broadcast of the operation on public television.

The Hableány sank after a Swiss-owned cruise ship collided into it on May 29 as both vessels passed under a Margit Bridge in Budapest on May 29.

Nándor Jasenszky of the TEK counter-terrorism police, which is responsible for overseeing the operation, told current affairs channel M1 that the critical point of the operation would be raising the hull from the bottom of the river bed.

The frame of the Hableány pleasure boat that sunk into the River Danube could break apart during the operation to raise the wreck, a boat construction engineer told public media on Tuesday morning. Sándor Götz, the designer of the Clark Ádám crane which is involved in salvaging the vessel, said it was possible that damage sustained during the collision was so serious that the salvage operation would have to be stopped.

The salvage will take place in several stages, during which the state of the ship would be assessed at several points.

One part of the ship has already appeared on the surface. When the captain’s bridge emerges, the operation will be paused and firefighters will explore that area. If a body is discovered, priority will be given to taking it to dry ground. Once the vessel is brought to the surface it will be placed on barges.

During each of the four phases of the operation, divers will enter the hull to remove objects, furniture and any objects covering bodies, according to MTI’s correspondent at the site.

The authorities are also ready to mop up fuel spilled from the vessel if any of the 1,400 liters of diesel leaks during the salvage.

The bodies of four of the victims that were trapped on the Hableány pleasure boat when it capsized after colliding with a cruise ship on the River Danube in Budapest have been also removed from the wreck.

The first body was discovered on the captain’s bridge, MTI’s correspondent at the site next to Margit Bridge reported.