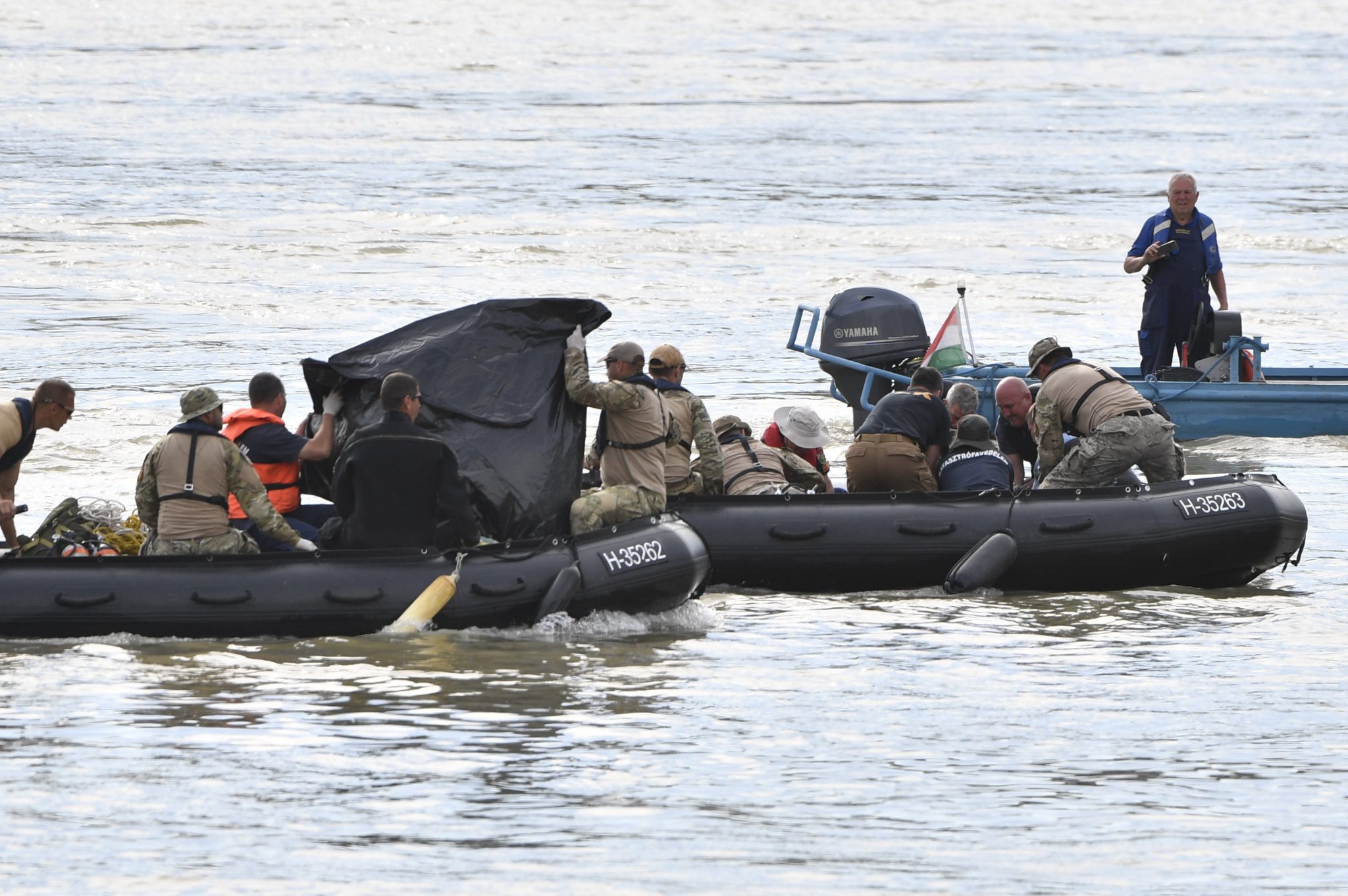 The bodies of two more victims of last week’s Danube ship collision were recovered on Monday, bringing the number of confirmed dead in the disaster to nine.

The national police said on its website on Monday evening that the body of a male victim recovered near the village of Harta, some 100km downstream from Budapest, has been identified. Authorities, however, have not confirmed the victim’s nationality.

Authorities are still identifying the body recovered from the wreck of the sightseeing boat.

The body pulled from the wreck was discovered by Hungarian divers on Monday morning. They marked the body before carrying on with their inspection of the condition of the Hableány’s wreckage. The body was then pulled to the surface by Korean divers.

TEK said rescue teams were working round the clock on “achieving a safe solution to this extraordinary situation”.

Crane to Salvage Wreck from Danube soon to Arrive

The Hableány (Mermaid), carrying 33 South Koreans and two Hungarian crew, collided with a cruise ship and sank last Wednesday. Seven passengers were rescued, nine have been confirmed dead and 19 are still missing. The Ukrainian captain of the Viking Sigyn, a Swiss cruise ship, has been detained.

The body recovered near the southern Hungarian village of Harta after last week’s Danube ship collision in Budapest is that of a South Korean national, a male aged around 60, the South Korean foreign ministry confirmed on Tuesday.

Another body, recovered also on Monday in a joint effort of Hungarian and Korean divers near Margaret Bridge, that of a woman, has also been identified, the police said.