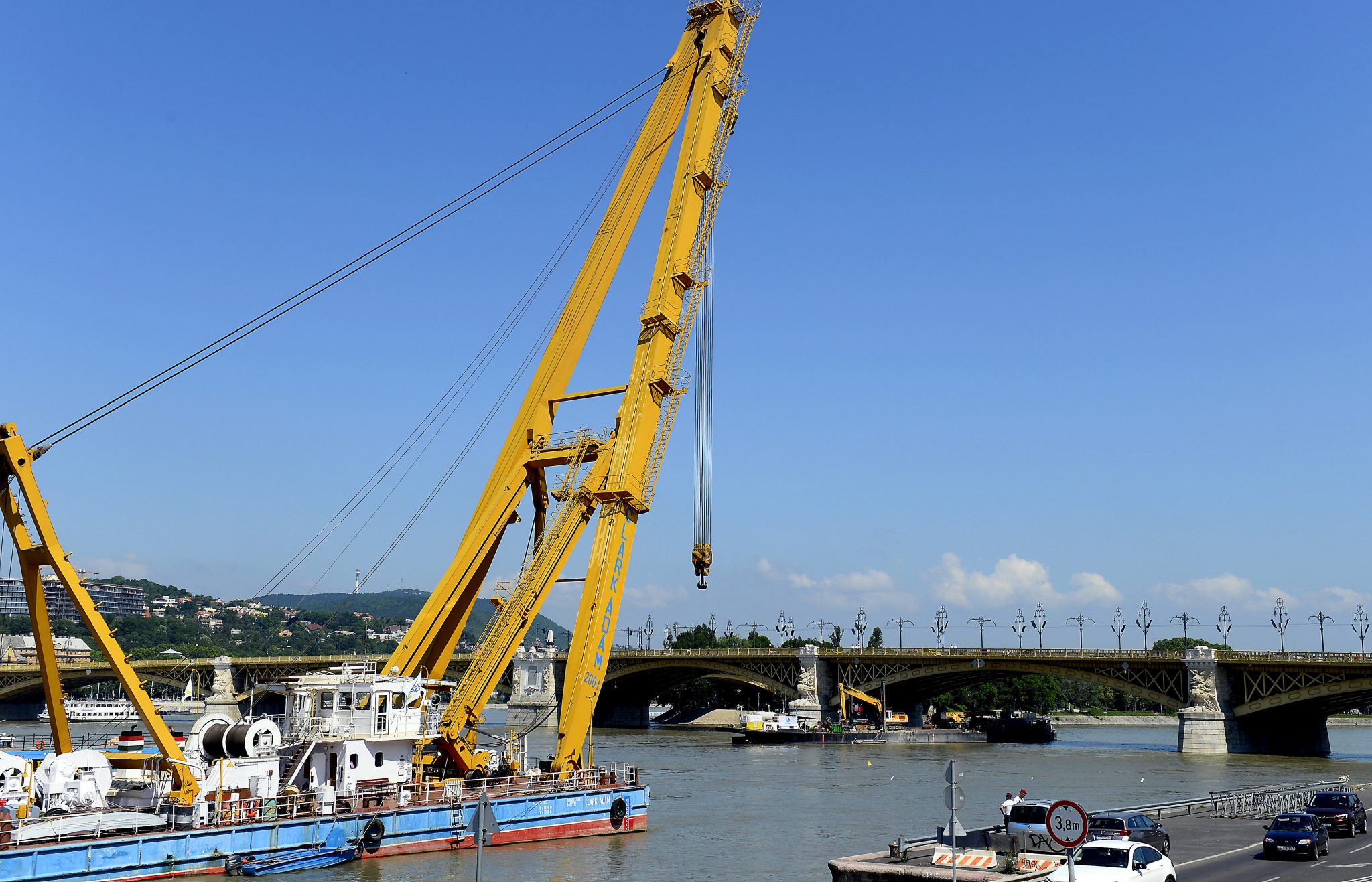 Attempts to hoist the wreck of the sightseeing boat which collided with a large cruise ship and sank in the Danube in central Budapest are expected to begin next week, counter-terrorism force TEK, which is in charge of the recovery efforts, said on Saturday.

Recovery teams have successfully sealed all of the boat’s openings in order to prevent any bodies from falling out of the wreck while it is being lifted, TEK official Nándor Jasenszky said.

The salvage team will install the harnesses onto the wreck on Sunday, he added.

Meanwhile, Jasenszky said a German foundation that has offered to provide search dogs to help locate the remaining victims has been taken to Paks, in central Hungary, to assist the search efforts there.

Sightseeing boat Hableány collided with the Viking Sigyn and sank on May 29. It had 33 South Korean tourists on board and a crew of two Hungarians. Seven tourists were rescued from the water after the collision. The bodies of 18 tourists and one of the Hungarian crew have been found and identified, while a search is still under way for 9 missing persons.