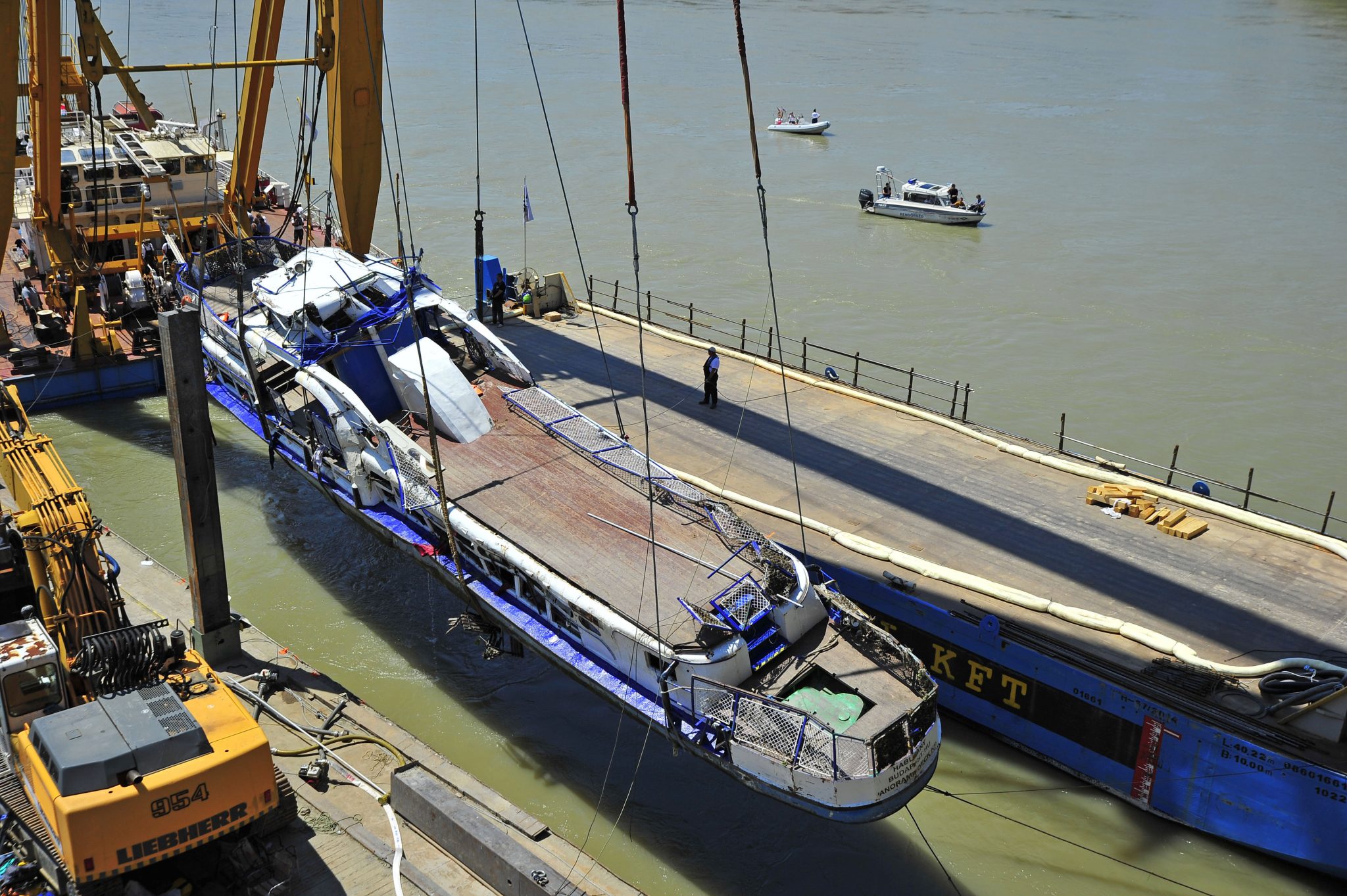 The wreck of the Hableány (Mermaid) sightseeing boat which sank in central Budapest on May 29 has been lifted from the River Danube and placed on a barge at Margit Bridge on Tuesday.

During the salvage operation, the bodies of four victims were found. Four further victims are still missing.

One of them has earlier been identified as that of the only child on board at the time of the collision, public broadcaster M1 reported.

National Police Headquarters spokesman Kristóf Gál told MTI that the wreck will be transported to the Csepel port in the south of the city, where it will be subjected to further examinations. Representatives of the prosecutor’s office will also be present at the procedure, he said.

In a statement on Tuesday, the ruling Fidesz party expressed its gratitude to the experts participating in the operation. Their professionalism amid difficult circumstances and exemplary performance deserve all respect, Fidesz said. The party reiterated its condolences to the victims’ families.