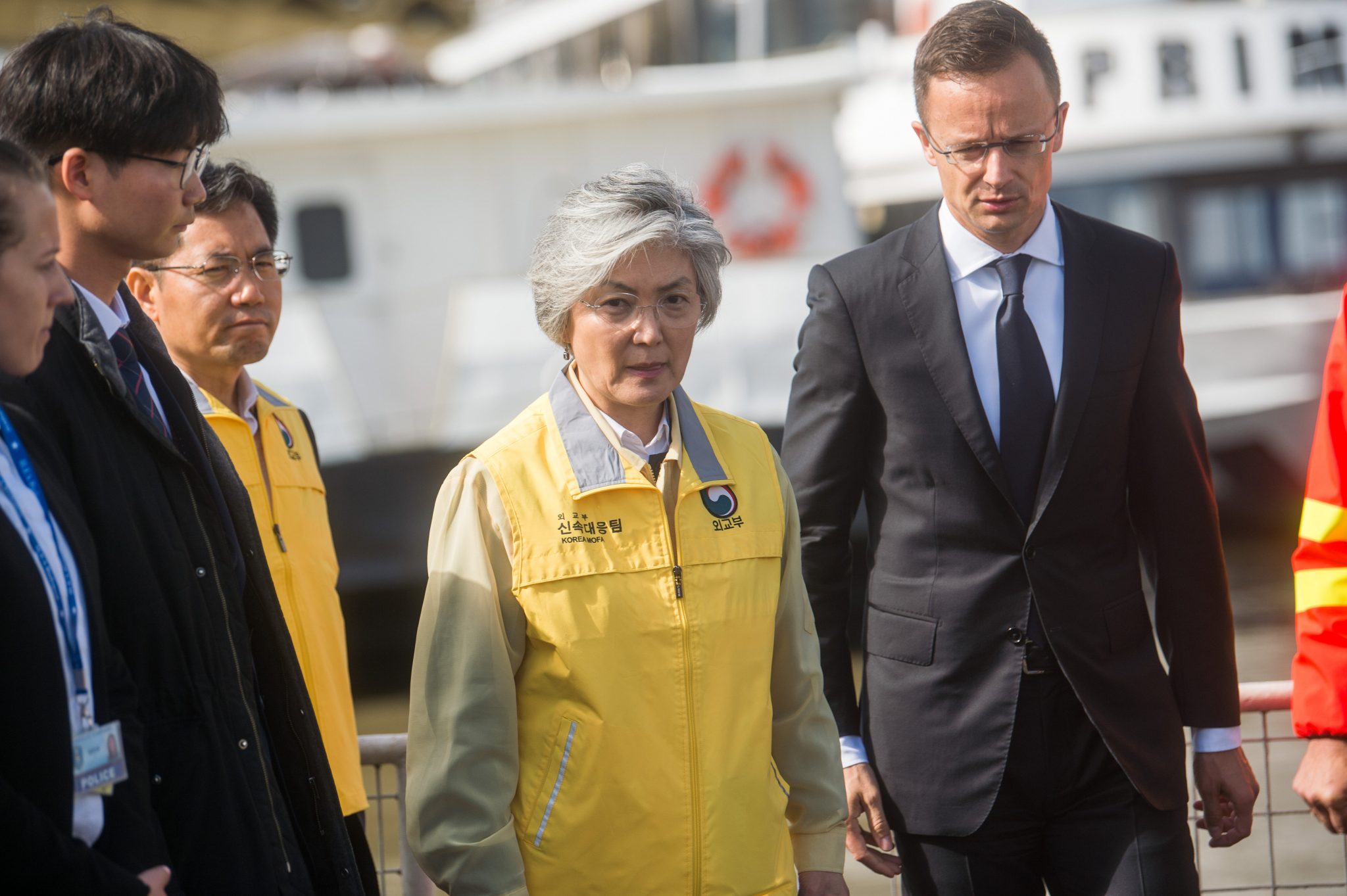 Foreign Minister Péter Szijjártó and his South Korean counterpart Kang Kyung-wha visited the site of Wednesday’s ship collision on the Danube in central Budapest, on Friday.

In the incident, a small sight-seeing ship carrying South Korean tourists collided with a large cruiser and sank. At least seven people died and 21 other have been reported missing. 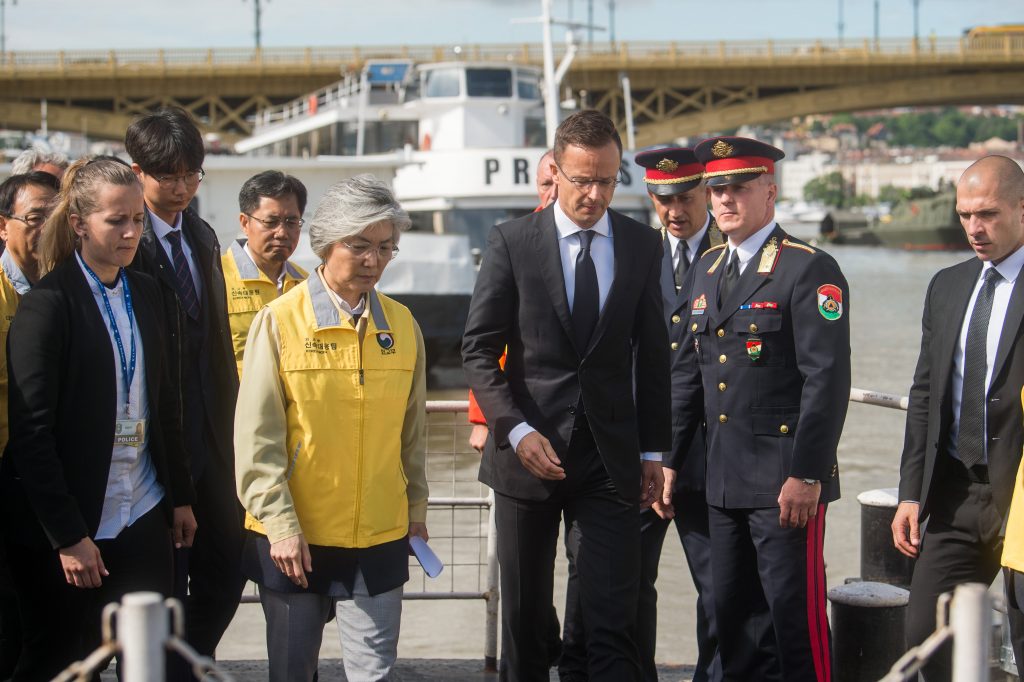 The two foreign ministers were accompanied by Hungarian government officials, leaders of the disaster management authority, and South Korean diplomats.