Shamrocks on the Danube: Saint Patrick’s Day Celebrations in Budapest this Weekend 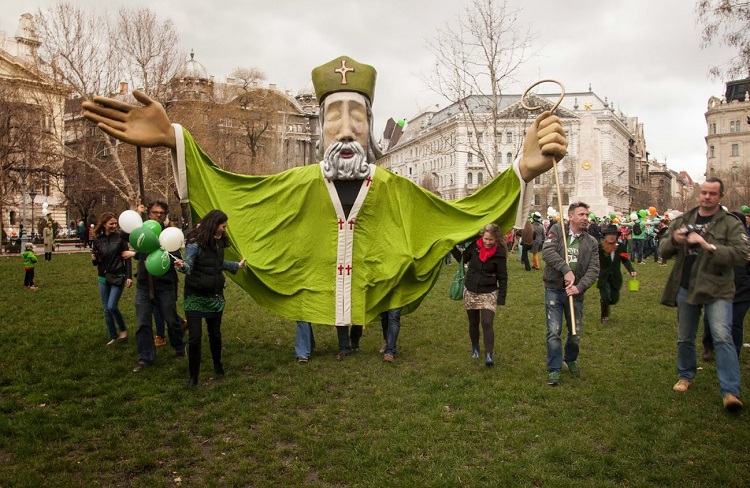 Today is St. Patrick’s Day, a celebration of Ireland’s patron saint, a day when famously (or perhaps infamously), ‘everyone can be Irish for a day.’ And while the Danube won’t be dyed green like the Chicago River, Budapest will also be playing host to a number of St. Patrick’s Day celebrations, both today and over the course of the weekend. 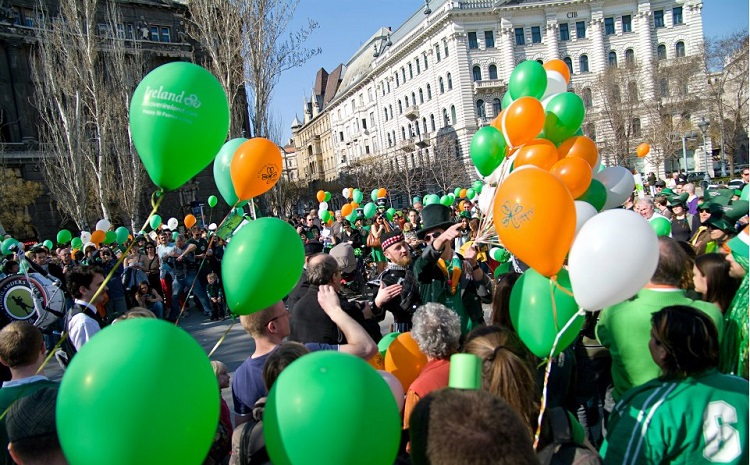 According to Hungarian wire service MTI, the Irish Embassy will be hosting a number of events related to the holiday, with an official reception taking place today at which Irish State Secretary Marcella Corcoran Kennedy will celebrate St Patrick’s Day together with representatives of the Hungarian government. In addition, Ms. Kennedy will present the embassy’s annual scholarship to two Hungarian students supporting their scientific research in Dublin.

Buildings around the world will be lit up green to celebrate the internationally known Irish holiday, from the Eiffel Tower in Paris to the Sydney Opera House on the opposite side of the globe. And in case anyone was worried, the Hungarian capital will be dressing up in festive colors as well, as the Chain Bridge, the Palace of Arts, the all-new Tüske Sports Hall and the Bank Centre housing the Irish embassy will all be lit up in green to celebrate Ireland. In total, some 240 landmark buildings around the world will be feeling green this weekend.

On Saturday evening the annual Irish Business Gala Dinner “Craif agus ceoil” will be held, with prominent representatives of Irish and Hungarian businesses in attendance.

In honor of this important holiday, Ireland’s President (or Uachtarán na hÉireann), Michael D. Higgins, published a video wishing everyone in the world a Happy St. Patrick’s Day.

But if formal dinners and presidential addresses aren’t your speed, don’t fear, there are plenty of festivities planned for the weekend. Bars throughout Budapest have St. Patrick’s Day specials this weekend for those who prefer their culture in liquid form, and Budapest residents will no doubt experience the special treat of green-bedecked “singers” in the wee hours of the morning this holiday weekend.

The biggest event will come on Sunday, with a traditional St Patrick’s Day Festival and Parade featuring stilt walkers, jugglers, Irish wolfhounds and musicians. The parade will take place in downtown Budapest on Sunday afternoon.

At 3pm, the parade will depart from Szabadság Square to march through Pest to Andrássy Avenue; the march will end at the Fogasház Club, where there will be an Irish pub festival. And for the first time ever, 52 pipers from Ireland will be taking part in the parade, making sure that anyone whose head already hurts will have a double-strength headache by the end of the day.

If you are interested in learning more about the history of Saint Patrick’s Day, the Irish Department of Foreign Affairs and Trade has released an excellent infographic about the holiday, which you can view below:

For all you celebrating St. Patrick’s Day in Budapest, then, we at Hungary Today would like to say Éirinn go Brách!