THE NYT, FP AND BLOOMBERG ARE AT IT AGAIN… BADGERING THE HUNGARIAN GOVERNMENT IN THE “LOVING SPIRIT” OF THE HOLIDAY SEASON! 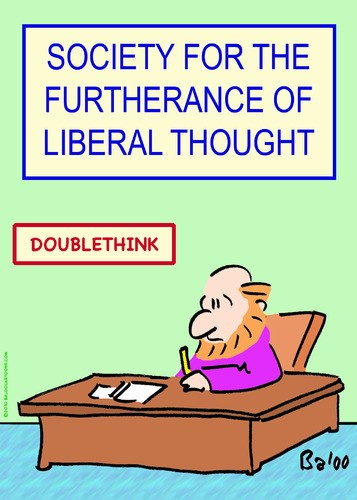 Now that Donald Trump has officially won the presidential elections in the United States and will be inaugurated President on January 20, 2017, leading western newspapers, magazines and online journals have been launching a last-minute barrage of political attacks against the democratically elected Hungarian (Polish and other) governments. Their motto: if you can’t beat them democratically, continue to undermine them, destabilize them, disparage them and annoy them by nondemocratic means. Their pretext and underlying reasoning usually rely on some undocumented and unverifiable accusations or innuendos upon which they construe a dubious case of unsubstantiated avalanche of attacks.

Their favorite line keeps keeps on being regurgitated: “democracy is being deconstructed by the center-right government in Hungary”. What weakens their argument instantly is that this center-right government was not only elected in fair and free elections by a great majority of the voters (2/3d in the case of Hungary), but the Hungarian government continues to enjoy unrelenting support among Hungarian voters, which is to say that it has pervasive legitimacy. In essence, “deconstructing democracy” would be precisely the process of destabilizing and removing this government from power, which is exactly what these paid open-society provocateurs want. Losing is not something the Hungarian left can do elegantly.

On November 9, The New York Times published a piece criticizing the Hungarian government for losing a bid to block migrants being sent to Hungary based on a mandatory EU quota system, whereas it was Jobbik that betrayed its original commitment to support this prudent legislation that was reiterated by an overwhelmingly pro-government referendum on this issue.

Approaching the holidays, Foreign Policy also got into the ring and published an essay on December 6 by Noah Buyon (we can recommend a place where he should be “buyon”) claiming that Trump and Orbán will not be friends for too long. The author featured the views of András Simonyi and Charles Gati, two of their favorite old-time professional whiners and moaners, who trigger-happily predicted that Trump will eventually get angry with Orbán for not fulfilling Hungary’s 2 percent GDP proportioned NATO spending requisites (currently Hungary allegedly spends only 0.95 percent). Wow! What a highly intellectual break-through revelation. This is the centerpiece of this essay, while, of course, Simonyi and Gati continue to demean the Hungarian government and their voters as populist, retrograde nincompoops. And, of course, they did not forget to mention “democratic backsliding” once again, whatever the heck that means. What all this adds up to is a lot of hot air and empty rhetoric, not much else. And, of course, the usual envy and hate-mongering. Merry Christmas to you too!

And then there is always a little “illiberal democracy” bashing, lack of media freedom accusations, constitutional court curtailment claims without specifics, unsubstantiated corruption allegations, etc. bla-bla-bla… And a lot more bla-bla-bla. Or bluff, bluff, bluff, as President of the National Bank of Hungary responded some time ago in the Hungarian Parliament.

While opposition old timers moan and whine, signs actually point toward a new chapter in U.S.-Hungarian relations, as Orbán and Trump had a friendly phone chat late November. Later, Orbán said that Trump invited him to Washington when he mentioned in passing that it had been a long time since his last visit, as the Obama administration treated him like a “black sheep.” According to Orbán, Trump laughed and said “don’t worry, they treated me the same way.”

Finally, on December 15, during the last days of the Christmas shopping rush, when hyped up consumers tried to locate new shipments of “hatchimals” in the United States, Bloomberg also jumped on the bandwagon with an article, claiming that the Populist Magic is Fading in Hungary.
They claim that the economic outlook of the country is clouded by allegations of cronyism and government intervention that undermine competitiveness, hamstring growth and drive away investors even after Hungary regained its investment-grade debt rating. “Hungary is becoming a sort of Potemkin economy,” said József Péter Martin, head of Transparency International in Budapest. “It looks good from the outside, but is deteriorating from the inside.”

Not so, says the government in Budapest. Orbán, the first European leader to openly back Trump’s presidential bid, credited his resistance to join mainstream thinking for economic success and the numbers are stacking up.

Moody’s Investors Service on Nov. 4 became the last of the three major credit rating companies to boost Hungary’s investment grade as Orbán proved his commitment to budget discipline. Hungary’s borrowing costs are now lower than in Poland, which has a higher rating. Unemployment is among the EU’s lowest, at 4.7 percent.

Last month, Orbán announced that the corporate income tax would be 9 percent starting next year, the lowest in the EU. And the cabinet continues to court investments with generous tax breaks in niche sectors, such as the car and shared-service industries.

But no government ever does a perfect job. Admittedly (even by them) there are flaws and corrections that need to be made. Social sensitivity may need more focus and the economic divide needs to be narrowed. Overall, however, no sane policy analyst can claim that this government has not done an excellent job. It has. And most of all, it has focused on Hungarians first! The citizens appreciate that. There is a renewed national pride in Hungary, the economy is stable and spirits are improving.

Of course, major newspapers and magazines can always find policy experts to reiterate what they want to say in the first place. So, the naysayers are running amok yet again. They preach that the center-right governments in east-central Europe are undermining European stability. Yet, they are the ones who undermine European stability. Just look around in Europe and watch as innocent civilians are getting assaulted and massacred by illegal migrants and terrorists as a result of their failed policies. One day, they will have to be held accountable for that.

They are also huffing and puffing that these governments are undemocratic. Yet, they are the ones being undemocratic. They advocate that liberalism is to only way to build a democracy. Yet, even superfluous research reveals that there are some 570 different types of democracies that have tried across the globe during the past 300 hundred years or so. They claim that corruption and cronyism rule in these countries, yet their professional corruption and cronyism overshadow the amateurish scale of corruption and cronyism detected throughout east-central Europe. They say Hungarians and Poles tend to like authoritarian governments and these governments are intolerant, yet these Brussels-based bureaucrats are the most authoritarian and intolerant leaders in Europe, if not in the entire world, discounting, of course, the deranged North Korean dictator. Finally, they preach that Hungary’s tough immigration policies are pinned against European values. Yet they are the ones destroying European values by encouraging immigration and insisting on an open-door migration policy that the autocratic German chancellor and other liberal European leaders are advocating.

So, approaching the holiday season, are there any signs of rapprochement between the political sparring partners? A negligible amount, if any at all. But, change typically comes by leaps and bounds, not by osmosis. A quiet sort of voting booth revolution is already spreading throughout Europe and America. An anti-establishment mood has been taking over in an increasing number of nation states across Europe and globally. In fact, belligerent globalist and interventionist sentiments are losing their momentum on both sides of the Atlantic and no matter how many articles and essays these paid provocateurs help publish, the age of political correctness is fast approaching its twilight days in the course of human events. Happy New Year to all who are working towards a sense of reconciliation on the horizon! 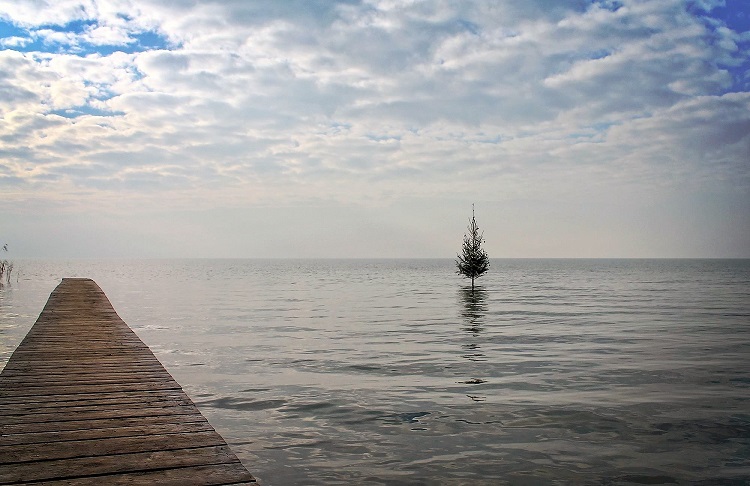 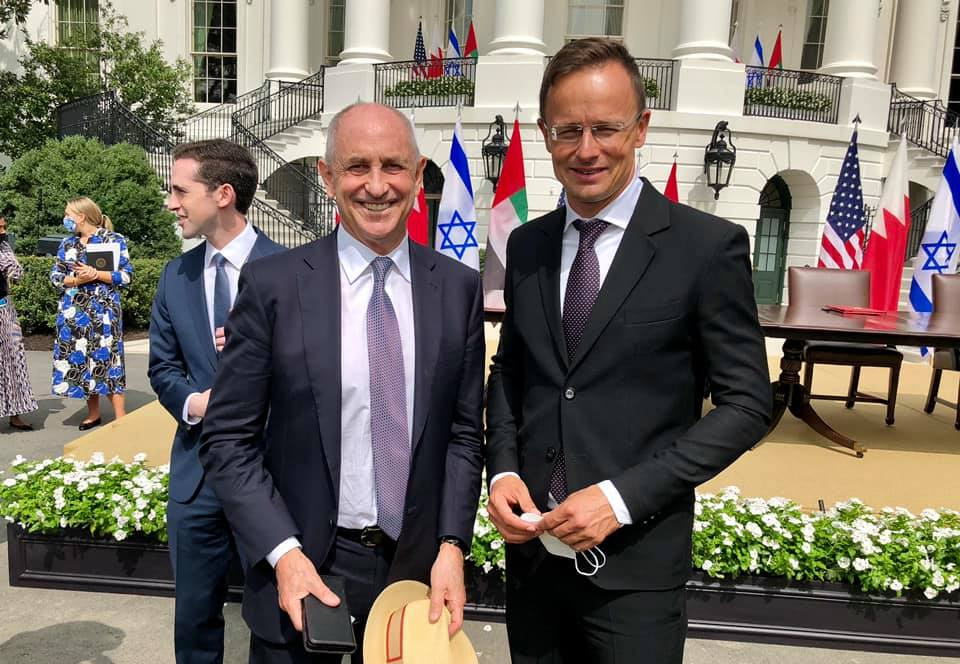 Hungary supports the candidacy of Chris Liddell, US President Donald Trump’s deputy chief of staff, for the post of OECD secretary-general, said Hungary’s foreign minister Péter Szijjártó on Facebook on Sunday. The Organisation for Economic Cooperation and Development, which is scheduled to elect its secretary-general soon, will play a major role in shaping the new world economic […]
Hungary Today 2020.09.21. 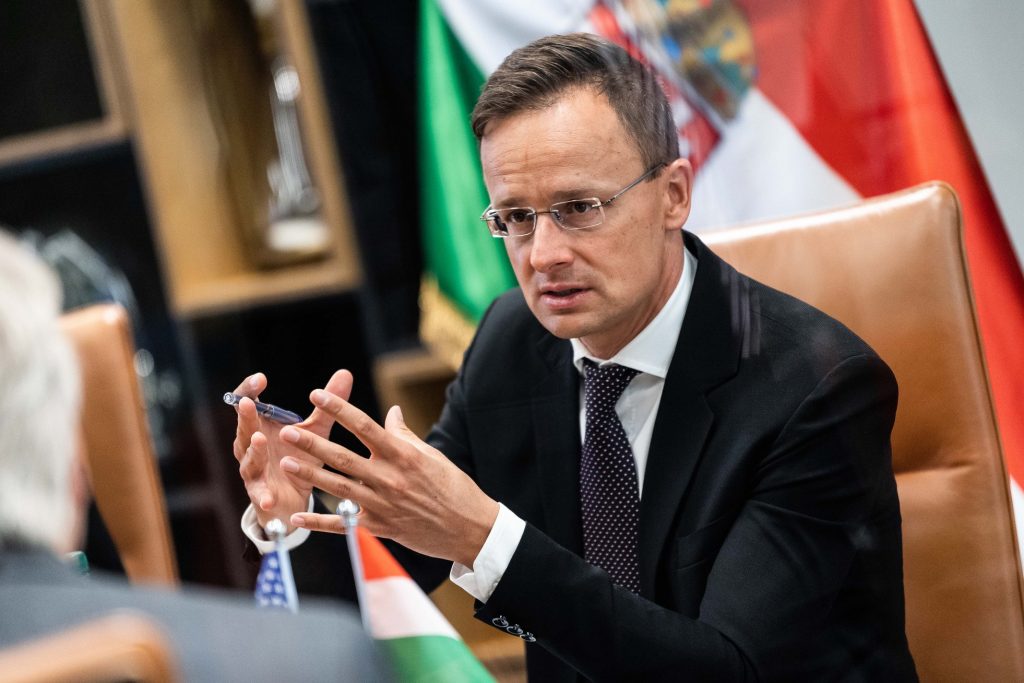 Hungary, the Hungarian government and Prime Minister Viktor Orbán are regarded with respect, appreciation and support in the White House, the foreign minister said in a Facebook entry on Tuesday evening, after a ceremony. Péter Szijjártó was the only EU foreign minister to attend there the signing of Israel’s agreements with the United Arab Emirates […]
MTI-Hungary Today 2020.09.16.