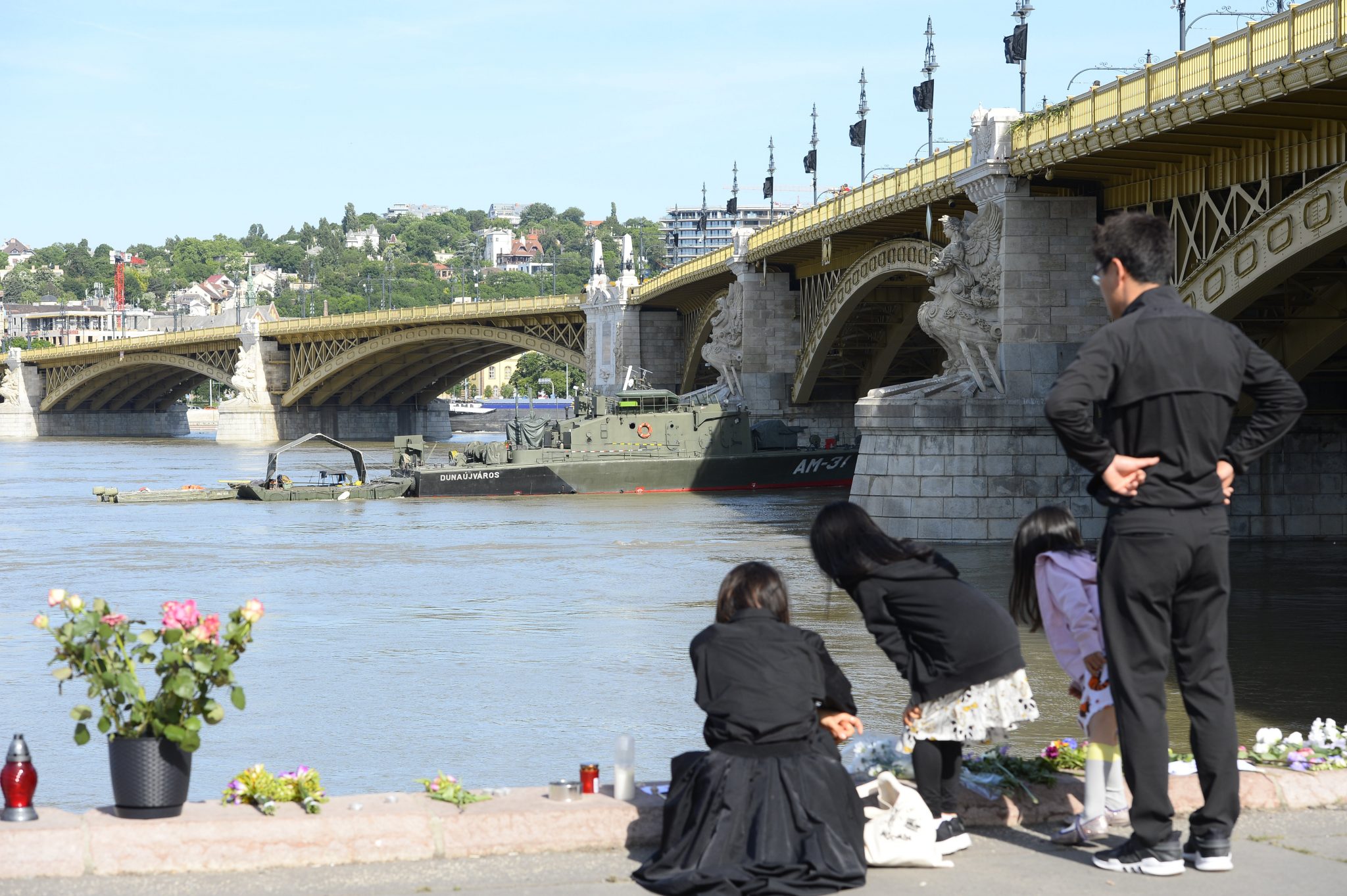 Kristóf Gál said on Saturday that they had presented photographs to the relatives of the victims during the identification process and South Korean authorities were on hand to help.

Meanwhile, the spokesman said police helicopters had not been deployed in the rescue operation due to poor weather. Police helicopters equipped with night vision did not receive take-off permission either from Liszt Ferenc International Airport or from the Bácsbokod airport, he said.

Interviewed by M1 was a policeman, Richárd Virág, who was the first to arrive at the scene of the disaster. He said on Wednesday at 9.10pm a message on the police boat’s radio said that people had been spotted in the river between Margit Bridge and Parliament.

The policeman said they arrived within five minutes, where a man in the water near Chain Bridge shouted for help. In a state of shock and suffering from hypothermia, he was lifted into the boat together with a woman who was lifeless. They attempted to resuscitate the woman and called for an ambulance. He added that the oily state of their clothes and the large waves impeded the rescue.

Gál told MTI that the first water police units arrived at the scene at 9.15pm, while the first units on land arrived at 9.19pm.

Police are continuing their search of the entire Danube riverbed south of Budapest.

At the weekend, the main task is to build a containment structure allowing divers to work on the wreck, M1 reported.