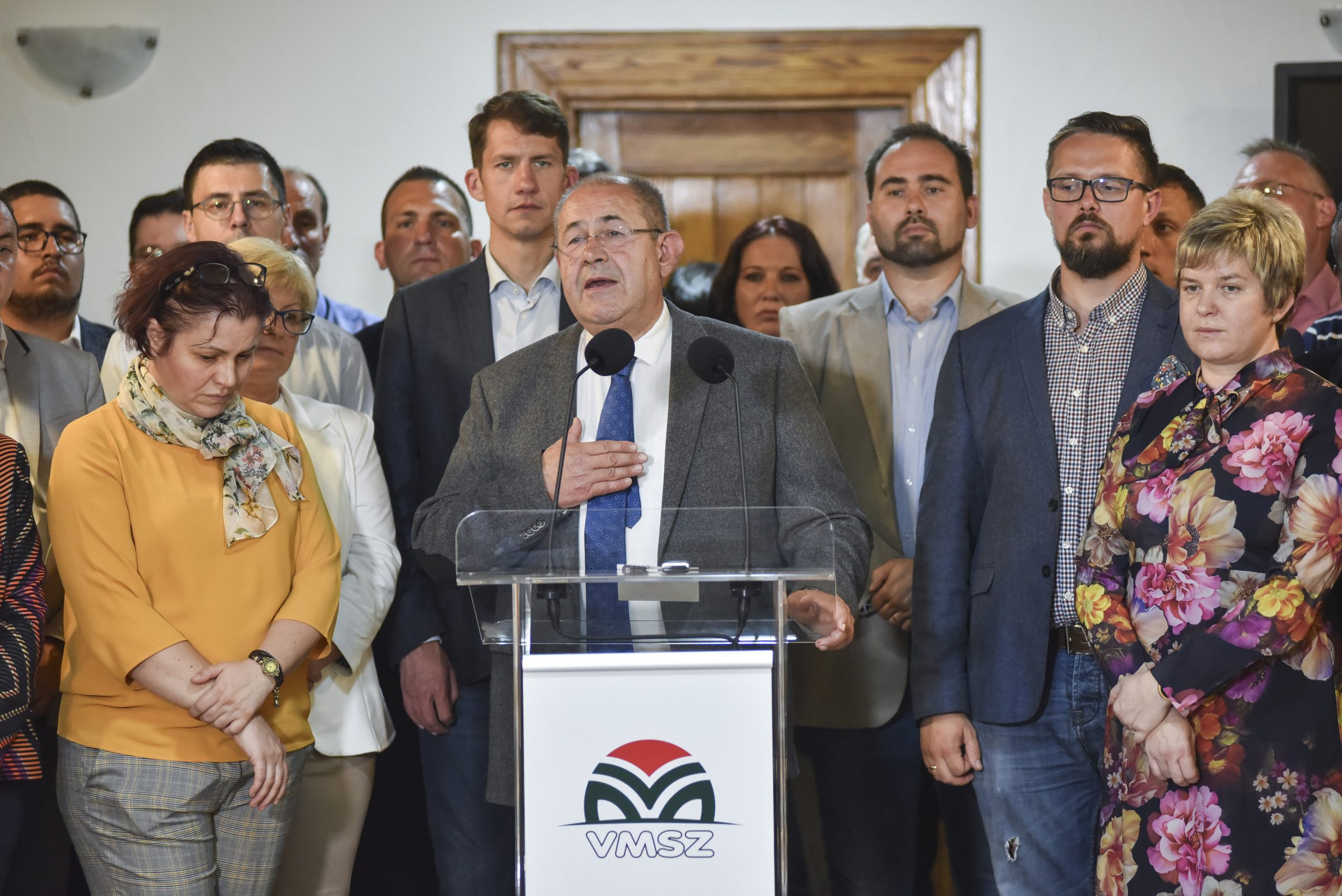 The parliamentary and municipal elections, as well as the provincial elections in Vajdaság (Vojvodina), ended in Serbia on Sunday evening at 8 p.m. Confirming preliminary polls, President Vucic’s party won the elections, while much of the opposition boycotted the vote. At the same time, the ethnic Hungarian Alliance of Vojvodina Hungarians (VMSZ) achieved a historic result, with an estimated 70,000 votes cast for the party.

The Alliance of Vojvodina Hungarians won more support than ever before before in the parliamentary, Vojvodina provincial, and municipal elections in Sunday’s Serbian elections, said István Pásztor, head of the party.  The 2011 census showed that some 250,000 ethnic Hungarians live in Vojvodina, and yesterday the party garnered nearly 70,000 votes. Thus, it is expected that the party will have nine representatives in the republic’s parliament instead of the previous four. This will be the highest number of MPs in the last 27 years.

Pásztor said that “the last time the Hungarian community in Vojvodina had so many representatives was when the community had only one Hungarian party during the regime change in the early 1990s, when it was estimated that hundreds of thousands more Hungarians lived in Vojvodina than now.”

The largest Hungarian party so far had six members in the Vojvodina Provincial Parliament, and according to preliminary results, fifteen politicians will be able to represent the party in the Újvidék (Novi Sad)-based House of Representatives for the next four years. According to the available data, the VMSZ obtained 13.6% of the votes in Vojvodina.

Speaking about the results of the local government elections, István Pásztor emphasized that they are still very incomplete, but the preliminary data is encouraging in places important for Hungarians, such as Magyarkanizsa, Zenta, Kishegyes, Topolya, and Szabadka.

On Monday, Prime Minister Viktor Orbán welcomed the ethnic Hungarian VMSZ party’s victory at the general elections in Serbia this weekend, and in a congratulating letter to VMSZ head István Pásztor wrote that it is “a message to the whole of the nation.” Orbán welcomed the results, saying that Vojvodina Hungarians showed that they “believe in the power of unity and have the strength to shape their own lives.” The Prime Minister added in the letter that VMSZ has turned out to be Vojvodina’s third strongest party, and suggested that the community could double their seats in the Serbian parliament as a result of “hard and persistent work in recent years.”

Árpád János Potápi, state secretary in charge of ethnic Hungarian communities abroad, also addressed the election results, saying that the VMSZ scored a “historic success,” adding that VMSZ reached better results on Sunday than in previous elections. Potápi also congratulated VMSZ, which he said had been strengthened by its leader István Pásztor, making it into a political party that can keep all ethnic Hungarians in Vojvodina together.