Some See Only The “Socioromantic” Side Of Immigration, PM Orbán Tells German Newspaper 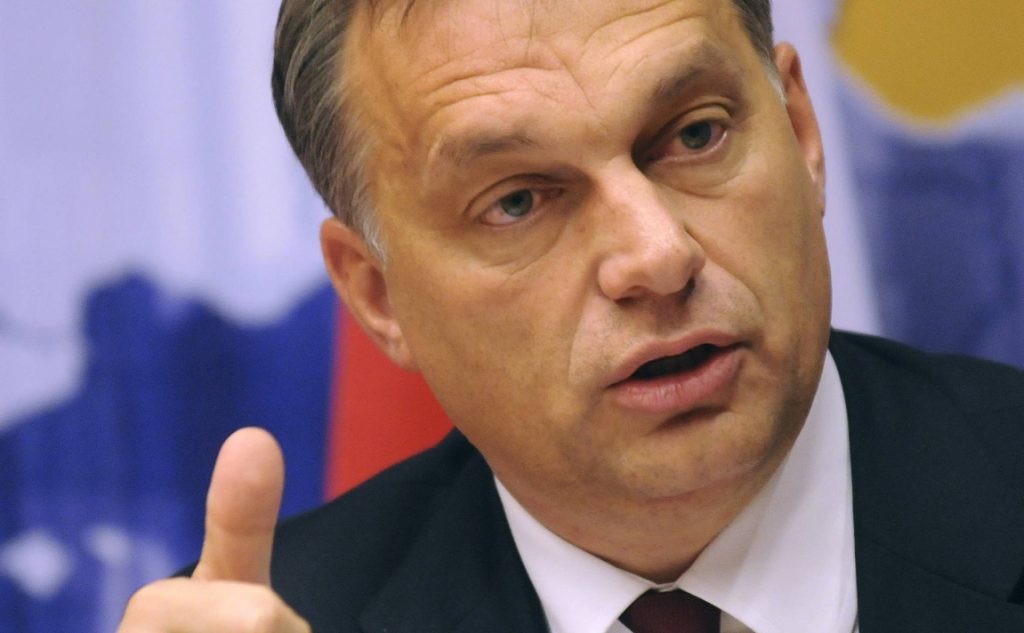 “We cannot allow room for anarchy”, Hungarian Prime Minister Viktor Orbán said in an interview published in Germany’s Passauer Neue Presse, commenting on migration into Europe. Orbán insisted that if Greece had protected its borders Europe would have not faced a migrant crisis. He added that Hungary observes international and European laws by protecting the Schengen borders, and called criticism of that approach “absurd”.

Concerning Islam, Orbán said that “Hungary has a healthy approach to Muslims”. Islam calls for respect for “civilising a very difficult part of the world”, he said, but added that Christian civilisation and Islam civilisation “won’t go hand in hand”. The difference between them will lead to “parallel worlds”, Orbán said. He argued that “Muslims will have more children than we, Europeans” and argued that an influx of Muslim immigrants would change the target country in a matter of 20 years. “Some European countries have decided” to become such target countries and “will not see but the positive, socioromantic side” of immigration, Orbán said. “Germany seems to be one such country and it will artificially change the composition of its population”. Hungary, on the other hand “will not be a nation of immigrants” and “nobody can force us to become an immigrant country”, Orbán told the paper.

Concerning European funds and solidarity, Orbán said if a member country decided to allow migrants in, “the consequences cannot be distributed among other members”, and insisted that “Berlin cannot pass the consequences of its decision on to others, through Brussels”. Blaming Hungary for “only drawing EU funds” is “offensive” because “that is just one side of the coin”, because the community’s old members “make a huge amount of money on Hungary”, Orbán said. He argued that cohesion funds would “only partly compensate Hungary for being trampled on by the enormous economic power of other EU countries”.

Fidesz closer to CSU than CDU

On another subject, Orbán said that Hungary’s EU membership is “unshakable”. Hungary is a “western type Christian country” and has a “natural” part in Europe, he said, but added that Europe should not be “isolated” but have dynamic ties with both west and east. Concerning Russia, Orbán urged “clever and well-considered” cooperation between Europe and Russia. “In Hungary we do not feel that Russia should jeopardise our security”, he added. Referring to the German chancellor, Orbán said that Europe “could not have given appropriate answers” to challenges of the past decade without Angela Merkel, who has “invaluable merits”. Orbán wished Merkel success in the 2017 elections, suggesting, however, that his Fidesz party, earlier referred to as “Hungary’s CDU” is now closer to Germany’s CSU party.

Following his visit to Bavaria, the Hungarian Premier traveled further to Belgium. “The time has come to do something for Ukraine”, Orbán said at the opening of a two-day Brussels summit of European Union heads of state and government on Thursday. Ukraine should be given the possibility of visa-free travel, he said, adding that all legal obstacles have been removed, yet the EU has not brought about a political decision. “I will initiate that we bring about the decision that all of Ukraine’s citizens should be able to enter the territory of the European Union freely without a visa.” In response to a journalist’s question concerning the settlement of migrants, Orbán said the European Commission’s proposal regarding binding quotas did not have a chance of getting a consensus, since Hungary would never ever support it.

“They should withdraw it and put forward a new proposal and start negotiations based on new foundations,” he said. Earlier Orbán held talks with Ukrainian President Petro Poroshenko in Maastricht. They agreed that the EU could best help Ukraine in the current situation by granting it a visa waiver. Orbán reassured Poroshenko that he would continue to strongly advocate in all European forums that the visa requirement for Ukrainian citizens should be lifted. The two sides expressed hope that a concrete action plan on boosting bilateral economic relations could be signed during Poroshenko’s visit to Hungary in November. The Hungarian Premier was accompanied by cabinet office chief Antal Rogán. Prior to the meeting with the Ukrainian president, Orbán also held talks with EPP President Joseph Daul.