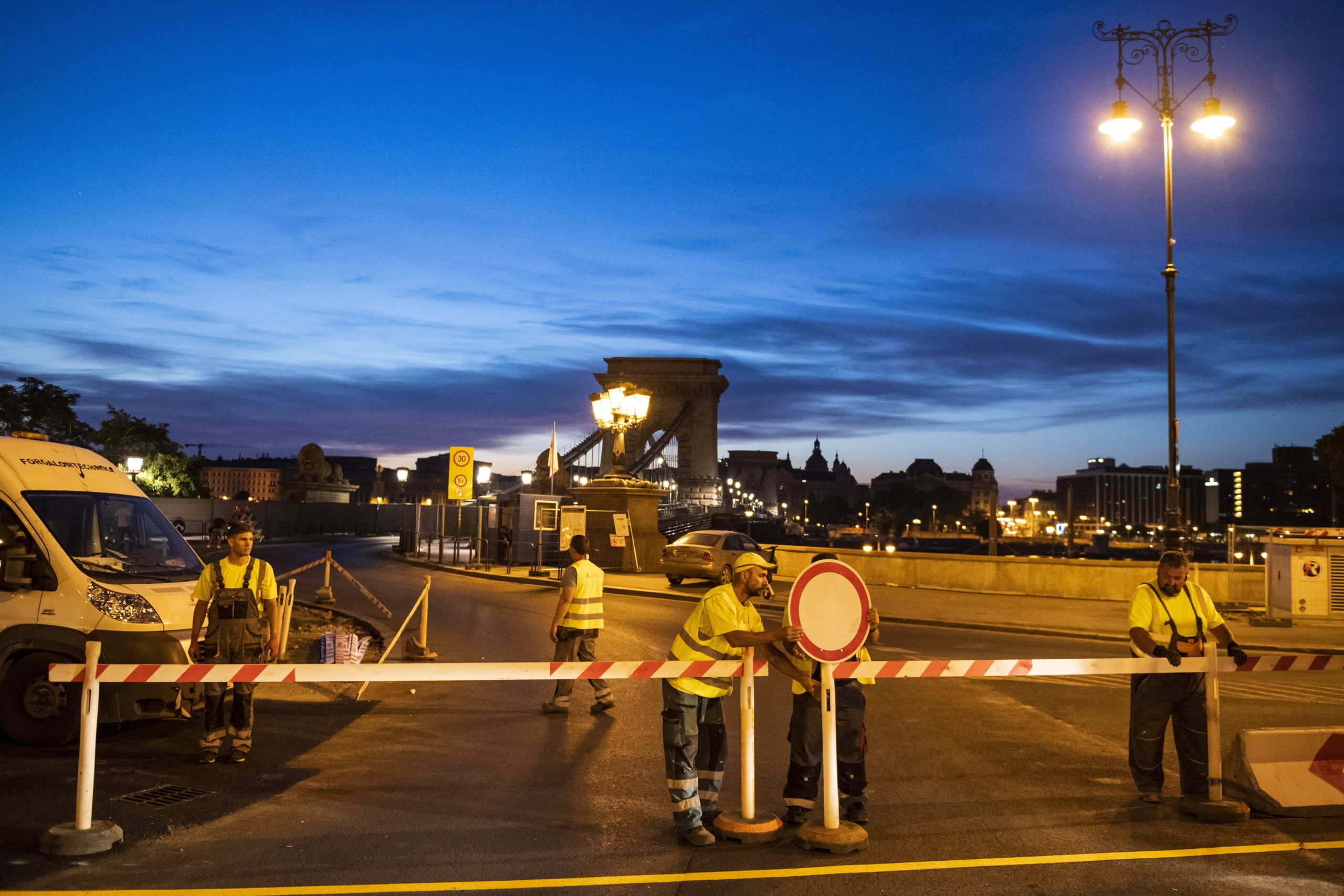 The second phase of the reconstruction on Budapest’s Chain Bridge has started despite the hit the city’s revenues have taken from the coronavirus epidemic and government austerity, Mayor Gergely Karácsony said on Wednesday.

Karácsony told a press conference held at the bridge that the government support for the works has yet to arrive. He called on “all political players to stop trying to turn public opinion against the investment even if they cannot help.”

The bridge will be ready by the 150th anniversary of the unification of Pest, Buda and Óbuda into Budapest in August 2023, Karácsony said.

The 26.5 billion forint (EUR 75.4m) refurbishment will include reconstruction of the central lanes and the pavements, repairs to the steel structures and rails, re-insulation of the chain-chambers and ensuring protection against flooding.

The bridge’s iconic lion statues will also be restored and the whole structure equipped with a new LED lighting system.