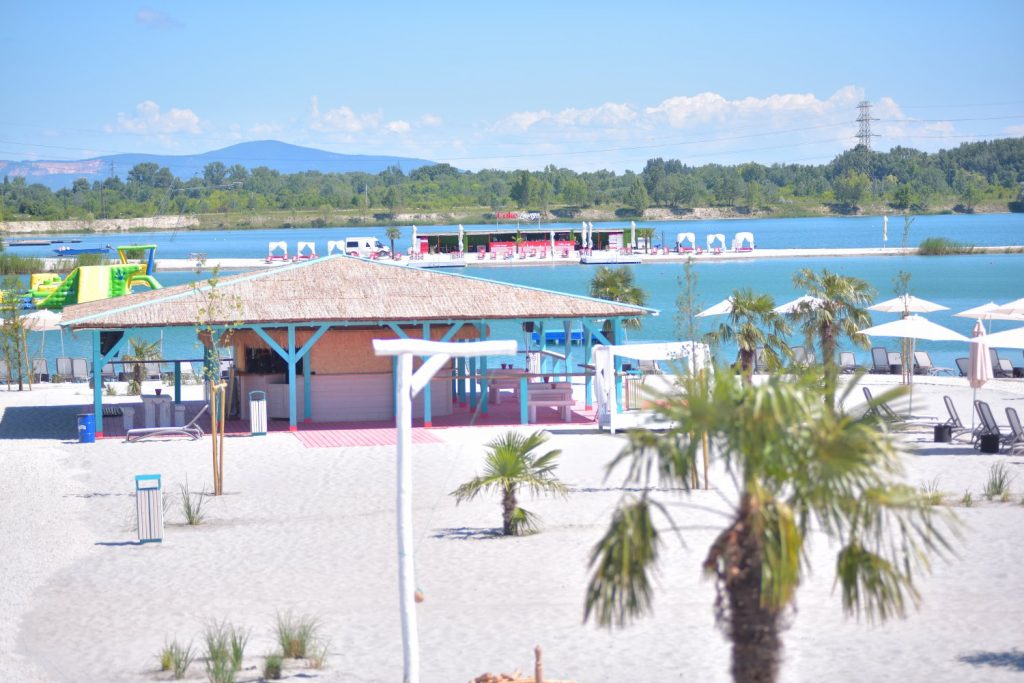 The resort aims to offer a true “seaside feeling” near the city with crystal clear water, white sand, palm trees, and sunshades, and can accommodate 10,000 people at a time. A number of facilities are available in and out of water such as scuba diving, SUP surf, kayaking, wakeboarding, beach football and volleyball. Located in Budakalász, only two kilometres beyond Buda’s northern border the beach on Lupa lake is easy to reach from the city center either by car or by HÉV train from Batthyány Square. 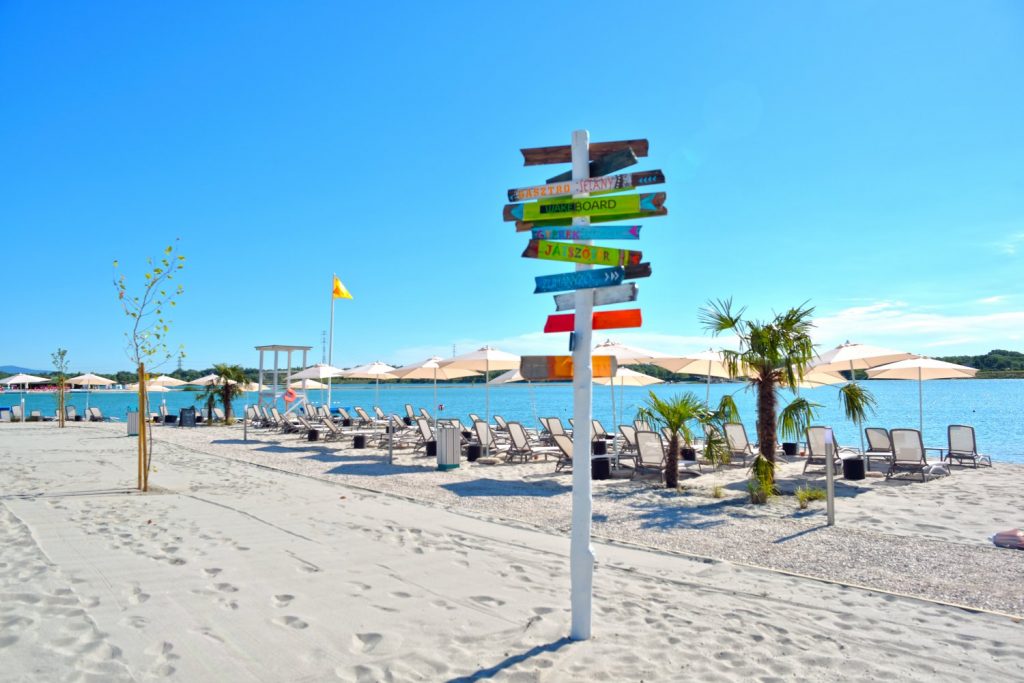 The coastline has been divided up in order to satisfy everyone’s demand and budget. Thus, Lupa Strand provides the traditional beach experience for lower prices and with classic buffets, while Lupa Premium Beach offers significantly better services with a number of quality restaurants. In addition, those who want more exclusive services can purchase VIP tickets or even rent a private coastline sector with private staff. 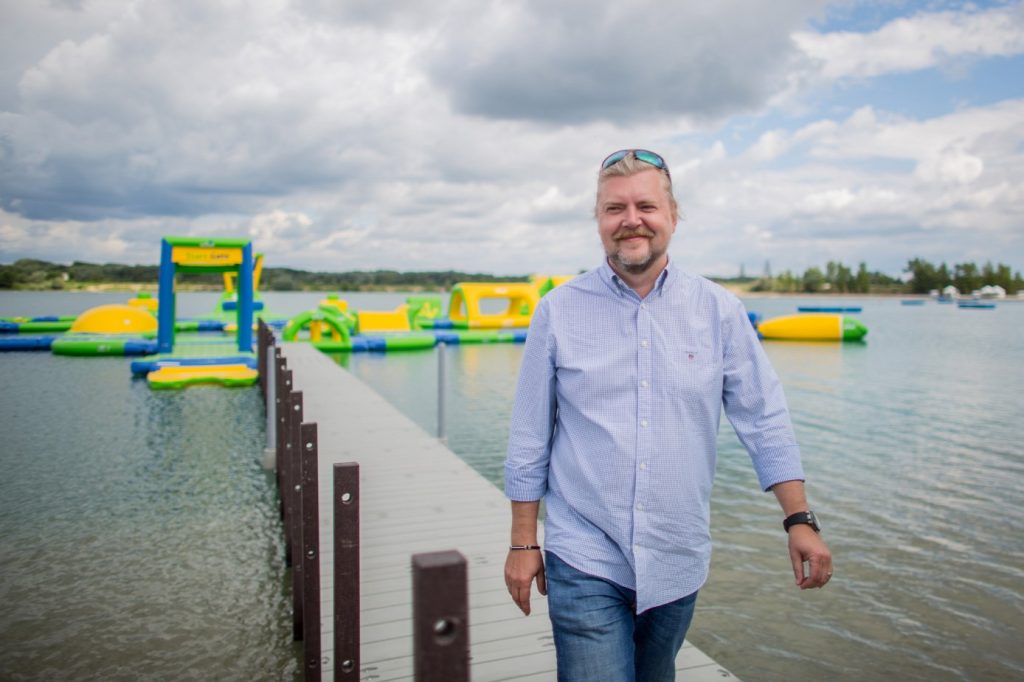 The Lupa Beach project was conceived by Sziget Festival founder and Michelin-starred Costes restaurant owner Károly Gerendai. It all began in 2016, when the half-kilometer-plus shoreline of the nearly 100-hectare Lake Lupa, which was originally a gravel mine and which functioned as an illegal swimming and fishing area, was cleaned up.

According to Népszava, Gerendai and his partner, Videoton Holding CEO Péter Lakatos have so far invested 3 billion HUf (Eur 10 million) in the project, and they are planning further expansions and developments as well.