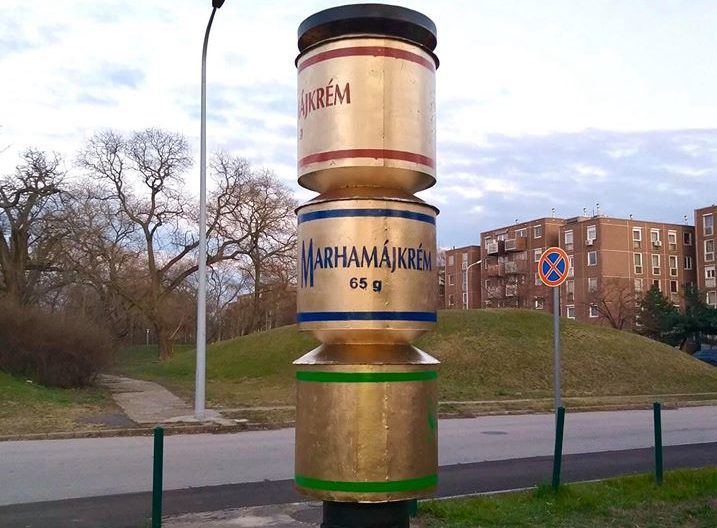 The satirical Two-tailed Dog Party (Kétfarkú Kutyapárt) has inaugurated a statue of canned liver pâté to commemorate the “Great Shopping Fever” of 2020. Back in February, as we reported, people started to accumulate food with long shelf lives, such as rice, pasta, flour, and sugar, as well as canned goods in fear of the coronavirus, which has resulted in empty shelves in some supermarkets and stores.

The party decided to erect a statue of the canned good in the X. District of Budapest to commemorate the temporary shortage of pâtés. They posted a photo on their official Facebook page, captioned “In commemoration of the 2020 Great Shopping Fever.”

Founded in 2006, the Two-tailed Dog Party’s goal has always been to draw attention to major political and social problems using the creative tools of street art and humor to hold a “curved mirror” up to the Hungarian political elite by ridiculing and criticizing the corrupt, money-focused behavior of the political parties.