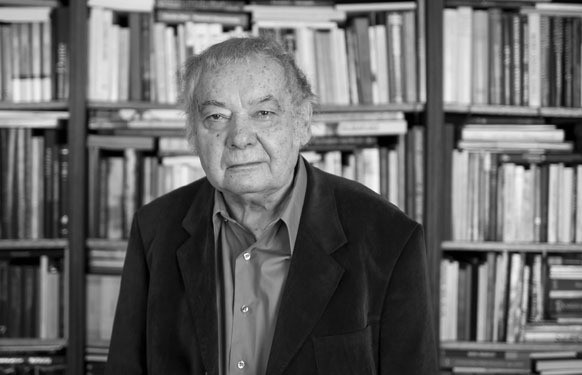 2016 has been a very sad year so far for contemporary Hungarian literature. Following the departures of Imre Kertész and Péter Esterházy, one more iconic Hungarian author of the late 20th century passed away on Tuesday morning. Sándor Csoóri has died at the age of 86 after long-time illness, news agency MTI reported.

Best known in Hungary for his poetry but also renowned as an essayist and writer, Csoóri was born on 3rd of February 1930 in the village of Zámoly. In 1950, he graduated from the Reformed Pontifical College of Pápa and studied later at ELTE university of Budapest, where he met with his friends Miklós Jancsó, Otto Orbán, György Konrád and Ferenc Kósa. Csoóri’s first poems appeared in 1953, making him known across the country. Due to his literary achievements Csoóri was awarded several prizes, including the Attila József Prize (1954, 1970), the Kossuth Prize (1990) and the Prima Primissima Award (2008).

Sándor Csoóri worked for various political and literary journals in Hungary during his career, but as a harsh critical of the Communist system, the authorities soon noticed that he was not one of their supporters. Csoóri wrote criticizing the dictatorship’s impact of personality, and the fate of rural people. He was even under surveillance sometimes for years after the 1956 revolution, and did not receive awards. Later he became a founding member of the Hungarian Democracitc Forum (MDF), a centre-right political party that played a crucial role in the fall of Communism in Hungary.

via index.hu and MTI photo: valasz.hu