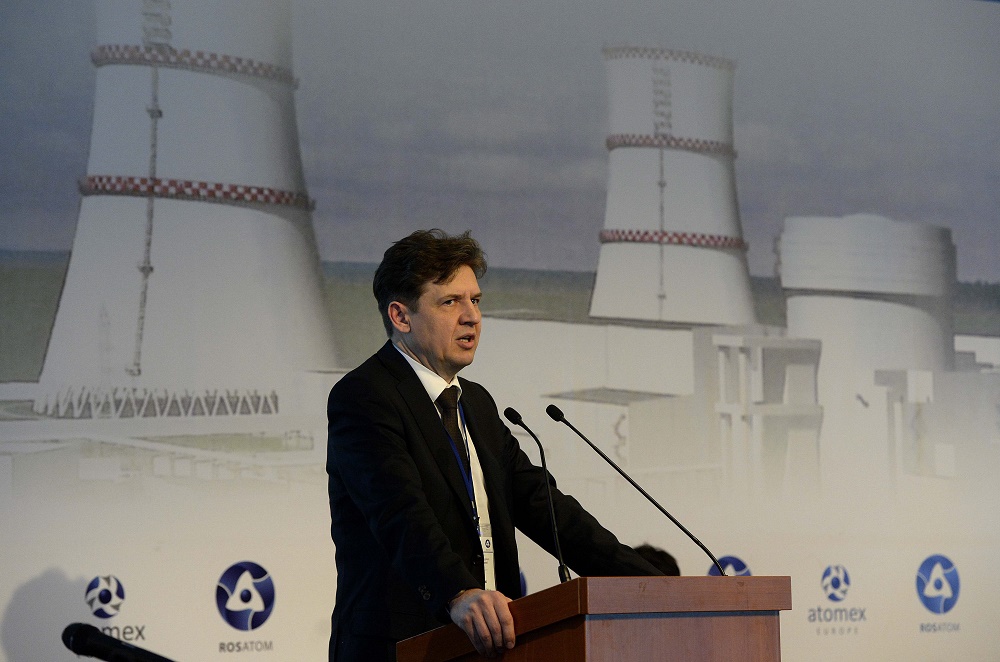 The Atomex Europe 2015 conference and exhibition opened in Budapest with the participation of suppliers and partners of Russian energy giant Rosatom. The Budapest expo serves as an excellent opportunity for Rosatom to meet partners, including Hungarian suppliers, Hungary’s government commissioner for Paks upgrade said, noting that under an intergovernmental agreement 40% of upgrade-related projects can be covered by Hungarian companies.

Government commissioner Attila Aszódi said that Hungary is building the nuclear component of its energy supply together with renewables, and these are both necessary to achieve climate policy targets. The construction of two new reactors at Hungary’s sole nuclear plant is set to begin in 2018 once the planning and licensing work is completed. Under an agreement, the Russian partner as general contractor is fully in charge of delivering the project, which includes selecting subcontractors as suppliers, he said.

Kirill Komarov, deputy CEO of the Rosatom state nuclear energy group, said at the opening of the conference that the partner network is continuously expanding and Hungarian companies can also participate as suppliers. Their electronic procurement system is open to the interested parties, he added.

Commenting on the investigation launched by the European Commission into the financing of the Paks upgrade, Aszódi said the Hungarian government will provide professional response to questions in a timely manner. He reiterated that the Paks project can be carried out without state aid, adding the government’s position that it “has the right” to conclude an inter-governmental agreement with a third country on the expansion as long as rules of Euratom and the EC are observed.

“Siemens is interested in delivering the conventional elements for the Paks upgrade, such as the control technology systems.” In addition to technical advantages, Siemens can involve the local competence at its turbine components plant in Budapest, he said. France’s Alstom is a potential competitor against Siemens for the contract, Handelsblatt said.