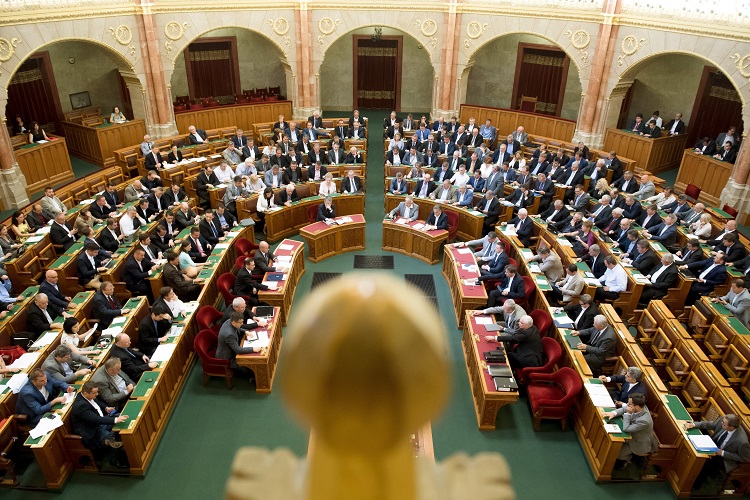 UPDATE: Hungary’s Parliament has passed a watered-down version of the billboard act, one requiring only a simple majority. Read here for more.

At his weekly press conference, head of the Prime Minister’s Office (PMO) János Lázár told reporters that a bill sponsored by the ruling Fidesz party that was aimed at restricting political advertisements outside of campaign seasons is unlikely to get the two-thirds majority needed to become law on its second reading.

The bill was sent back to parliament for reconsideration by President of the Republic János Áder last week, due to what the head of state described as the legislation’s failure to “establish a legal norm”; in addition, he expressed his view that the law, as he received it, contains passages which are either controversial, or unimplementable. The President formally called on the parliament to reconsider the bill in its entirety. Áder’s issues with the law largely stemmed from the fact that the bill’s most important portions, which required a two-thirds majority, were voted down, and as a result were not included in the final act.

In the days since Áder’s decision, the ruling Fidesz-KDNP coalition had been scrambling to cobble together enough support to pass the original bill into law, but ran into fierce political opposition. In particular, the Hungarian Socialist Party (MSZP) vowed earlier this week to “steer clear of any cooperation” with Fidesz.

From the beginning, the legislation was hotly opposed by opposition parties ranging from the left-wing Democratic Coalition and the Socialists to the far-right Jobbik on the grounds that it would stifle political freedom in the country.

Speaking to the press briefing on Thursday, Lázár claimed that Fidesz had been open to opposition proposals regarding the bill to restrict political billboard advertising beyond official election campaign periods, but that none had been forthcoming. The PMO chief said that talks in parliament were ongoing, but that it was unlikely that a two-thirds majority could be cobbled together to pass the bill into law.

He added that Fidesz “had a responsibility to guarantee transparency” in party financing of political ad campaigns through legislation requiring a simple majority. In other words, the party is now going to try to pass a modified or watered-down version of the bill that only includes provisions that require a majority vote to pass.

Lázár said it was unlikely that Prime Minister Viktor Orbán would make it back from the Brussels summit he is currently attending in time for Friday’s vote.

In Brussels, Orbán told journalists that party financing scandals had to be eliminated, and clear laws were needed.

He said the government had not submitted the bill in question; when asked about whether there was in fact, not enough support for the bill to receive the two-thirds majority necessary to pass, the PM only replied

“Had the government submitted it, then I think I would have had to have been at home [in Hungary].”

Continuing the Hungarian Premier said that “If [Fidesz parliamentary group leader] Lajos Kósa says that I should go, then I will go home, naturally. When I came here, he said that this was not expected.”

Via MTI, Hungary Matters, and index.hu