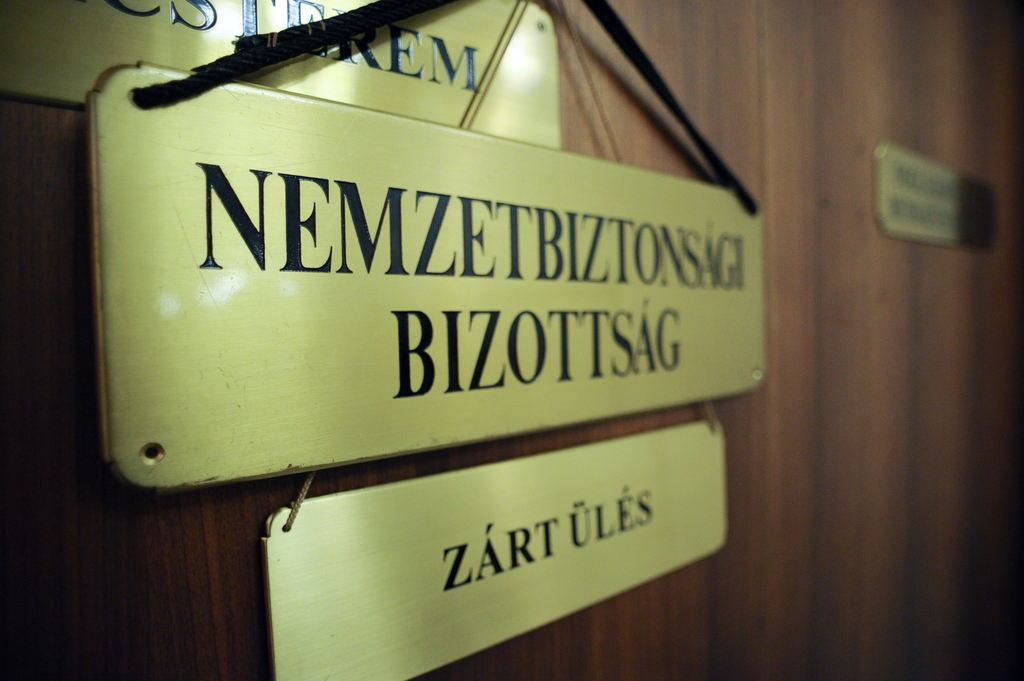 Press office of Fidesz announced earlier that Fidesz-KDNP members of the committee will stay away from the meeting, because ruling parties will not “allow the opposition to use even the national security to promote the implementation of the Soros Plan in a time, when Hungary is exposed to huge pressure to let in migrants and dismantle the border fence.” They added:

Soros’s representatives are already sitting in the committee

Socialist MP Zsolt Molnár, head of the National Security Committee, has called the meeting for February 8 after Fidesz-KDNP lawmakers walked out of the last meeting in protest against the presence of Bernadett Szél, co-leader and prime ministerial candidate of the opposition party LMP, and a member of the committee, attended the hearing.  As a consequence, the meeting lacked a quorum.

Fidesz MP Szilárd Németh, deputy chairman of the committee, said afterwards that Szél is not welcomed at the hearing, claiming that the politician and her party served the interests of US financier George Soros.

A few days after the walkout, Molnár told reporters that Prime Minister Viktor Orbán had again been invited to attend the next meeting to provide evidence on the existence of the “Soros Plan” and clarify the issue of Hungary’s admission of 1,300 refugees last year, but neither the Prime Minister, nor the Fidesz members attended the meeting this morning.

As we previously reported, while the government insists on the existence of the so-called “Soros plan”, according to which, the American-Hungarian financier aims to bring in millions of refugees into the EU, to dismantle border fences, and to, in general, aid migrants at the expense of Europeans, opposition groups and international critics have heatedly argued that this supposed plan is nothing more than fear-mongering propaganda on the part of Fidesz.