Hungary’s ruling parties maintained their lead over the opposition parties, which saw their support remaining basically unchanged, according to a fresh poll released by the Századvég Institute on Thursday.

Within the whole electorate, 35 percent of the vote would go to the ruling Fidesz-Christian Democrat (KDNP) alliance if the election were held this Sunday, Századvég said. Support in this group for Jobbik remained at 8 percent while for the Socialist-Párbeszéd alliance went down to 6 percent.

Green LMP maintained its support at 3 percent and the leftist Democratic Coalition at 4 percent, the pollster said.

Among decided voters Fidesz-KDNP had support of 53 percent, Jobbik 13 percent and the Socialist-Parbeszed alliance 12 percent. LMP in this group stood with 9 percent and DK with 8 percent. The ratio of undecided voters went up to 37 percent.

The poll was conducted by phone on a sample of 1,000 adults between January 7 and 13. 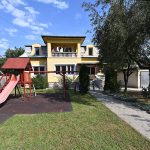 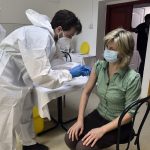