Romania, which occupied large territories in 1918, has since pursued a controversial nationality policy. Ethnically, the country has become far more homogenous over the past one hundred years. As a result, it has lost much of its exciting, diverse character.

After World War I, the population of the state doubled, amounting to 18 million. Nevertheless, only two-thirds of its people were Romanian, one-third being Hungarian, German, Jewish, Bulgarian, South Slavic, Ukranian and Roma. Following the French model, a highly centralized and Bucharest-centered state organization was created; the Romanian elite had to face the challenge of governing a culturally and economically heterogeneous, fragmented country. After the Treaty of Trianon peace agreement, approximately 200 000 Hungarians emigrated to Hungary. Despite this, the majority of the inhabitants and elite in major Transylvanian cities were still Hungarian, German and Jewish. (While under Hungarian rule after 1867, Jews speaking Hungarian were regarded as Hungarian.) The Romanian government began forced assimilation, but only the communist regime proved to be successful in that effort after World War II.

Bucharest was an ally of Nazi Germany in World War II until 1944. In this period the state lost Northern Transylvania as it was given back to Hungary in 1940 along with one million Romanian residents. Following the attack of the Soviet Union in 1941, Romania regained Bessarabia from its eastern neighbor, whose inhabitants were mostly Romanian. In August 1944, Romania, realizing the forthcoming defeat of Germany, switched sides to join the Allies. As a result, the country regained the whole of Transylvania, losing Bessarabia to Soviet rule in the process. During the cataclysm of the war, the majority of Romanian Jews were killed and most of the Jewish survivors emigrated to Israel at the end of the forties.

Communist power didn’t put an and to discrimination against Romanian ethnic minorities; for Hungarians, the situation became far worse. An autonomous Hungarian region was established in the Székely Land due to Stalin’s pressure, but its area was later reduced and minority rights were not too widespread before it’s abolishment in 1968. The Hungarian political, cultural and religious elite were meant to be intimidated by a number of show trials, but many of those persecuted behaved courageously and remained steadfast. Catholic Bishop Áron Márton’s spirit couldn’t be broken even after enduring long years in prison where he was beaten and tortured. The castles, manor houses and lands of Transylvanian Hungarian aristocrats were confiscated and many were deported to labor camps in the Danube Delta.

Conditions deteriorated after Ceausescu came to power in 1965 and built a severely totalitarian dictatorship founded on a harshly nationalistic policy. The dictator didn’t spare his own nation; his megalomania and paranoia led to the imprisonment of many dissident, intellectual and working class Romanians. His economic policy gave rise to austerity measures and poverty increased, stimulating growing dissatisfaction within the whole society. However, the majority of insults were inflicted upon ethnic minorities. Germans in Transylvania were sold to West Germany, so when communism fell in the region less than a quarter of a million ethnic Germans could be found in Romania, as opposed to half a million in the sixties. Huge housing estates were built in big Transylvanian cities and deliberately filled with Romanians so that the towns would lose their original Hungarian character. The stifling nationalistic atmosphere drove tens of thousands of Hungarians to Hungary in the eighties. Most came legally, but a considerable number did not.

As a consequence of the 1989 revolution in Romania and the dramatic changes in Central and Eastern Europe, the country went through a democratization process with free elections and the introduction of a market economy. Similarly to other post-Soviet satellite states, the transition wasn’t without difficulties and hasn’t been completed as far as deep structures are concerned. The ethnic minorities’ circumstances have improved a lot, but unfortunately, an open-minded minority policy comparable to West European practices (cp. South Tirol or Finland) has not yet been developed. Young and middle-aged ethnic Germans emigrated to Germany and the number of Hungarians dropped from 1,8 million in 1992 to 1,5 million in 2002 and sank to 1,3 million by 2011. In elementary education minorities are guaranteed the use of their mother tongue, however, in secondary education, this isn’t always the case. In higher education, a nationalistic approach is utilized as exemplified by the case of the Medical University of Marosvásárhely. Originally the trainings were presented in Hungarian, but from 1962, the courses became bilingual. The use of Hungarian was continually made difficult and this practice didn’t improve with political change. Bucharest is still actively hampering the day to day operation of medical training in Hungarian. Székely Land – the largest Hungarian regional block in Transylvania – is fighting for autonomy in vain due to the unanimous refusal of the Romanian elite.

Great Romania turns 100: What Has Transylvania Received from the Romanian State?

At the moment it can’t be predicted how these issues will develop in Romania in the 21st century, where a twin phenomenon – intensive ageing of the population and massive emigration to the West – has already reduced the number of inhabitants to 18 million from 23 million in 1992. Although positive steps have been taken, further efforts are necessary to make sure that the Hungarian and Romanian people in Transylvania can live together in peace. Broadening minority rights has to be the first priority, followed by a significant economic development project launched to improve the living conditions in Székely Land. Of course, the increased well-being and prosperity of the whole country is the ultimate aim. 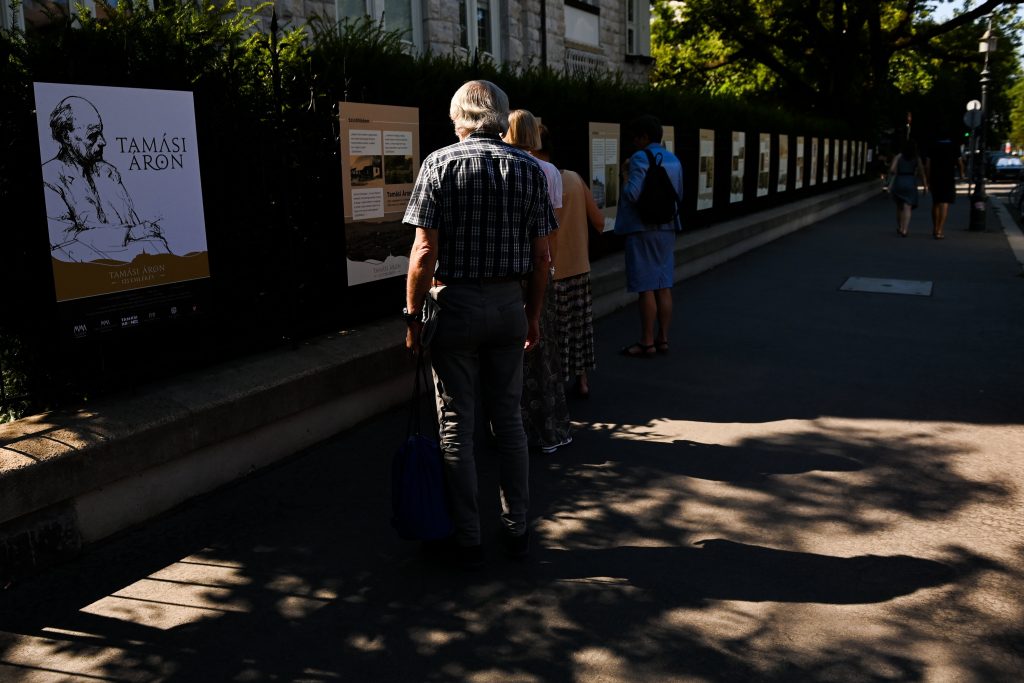 An exhibition entitled Áron Tamási 125 opened on Monday in Budapest. A series of tableaux depicting the life’s work of the writer, who was born 125 years ago, can be seen on the Andrássy út side of the Hungarian Academy of Arts (MMA) office building. János Árpád Potápi, Minister of State for National Policy of […]
MTI-Hungary Today 2022.07.26. 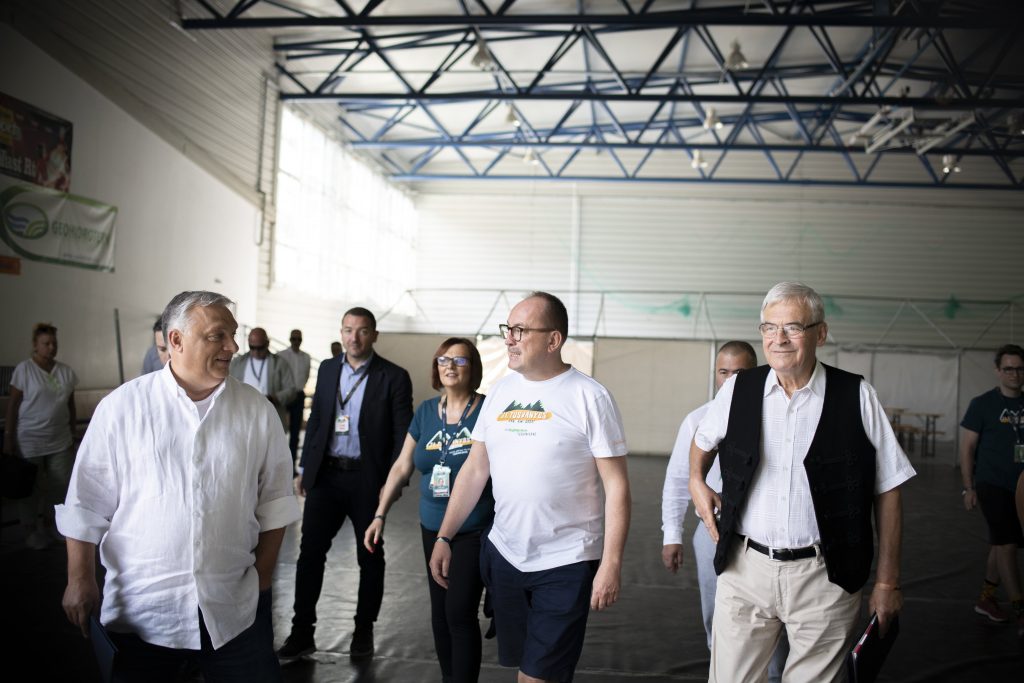