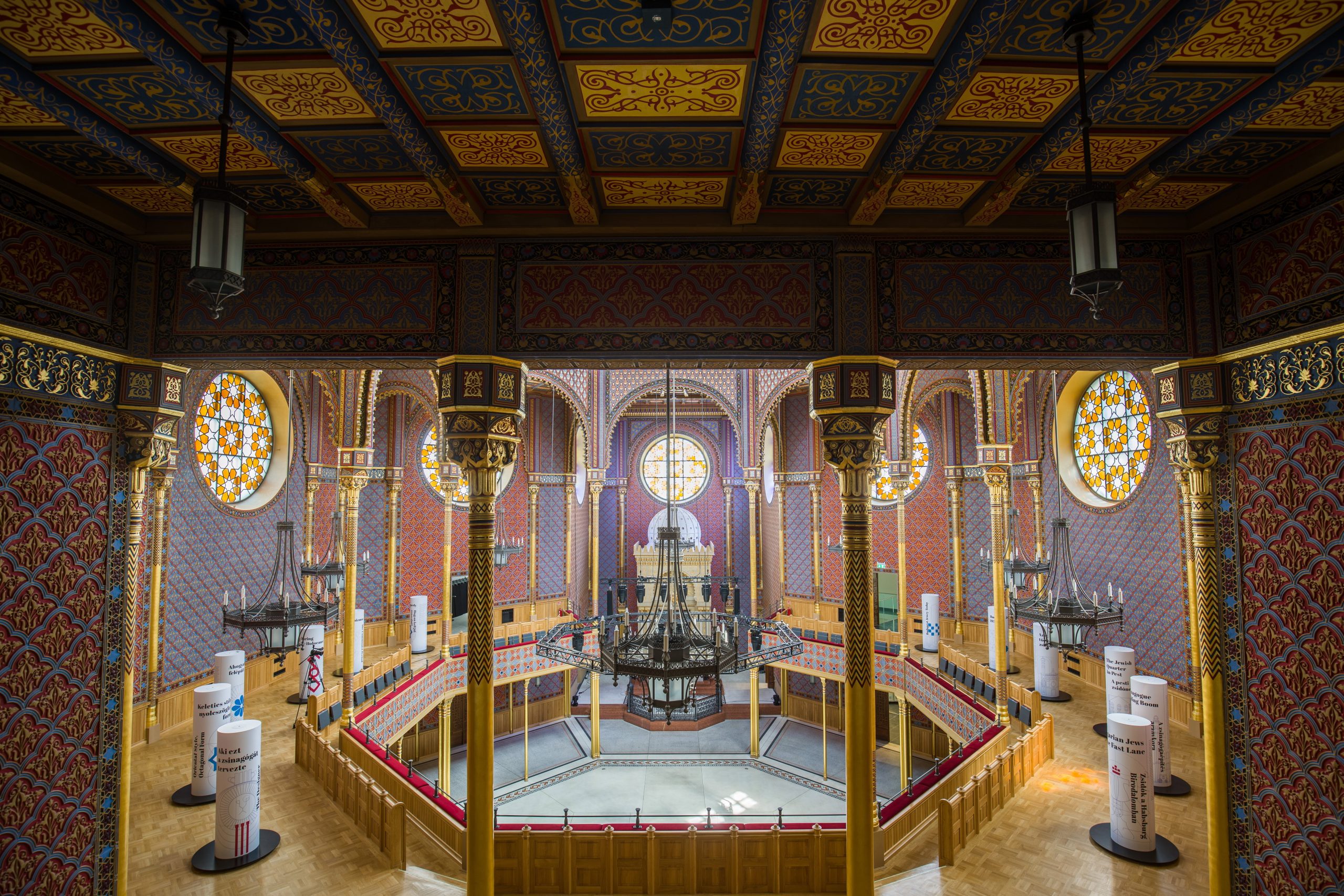 After decades of negligence, then years of renovation work, Budapest’s Rumbach Sebestyén Street synagogue was finally reopened on Thursday. Here are the photos of one of the most beautiful Jewish monuments of Hungary.

The ‘Rumbach,’ constructed between 1869 and 1872 according to the plans of Viennese architect Otto Wagner, was erected in the same Moorish style as its larger nearby counterpart, the Great Synagogue, located virtually just a few steps away from the entrance. However, unlike the one in the aforementioned Dohány street that belongs to the Neolog branch, the Rumbach synagogue was built for and used by the ‘status quo ante’ wing.

The Pest Jewry had been divided into three areas in 1868: besides the Orthodox (opponents of any reform), and a new branch of Judaism, the mild reform Neolog movement, the Status Quo Ante (a kind of combination of the old and the new, certainly more conservative than Neologs) was born.

The Second World War had, of course, hit the synagogue hard. In 1941, Jews gathered here, before Hungarian authorities deported them to occupied Kamianets-Podilskyi, where German soldiers eventually killed them. The building was partially destroyed during World War II and has not been used for religious purposes since 1959.

It had been passed under state control in the same year and had been privatized in 1989. It was returned to the Jewish community’s ownership in 2006. Besides some minor maintenance works, in the past few years the Rumbach synagogue was used for various cultural events, and then closed completely in January 2017.

The revamping of the synagogue was financed from HUF 3.2 billion (EUR 9.2 million today) granted by the Prime Minister’s Office and the Human Capacities Ministry. Back in April 2020, the Hungarian National Committee of ICOMOS (International Council on Monuments and Sites) awarded its annual restoration prize to the synagogue.

The synagogue in central Budapest’s Rumbach Sebestyen Street was opened after a major revamp on Thursday. Minister for families Katalin Novák told the opening event that it was a noble task to rescue a building from ruin, but the government had supported the project primarily because it was hoped that life would return between its walls.

András Heisler, president of the Federation of Hungarian Jewish Communities (Mazsihisz), thanked the builders for their work and the government for its support. He said it was after 70 years of neglect that “a new multifunctional space has been built where prayers will be heard, the Jewish community can develop; and it will also house fantastic cultural, public-education and tourism events.”

President of the World Jewish Congress Ronald S Lauder praised Hungary for being among the few countries that “dared to express its support” for the Jewish people during the recent Israel-Palestine conflict.

Chief Rabbi of Hungary Róbert Frölich said a new synagogue had been created whose main function would be to act as a “link between the material world we live in and the spiritual world that lives inside us”.

Israeli Ambassador to Hungary Yacov Hadas-Handelsman said the revamped building was “breathtaking”, and he expressed thanks on behalf of Israel to all that helped restore the building, first of all the Hungarian government.

The event was also attended by Cardinal Péter Erdő, Archbishop of Esztergom-Budapest, and Presiding Bishop Tamás Fabiny of the Evangelical-Lutheran Church in Hungary.

Besides its religious function, the synagogue will reportedly host several cultural events too from now on. 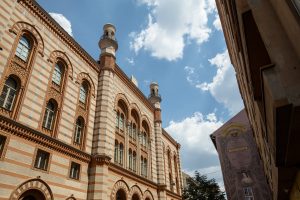 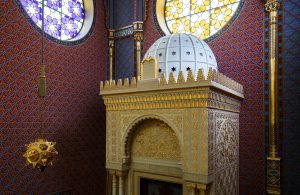 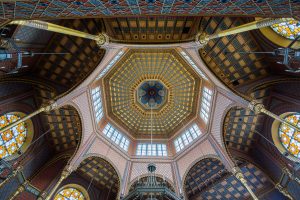 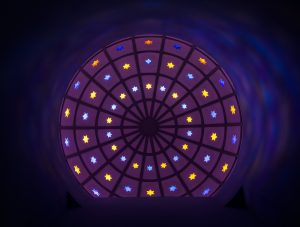