The Kossuth Prize and Artist of the Nation Award-winning sculptor Pál Kő, died at the age of 80, his son Kő Boldizsár announced on Facebook on Monday.

Pál Kő graduated from the Hungarian College of Fine Arts in 1968. As he recalled, he originally wanted to be a painter, but then his teacher, István Csebi Pogány once told him:

“I have to send you away because you are ruining the class average.” I completely fell to pieces, but then he introduced me to Somogyi. I didn’t even know Somogyi, I had never heard of him. Csebi Pogány told him, “Jóska, his drawings are so wiry, maybe he will be good as a sculptor.”

Until the mid-1970’s his works included mostly colorful pop-art wooden sculptures. His later style more often went back to the traditions of Hungarian wood carving. He created the arrangement concept of the historical monument in Mohács, and he also created the stone reliefs of the Chapel of Our Lady of Hungary in the Vatican.

He had exhibitions in many cities in Hungary and the Carpathian Basin, and his works have also been shown in Amsterdam and Dortmund, his oeuvre exhibition opened in Paris in 2001.

He was awarded many prizes for his work including the Mihály Munkácsy Prize in 1975, and in 2001 he received the Kossuth Prize for his exceptional sculpting qualities, and for his internationally acclaimed artistic work of outstanding value. 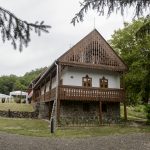 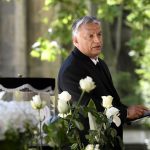