Remembering The Victims Of Totalitarianism: Minister Urges National Consensus On Victims Of Stalinist And Nazi Crimes 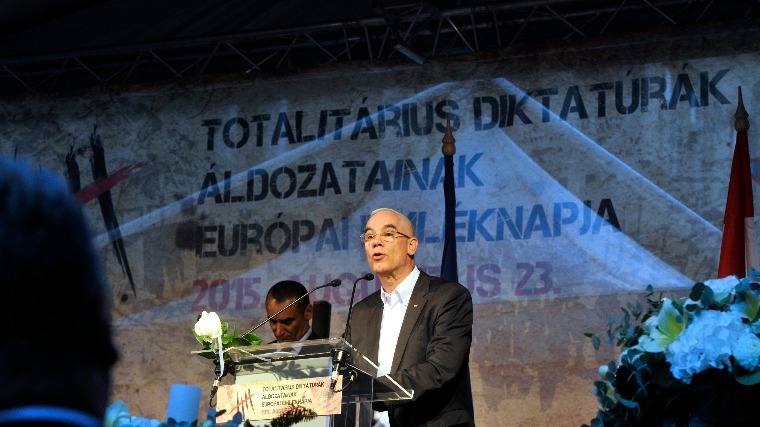 Europe needs a “centre-ground that has learnt the lesson of history and is able to teach others of it, Hungary’s Minister of Human Capacities Zoltán Balog has said on the occasion of the European Day of Remembrance for Victims of Stalinism and Nazism, arguing for the need of a memorial to commemorate the victims of the Soviet occupation of Hungary. The minister stressed that a national consensus has to be established in the rememorance of the victims of the great dictatorships, which could be symbolised by a central memorial to the victims of Soviet occupation. 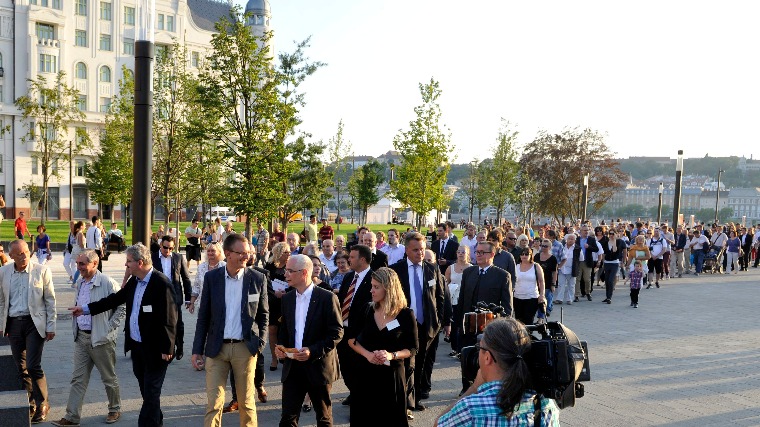 Speaking on Sunday at Budapest’s House of Terror Museum, the end of a memorial procession to mark Black Ribbon Day, the government’s representative said that “we don’t grope about in numbers, we don’t gauge calculations, we don’t rivalise, […], we don’t seek to identify where they were more or less victims”. In order to establish a national consensus, the country needs a debate in which “perpetrators are called by name and the lives of victims is commemorated” besides sharing memories, he said.

Hinting to the Visegrád countries – Poland, the Czech Republic, Slovakia and Hungary – and the Baltic region, Mr. Balog said that Europe needs a centre-ground that has learnt the lesson of history and is able to teach others of it, with the ability of uttering answers for the future from common sufferings of the past, the minister explained.

The minister also highlighted the importance of “arming young generations against the ideologies of dictatorships”, because they are the layer of society targeted by extremist groups, which exploit youthful enthusiasm to manipulate them. As opposed to this, the cabinet “is seeking for genuine sources of strength in educating in remembrance, respect for the family and love of the homeland, as well as the principle of humanitarianism, he said.

The Sunday march to commemorate the European Day of Remembrance for Victims of Stalinism and Nazism set out late yesterday afternoon from the “Shoes on the Danube Bank” Holocaust memorial, from where the several hundred participants headed to the House of Terror Museum, passing by Parliament. The memorial day, also called Black Ribbon Day, is held each year on 23 August, the anniversary of the signature of the Molotov-Ribbentrop pact since being adopted by EU member states’ Ministers of Justice upon a Polish-Hungarian-Lithuanian joint initiative in 2011.