Several hundreds of thousands of signatures still need to be collected over the next week for the success of a European initiative by the Szekler National Council on the protection of national regions.

Foreign affairs commissioner of the council Attila Dabis told public news channel M1 that once an enough number of signatures are collected, the European Union will hopefully consider establishing a system that secures the survival of indigenous minorities.

So far, a total of 318,000 supporting signatures have been collected online and an additional 200,000 on printed sheets, he added.

For the initiative to be successful, at least one million supporting signatures are needed from seven member states by May 7 this year.

The petition was launched on May 7 last year. It can be accessed at irdala.hu. 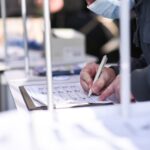 Both Fidesz and United Opposition Collect Required Signatures in All Constituencies