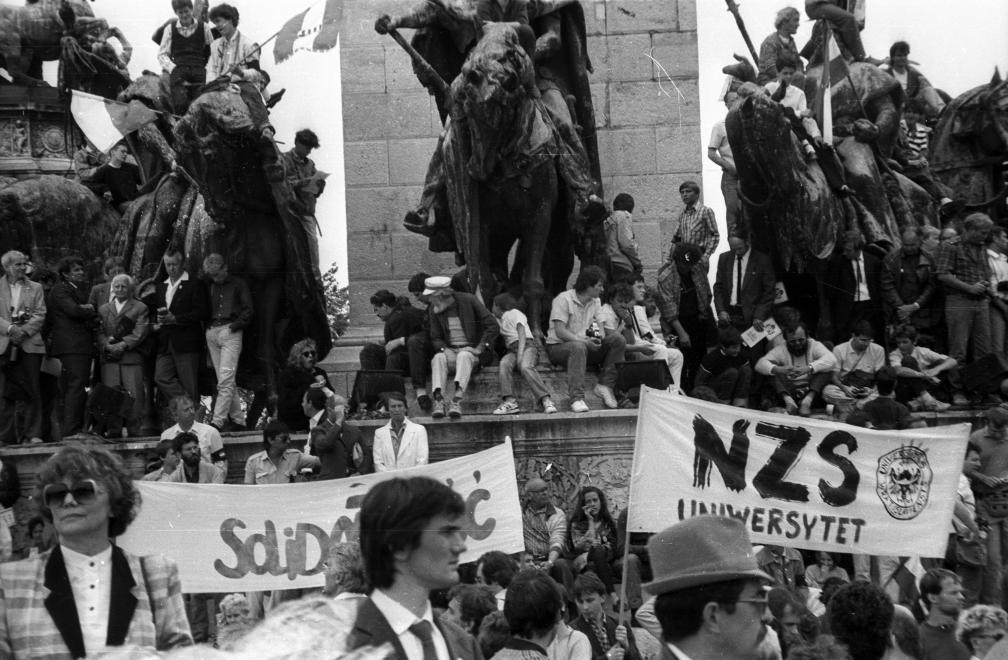 On June 16, 1989, Imre Nagy, the martyred prime minister of the 1956 Revolution, and his four associates were reburied. They were sentenced to death in a biased and pre-determined trial and executed in 1958 for their activities during the revolution. The commemoration of the five politicians who were the victims of the retaliation of the Kádár era was  also a symbolic demonstration against the declining communist system, with hundreds of thousands of Hungarians in participation. It was one of the most memorable events of the regime change, one that happened ironically when János Kádár, former leader of the ruling Hungarian Socialist Workers’ Party (MSZMP), was still alive. Also, in Heroes’ Square, the reburial ceremony was the event at which a young opposition politician named Viktor Orbán gave a historical speech which launched his long-lasting political career.

After the 1956 revolution was crushed by the Soviets, the Kádár regime announced the events between October 23rd and November 4th as a “counter-revolution,” declaring its leaders to be “enemies of the people.” Imre Nagy, then prime minister of Hungary, was charged with organizing the overthrow of the Hungarian people’s democratic state and treason. Nagy was tried, found guilty, sentenced to death, and executed by hanging on June 16, 1958. 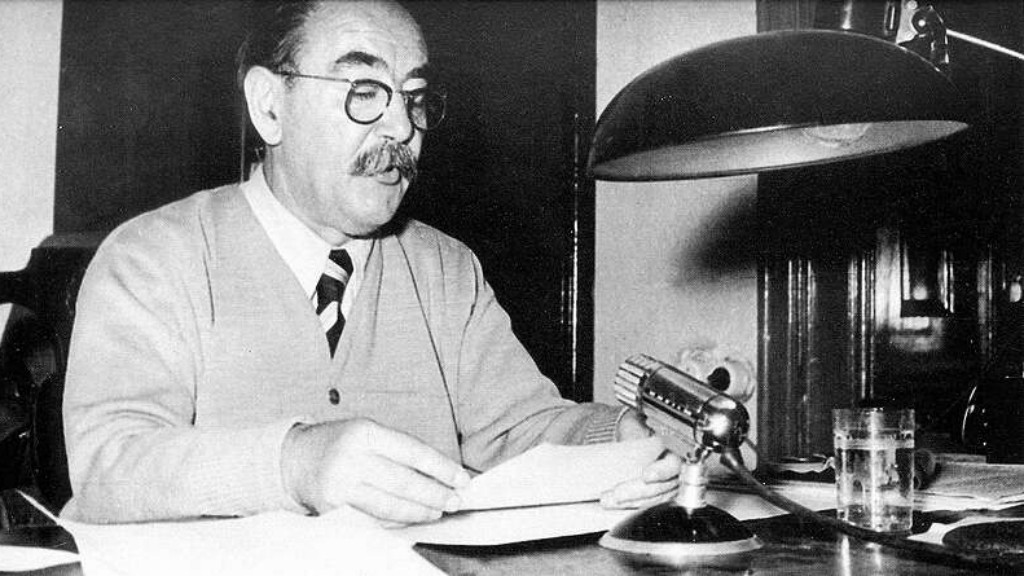 For the most part for the following thirty years, the revolution of ’56 – one of the most important events of Hungarian twentieth century history – was simply brushed over as a ‘counter-revolutionary’ incident, an inconvenient detail that was better left undiscussed. The events of 1956 inherently delegitimized Kádár and his whole regime, with Imre Nagy and his associates seen as  symbols the political regime wanted to destroy, which is even reflected in their burial. Nagy was buried, along with his co-defendants, in the prison yard where the executions were carried out. Years later (in February 1961) they were moved to a distant corner (section 301) of the New Public Cemetery, Budapest, face-down, their coffins wrapped in tar paper. All of them were buried under pseudonyms. Imre Nagy, for example, was buried under the name Piroska Borbíró in the cemetery list. It was also forbidden to name them in any way.

In Memoriam 1956: Wall Of Imre Nagy’s Cabinet Members Of The Council Of Ministers Of The People’s Republic Of Hungary

The reburial of the martyred prime minister, and thus the re-evaluation of the 1956 events, was a central topic of debate in Hungary for a long time, also within the communist party (MSZMP), although Kádár stated in an interview in 1988 that reconsidering the historic role of Nagy is out of the question.

However, in May 1988, the old communist leader, who was the symbol of the whole regime, was removed from power: the loosening of the MSZMP began, and the internal opposition within the party became stronger. As  world politics were in transition, the time came for the communists (who wanted to retain their power) to show a nicer face and make gestures.

Not long after this, the Committee for Historical Truth (TIB) was established to commemorate the 30th anniversary of the execution of Imre Nagy and his companions in Budapest. The committee soon called for Nagy, five direct associates and 34 other individuals condemned to death, to be exhumed and reburied, while at the same time, Hungarian emigrants at the Pérez Lachaise cemetery in Paris symbolically reburied the prime minister.

The date of the funeral was formally set by the committee and the Ministry of Justice while the parties of the so-called “Opposition Round Table” were organizing a mass demonstration for the reburial. The goal of the Opposition Round Table was to ensure Hungary’s peaceful political transition from a one-party state to a multi-party democracy. 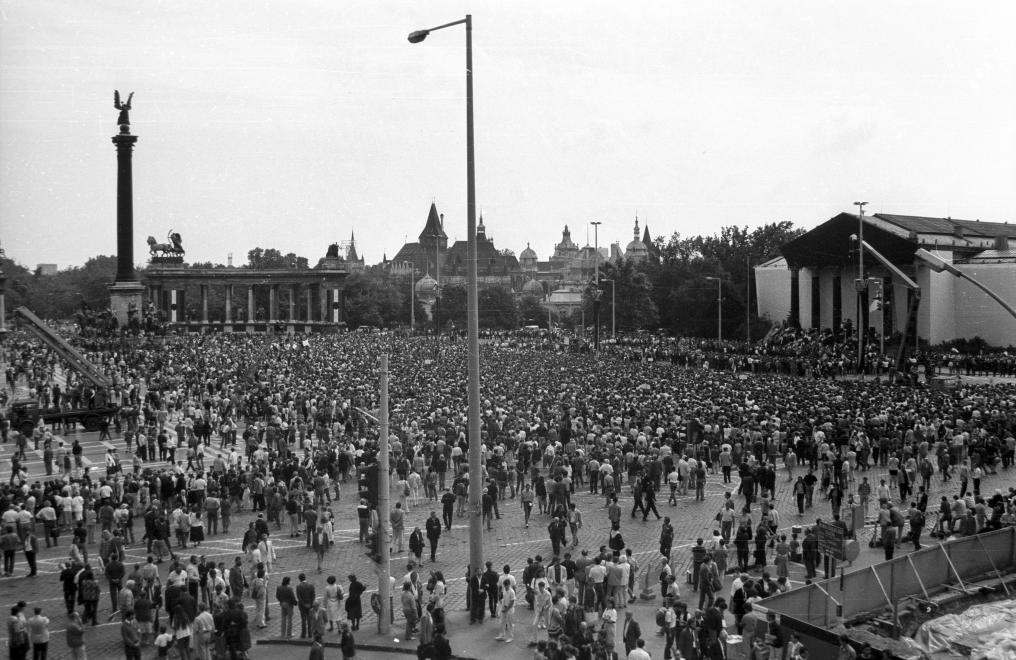 During the five-hour commemoration, former political prisoner and future president Árpád Göncz, and former political convict Imre Mécs, addressed the crowd with their speeches. A young and relatively unknown opposition politician from Fidesz also gave a powerful speech on behalf of the younger generations. His name was Viktor Orbán, current prime minister of Hungary.

Speaking on behalf of the Hungarian youth, the future prime minister took the risk and called on Soviet troops to leave the country.  He also called communism and democracy “incompatible.”

Orbán denounced the country’s leaders for claiming to embrace the reforms of the man they condemned to death, and whose memory had been tarnished for the past 31 years. Many regard this as the first true anti-communist speech. 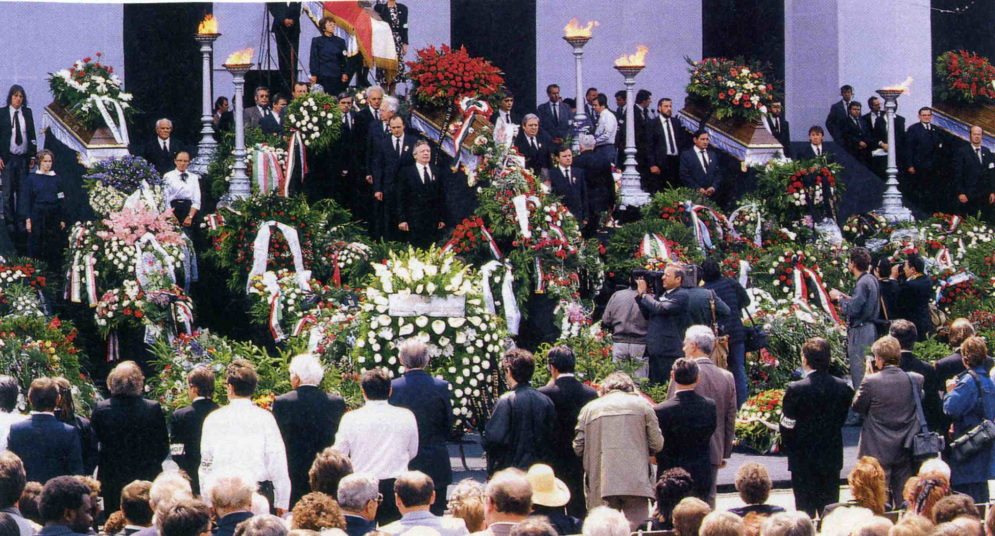 The mourning ceremony ended in the afternoon at the cemetery in Rákoskeresztúr, where priests and pastors of various churches blessed the martyrs’ coffins and placed them in their final resting places.

The commemoration and reburial of Imre Nagy is seen by most as the symbolic date of the fall of the communist regime in Hungary.

On July 6th, shortly after the funeral, the Supreme Court annulled the judgment of Imre Nagy and his associates. There names were officially cleared, and thus the communist political system after 1956 lost its legitimacy. Ironically, this was the same day János Kádár, the man who represented the communist era, died.