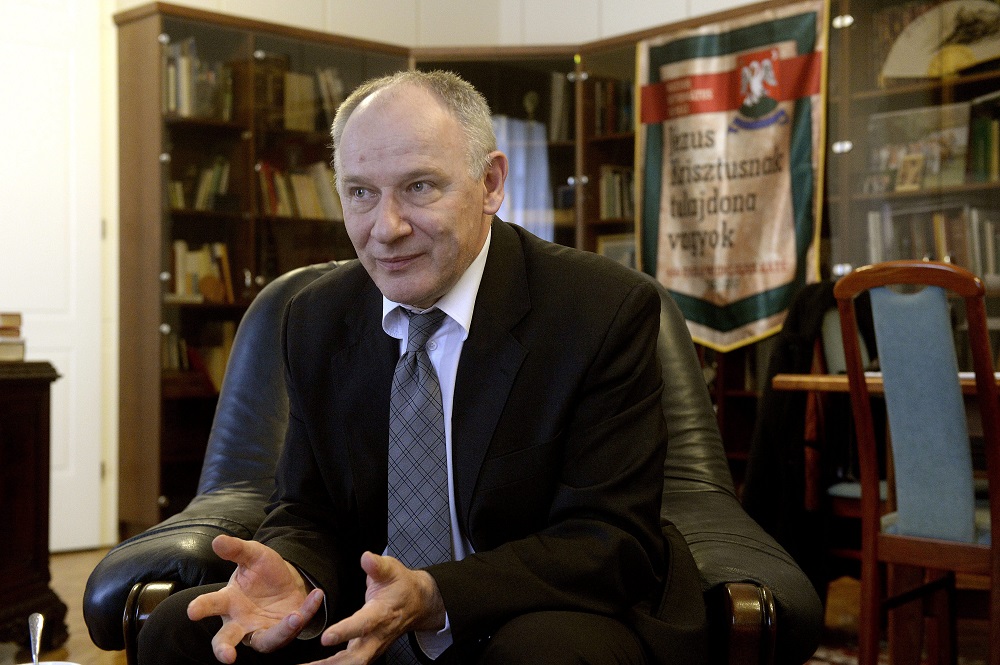 The leader of the Hungarian Reformed Church, Hungary’s second-largest religious denomination, has blasted Germany’s immigration policies as a “false calculation” and “delayed suicide” in a televised interview.

Speaking on the Monday morning programme of the state all-news channel M1, Bishop István Bogárdi Szabó said that representatives of the Reformed church in Germany have told him that Germans believe that around 30 years is necessary for a German newborn to grow up to become an earner and tax-paying citizen – as opposed to only three years in the case of migrants. This, however, is a “false calculation” and amounts to “delayed suicide” the bishop claimed, because 8-12 additional people will “enter the system” even if the integration of one individual within three years is necessary.

Stressing the necessity of differentiating between refugees and migrnats, Bishop Bogárdi Szabó said that “as Christians, it is our responsibility to remind decision-makers that the problem has to be solved locally and we too must do all we can to achieve this goal”, the chairman of the synod of the Reformed Church said.

Concerning Hungary’s referendum on the EU’s proposed compulsory refugee quotas on 2 October, the Reformed bishop called upon followers of his church to exercise their right to vote according to their own convictions, adding that Hungary still has “much to learn”in freely answering questions even since the transition to democracy.

11.6 per cent of the Hungarian population declared themselves to be followers of the Reformed Church at the 2011 population census.