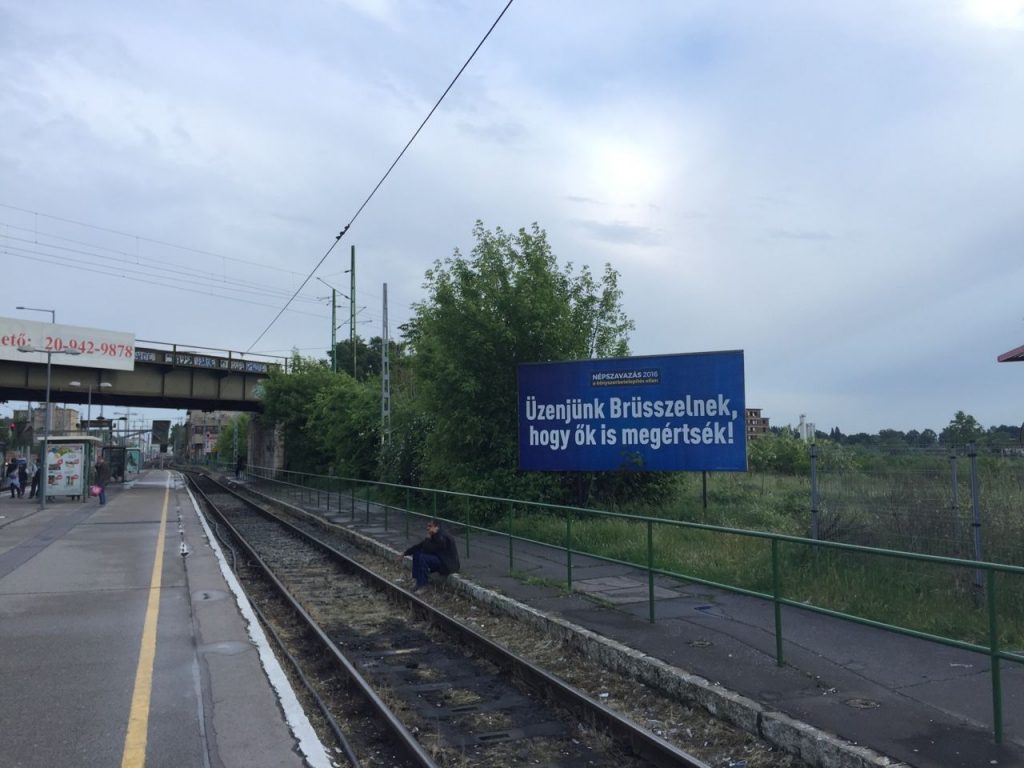 The Hungarian government said it was preparing to launch a campaign presenting the risks of the European Union’s mandatory migrant relocation scheme to the public and “sending a message to Brussels” at the same time.

Foreign Minister Péter Szijjártó said that the government trusts the planned referendum on migrant quotas will provide clear authorisation from the people to present a definite political position in Brussels. Szijjártó slammed the European Commission’s plan to fine countries that have a different view from the Brussels institutions.“It is completely un-European behaviour … and we will make every effort to prevent such political solutions from becoming the backbone for decision-making mechanisms in the future,” the minister told an event.

Hungary has spent millions of euros on stopping the migrants at its borders and it was the only country to take its Schengen obligations seriously, he said. No other country, except the Czech Republic, Slovakia and Poland, co-members of the Visegrad Group, has asked Hungary what form of solidarity it needed. “If we talk about solidarity, Brussels institutions are the least entitled to criticise us,” he said. “Hungary does not want to put pressure on Brussels, but Brussels is exercising pressure on member states … Hungary is a sovereign country so we do not need to exercise pressure, we must clearly present our position to the European Commission and we will say it sharply and clearly; everybody can be sure about that,” he said.

Meanwhile state secretary Bence Tuzson told public news channel M1 that the 4.9 billion forints (EUR 15.5m) the Hungarian government’s cost estimate of the referendum does not include the planned campaign, involving radio, TV and social media ads. “Brussels must understand that Europe cannot be turned on its head,” Tuzson said. The continent is made up of independent nation states, and the EU must accept their decision, he added. The campaign’s first billboard posters, appeared across Hungary over the weekend, say: “We are sending the message to Brussels to make them understand.”

The campaign against the EU’s quota system is “money down the drain,” the opposition Socialists said, adding that Brussels was “fully aware” of what PM Viktor Orbán and his ruling Fidesz party wanted to achieve. István Ujhelyi, Socialist MEP, said politicians at EU institutions have experienced how the Hungarian government acts like a partner at the negotiation table but obstructs any opportunity later on and presents the European capital as the evil city at home. Ujhelyi said the referendum was “vile” because it does not give answers to issues affecting the community but serves the political purposes of the governing parties while driving Hungary further away from Europe.