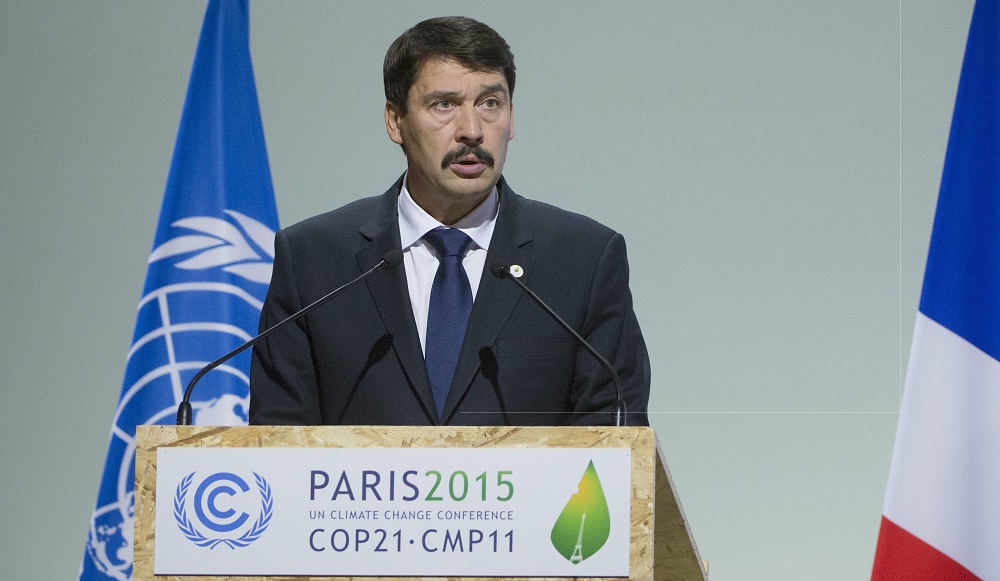 “I have this recurring dream. In this dream I talk with my still un-born grandchild. We are 25 years ahead in time, which in human terms is significant, but from a historic perspective is insignificant.

My grandchild says the following to me: Grandpa, I grew up to be an adult in a period when the impacts of climate change posed a direct threat to human civilization. I still have this nagging question however.Could you have stopped in your own time all that has happened by today? Why didn’t you listen to scientists? Why did you disregard scientific evidence?

You were aware that the quantity of greenhouse gases in 2015 was already much higher that it ever was in the 800 thousand years before. You knew that a similar amount of carbon dioxide had already accumulated once in Earth’s atmosphere 3 million years earlier, and you also knew what dire consequences it had.

An increase of a mere 3 degrees in temperature resulted in an in a 9 meters sea level rise.

Why did you disregard the forecasts of those who at the end of the 20th century had already predicted that if humanity refused to change its irresponsible behaviour it would have serious consequences.

When in fact after the Millennium, you were already feeling the signals that nature was sending you first hand. How come, that with all the scientific evidence even this was not enough to con-vince you?

Why didn’t you hear the warnings of the world’s religious lead-ers, which reminded you about your responsibility for future generations? Why did you sit idle and wait to see happen what we are now suffering from?

Grandpa, why did you let this happen? Why didn’t you act in time?

It is up to us to decide in the next coming days how we will answer these questions.

My objective – and I hope your’s too – as the President of Hungary and also as a father of four children is to ensure that 25 years from now my grandchildren or your grandchildren should not be forced to ask questions like these.”