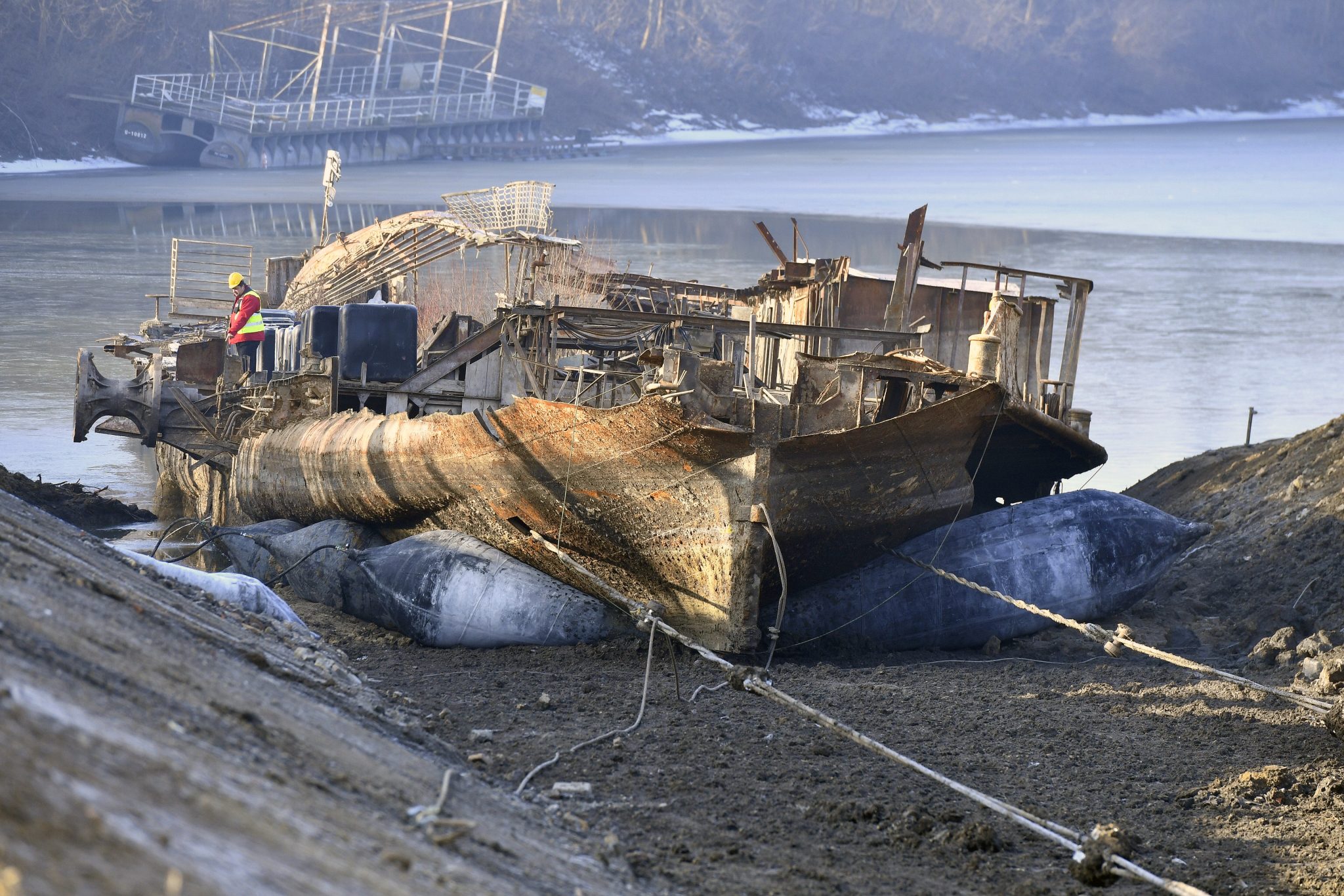 The recovery of the wreck of legendary Hungarian-made steamship ‘Szőke Tisza,’ (Blonde Tisza) began in Tápé Harbor near Szeged on Thursday morning. The largest paddle-wheel steamship built in Hungary sank back in 2012. 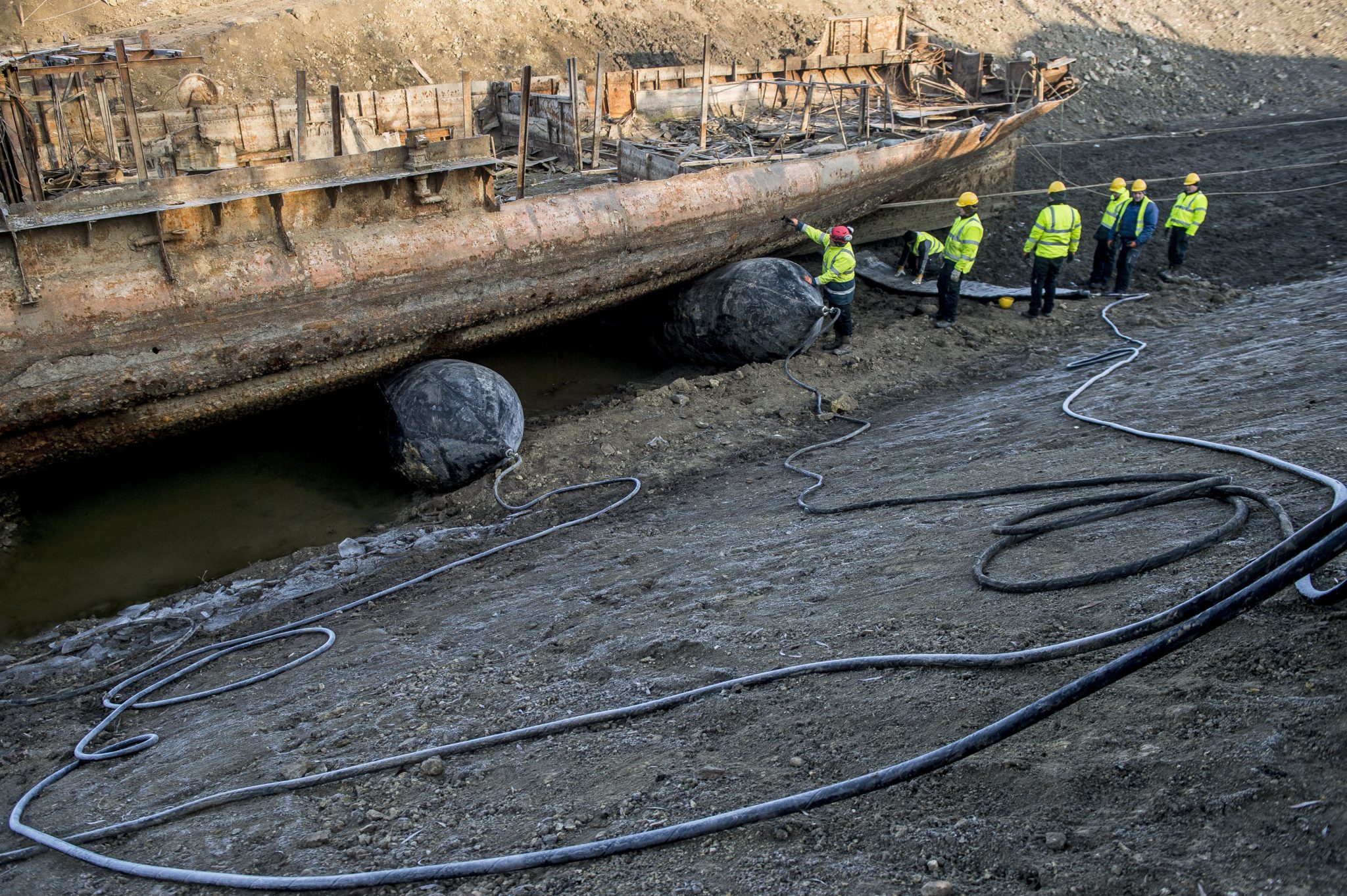 Tamás Heizler, Managing Director of MA-HARD Vízépítő Kft., the company that carries out the lifting, said that the process was preceded by months of preparation. The wreck was brought to the surface last October, then a water re-circulation system was installed around the ship to prevent further damage by the ice sheet. On the shore, ramps were built from soil and mooring points on the hull and on land to help with the recovery. The lift is made with a number of pulleys and almost two kilometers of rope. 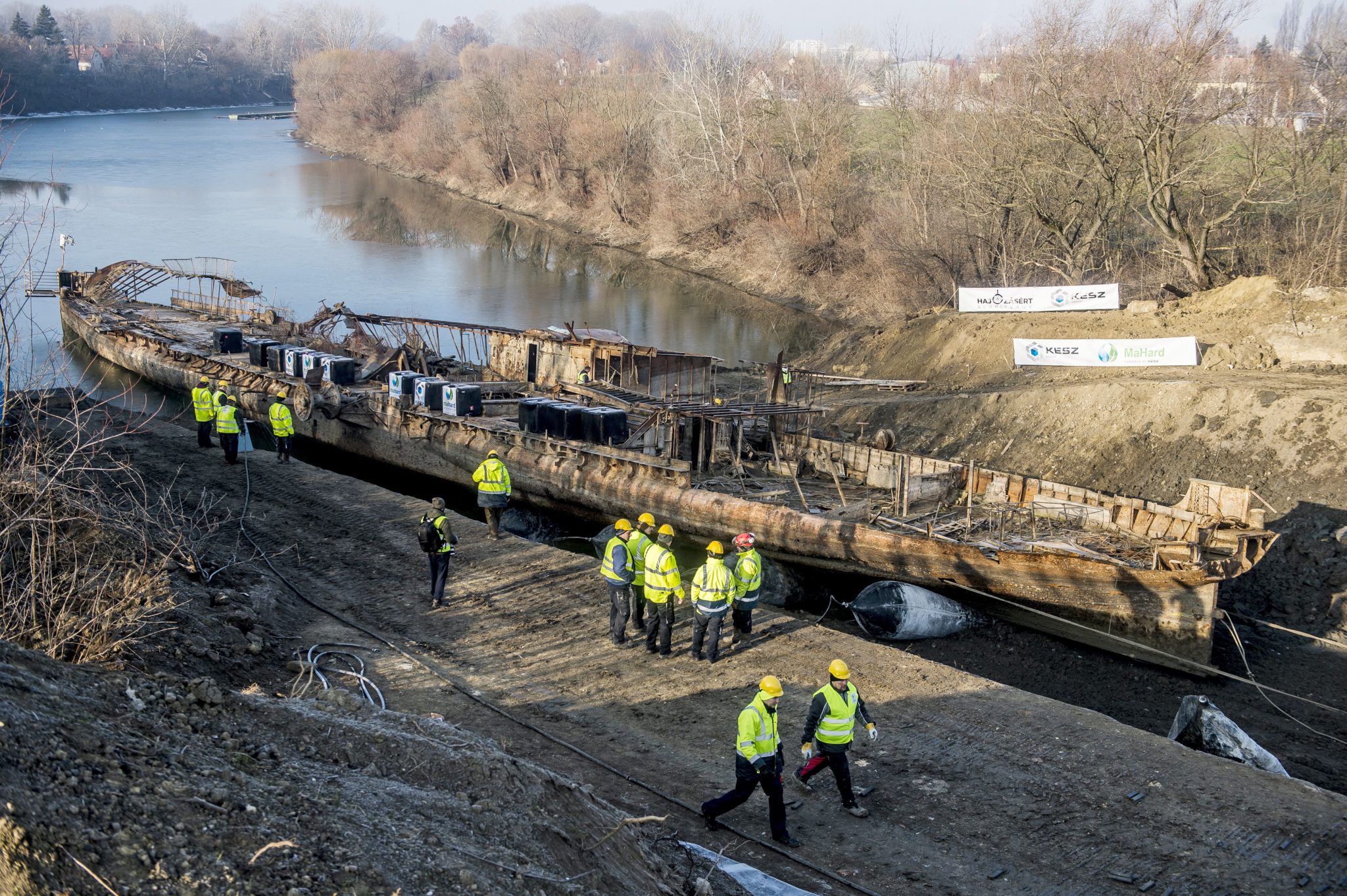 The heavily damaged ship, estimated to be around 300 tons, was supported evenly with the help of 15 inflatable balloons. They are ten meters long and one and a half meters in diameter, can hold up to 80 tons each, and assist the lifting of the wreckage by rolling under the body of the ship. The ‘Szőke Tisza’ is expected to make it to ground on Friday, the culmination of the entire operation, when the stern of the ship will be lifted to the front of the wreckage on shore.

Built in 1916/1917, the ship was originally named after Charles IV, the last Hungarian king. It saw a number of historic events during the 20th Century and was re-named before it was retired in 1976, taken to Szeged, and used as a disco ship. The ship was sold for a symbolic amount, to be used as a museum and restaurant and placed in the Tápé Harbour in 2000 but, in fact, it was never renovated, and left to its fate, meaning that several pieces were stolen or taken away. It finally sunk in 2012. Five years later, a foundation, which had only been established to save the ship, purchased it, with intentions to recover it, now possible due to a drought and low water levels.