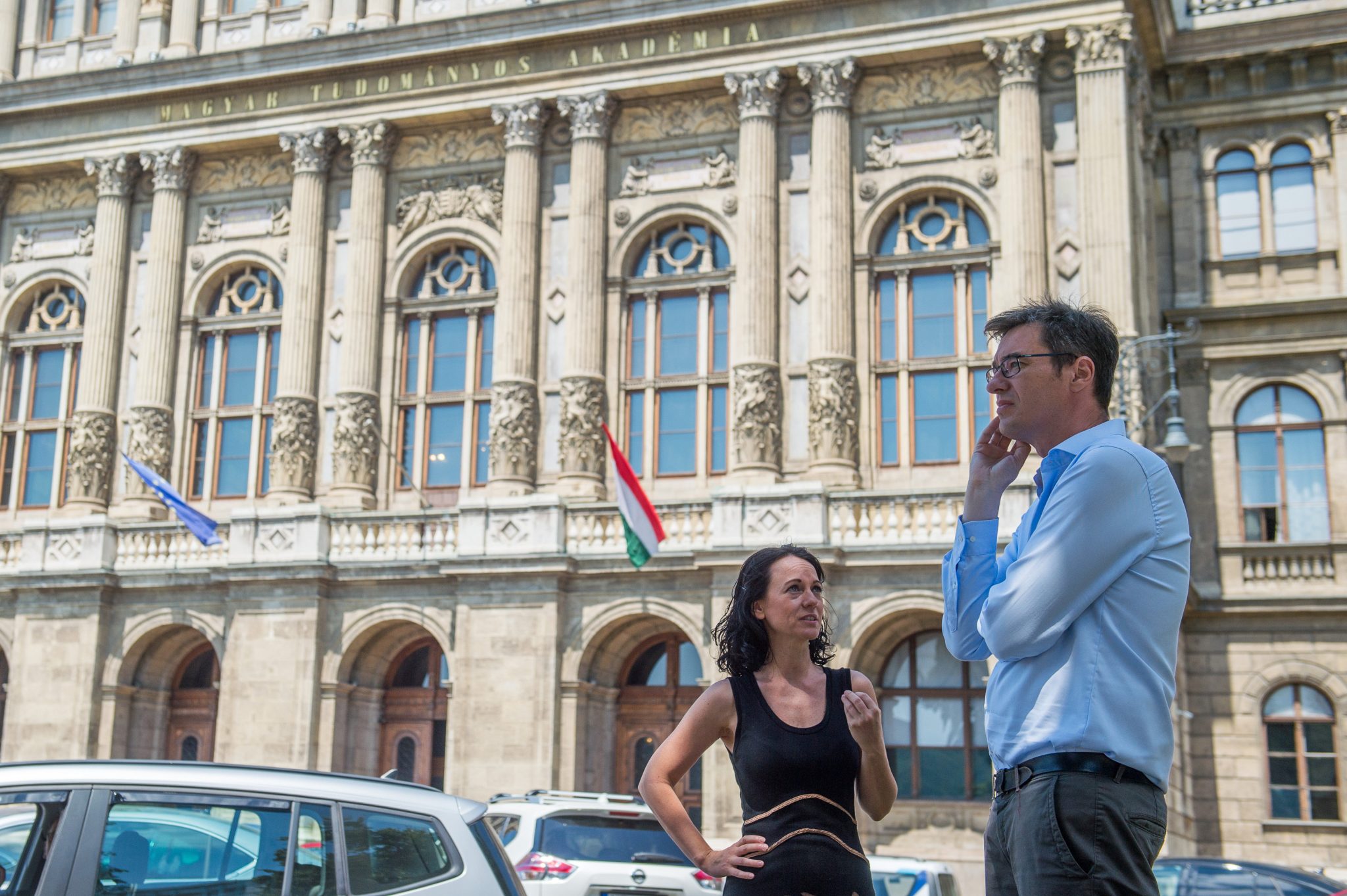 Tímea Szabó, the co-leader of the Párbeszéd party (Dialogue), held an extraordinary press conference at the entrance of the Representatives’ Office House on Sunday about the recently leaked audio recording in which opposition Budapest mayoral candidate Gergely Karácsony talks about opposition chances, the corruption of local allied socialists (MSZP), and threats to his family by the head of the Socialist Party’s 14th district chapter.

Szabó said they were able to conclude where the leaked audio had been recorded: it was taken in the representative’s office where they regularly hold the party’s presidency meetings.

The politician said it was clear that the recording had been edited, as many times after a question, Karácsony’s answer given to a different question can be heard. It was also edited together from recordings of several different meetings.

According to Szabó, the audio recording was distorted and manipulated in order to cripple Karácsony’s campaign and the unit of the opposition. In her view, it is clear that PM Viktor Orbán, Budapest Mayor Tarlós, and governing Fidesz are terrified because Tarlós and Karácsony are neck and neck in all recent surveys, only weeks prior to the local elections. She said the opposition unit has never been as strong as it is now.

Also, on the audio, a child’s voice can be heard, who – according to Tímea Szabó – is her child, born last year, as she often brought her to the meetings.

Someone regularly listens to, records, and makes the Párbeszéd presidency meetings public in the Representative’s Office House which is under national security protection, so this is a criminal offense, the politician pointed out.  On Sunday, Szabó filed charges (just as Karácsony did a few days before).

According to Szabó, the leak was in the interest of Fidesz and she compared it to methods used by Putin and Erdogan.

The case here is the Hungarian Watergate. This case is the greatest scandal in Hungary in the 21st century to this date.”

The audio was edited together from separate recordings from a past conversation where Karácsony can be heard stating things like he will be “buried” if he goes back to district 14 (he is the incumbent local mayor) or when answering a question he suggests that his family had been threatened several times by Csaba Tóth, the head of the Socialist Party’s 14th district chapter.

During his press conference, Karácsony later emphasized that the recording was illegally taken using secret service methods and manipulated, and those parts damaging to Fidesz were completely removed. He also pointed out that when he was talking about threats he was talking about economic operators and not Csaba Tóth, but that part was also edited. Later Karácsony posted a photo with Tóth to Facebook saying their friendship was rock solid.

Meanwhile, Minister of the Prime Minister’s Office Gergely Gulyás of ruling Fidesz said that the audio recording revealed the “mafia conditions” prevailing on the political left.