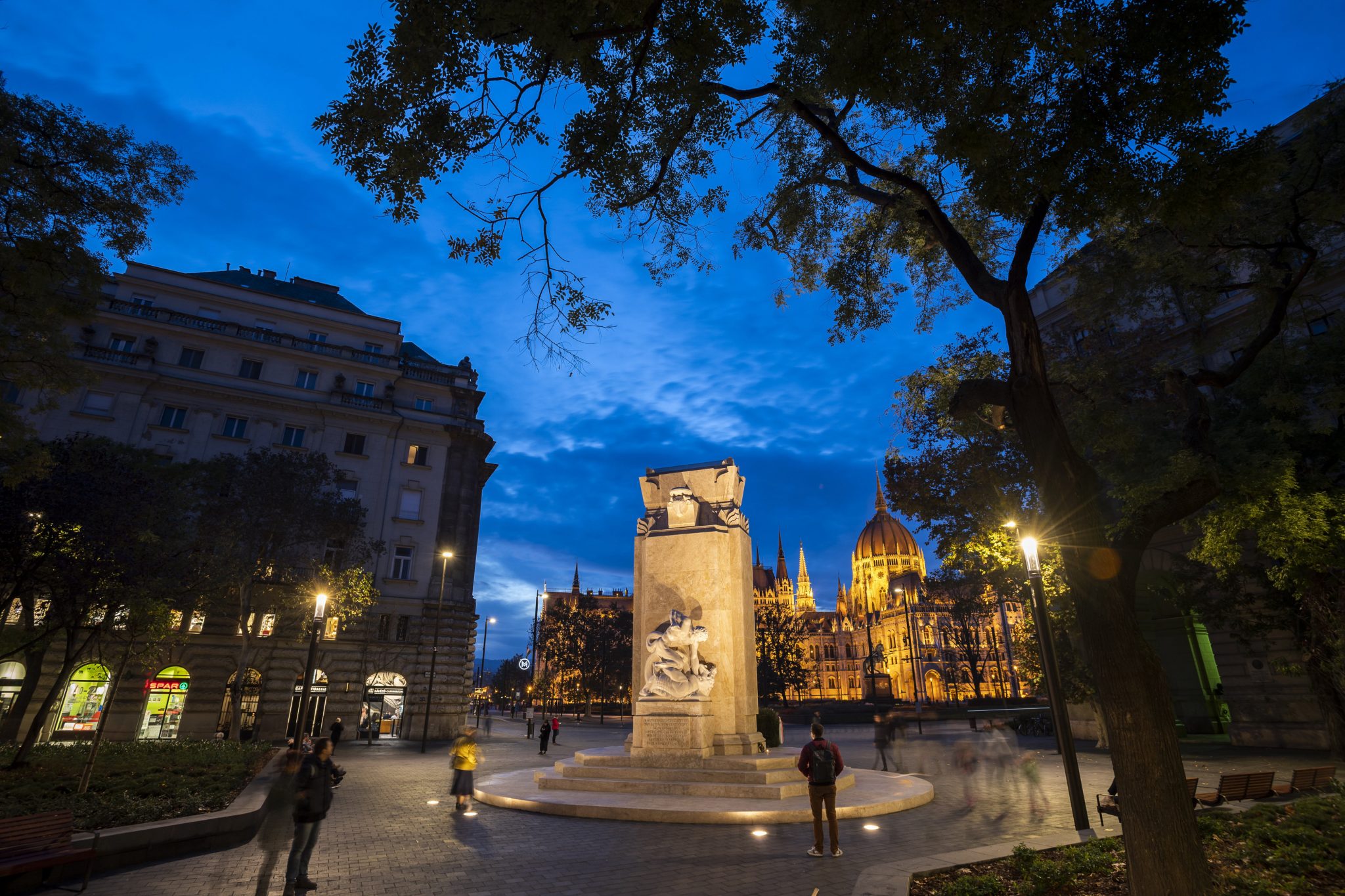 The reconstructed post-WWI monument dedicated to the martyrs of the communist Red Terror in 1919 was inaugurated by Prime Minister Viktor Orbán and House Speaker László Kövér last week. 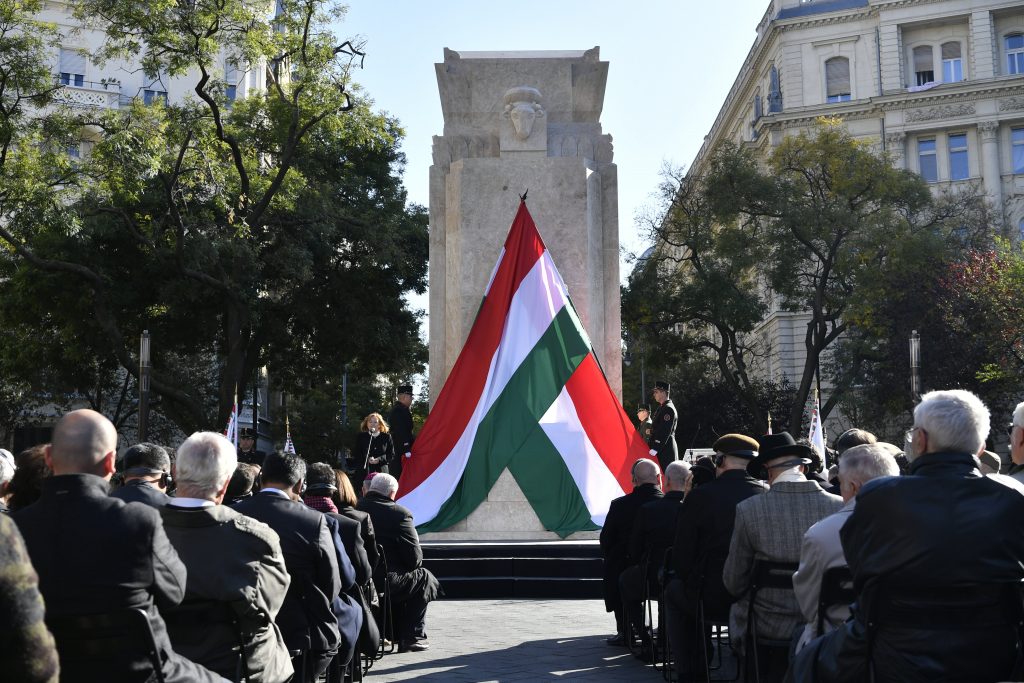 The original statue, the Monument of National Martyrs, had been inaugurated in 1934 by right-wing governor Miklós Horthy, leader of the country from 1920 until late 1944, and had been demolished after WWII in 1945. It was aimed to commemorate those (over five hundred) who perished during the short but tragic period of the Tanácsköztársaság (Hungarian Soviet Republic or Republic of Councils in Hungary) in 1919. 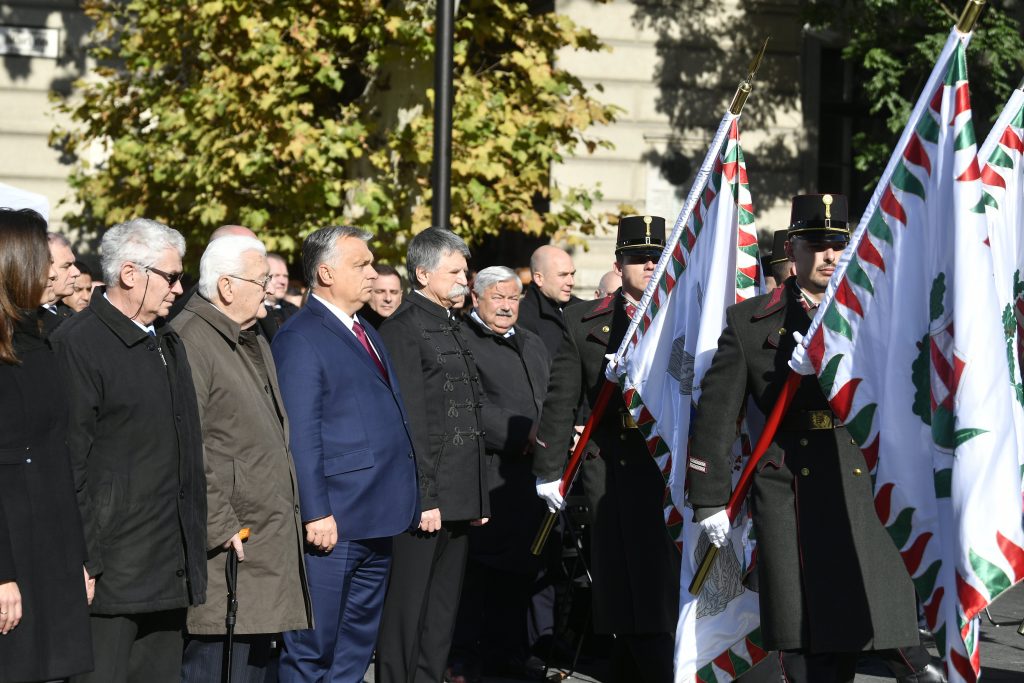 According to the leader of the project, Tamás Wachsler, the memorial has been reconstructed via contemporary photos and documents. In addition, as liberal weekly HVG showed, the inauguration ceremony also quite resembled that of the one in 1934 by Horthy. The government has long declared that it aims to reconstruct the areas surrounding Parliament to its 1944 form. As a result, a number of statues have since been re-located and others were rebuilt. 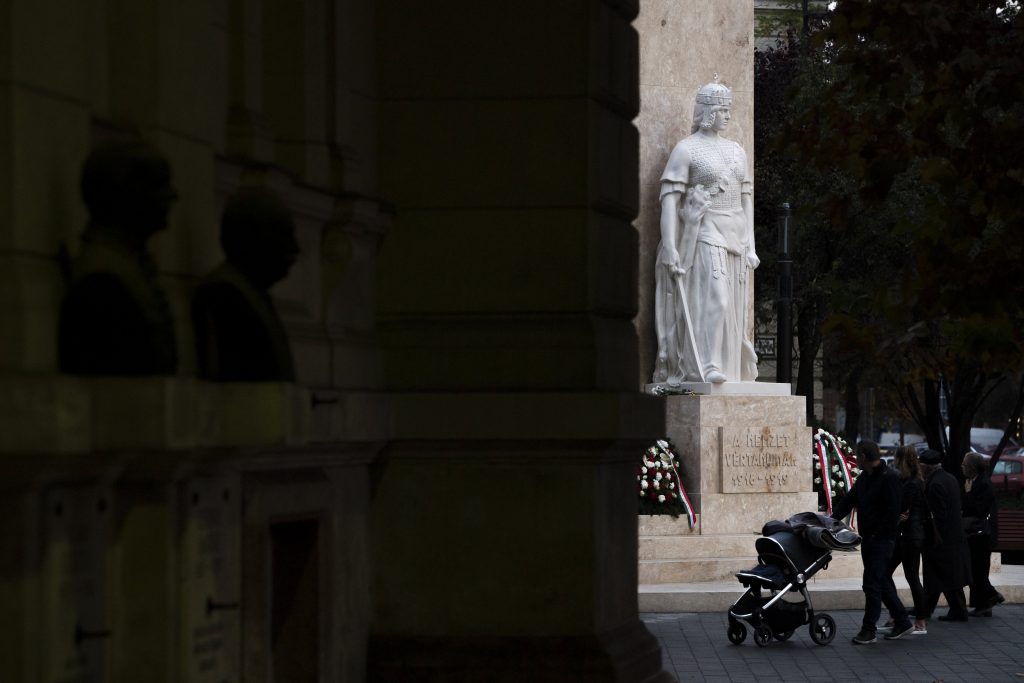 As this was the spot of the memorial of Imre Nagy, Hungary’s martyr communist prime minister during the 1956 revolution, its relocation to nearby Jászai Mari Square stirred criticism. A leftist opposition-led demonstration and some statements, including one from Nagy’s grand-daughter, accompanied the re-location.

In addition, some critics see it as yet another example of Orbán trying to erase the period between 1944 and 1990. According to the new Fundamental Law of Hungary, implemented and voted in by Fidesz-KDNP, the country lost its sovereignty in March 1944 and reclaimed it in 1990.

At the ceremony, house Speaker and Fidesz founder László Kövér stated:  “Today, we are commemorating the victims of political terror,” referring to the assassination of former prime minister István Tisza 101 years ago. 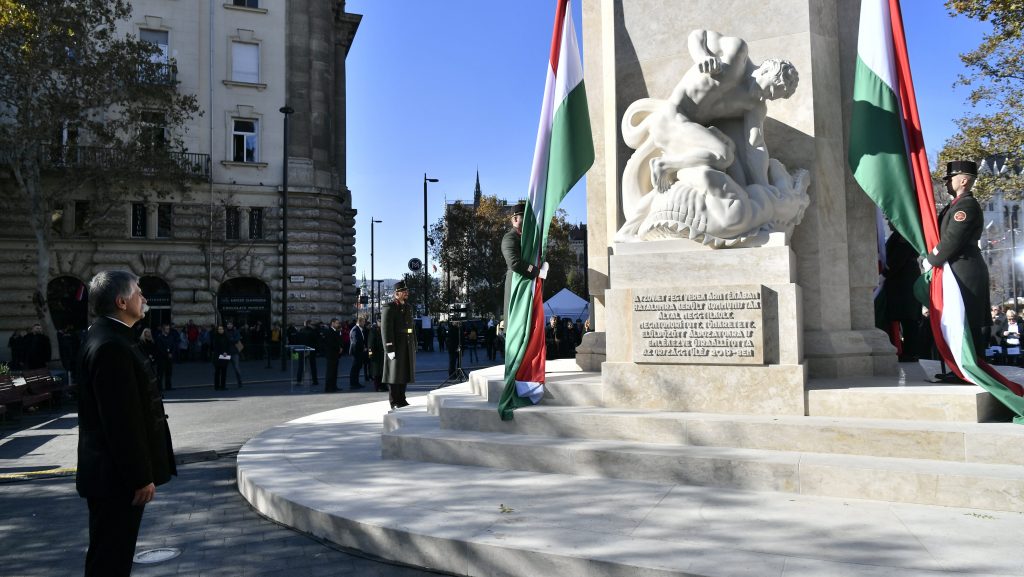 He then drew a parallel between the red terror’s leaders and their alleged current followers without naming anyone.

The 1,000 or so people who took the entire country hostage after the 1919 communist takeover were driven by angry anti-Christianism, ardent internationalism, an intense hate of the nation, a conscious effort to disintegrate families, and false slogans,”

Kövér said, adding that the civil war, the intellectual and political struggle, is still going on in other forms.

In 1919, those who denied God, homeland and nation called your grandfathers bourgeois. After ’56, your fathers were called retrogrades, and after 1990 all of us believers in the power of democracy were called hicks. And today we are nationalist, populist, anti-European, xenophobic, Islamophobic, homophobic, and who knows what else they call us just because we stick to our communities, our culture, our traditions. Don’t have any doubts that if you allow them, they will come back and stamp your children, your grandchildren. The descendants of the Lenin boys are still standing in front of us today.”

Fidesz-ally Unified Hungarian Jewish Congregation’s (EMIH) Chief Rabbi Slomó Köves was also present at the ceremony. He said that the Hungarian Soviet Republic was the first period in the thousand-year-old Hungarian history where the existence of God was denied.