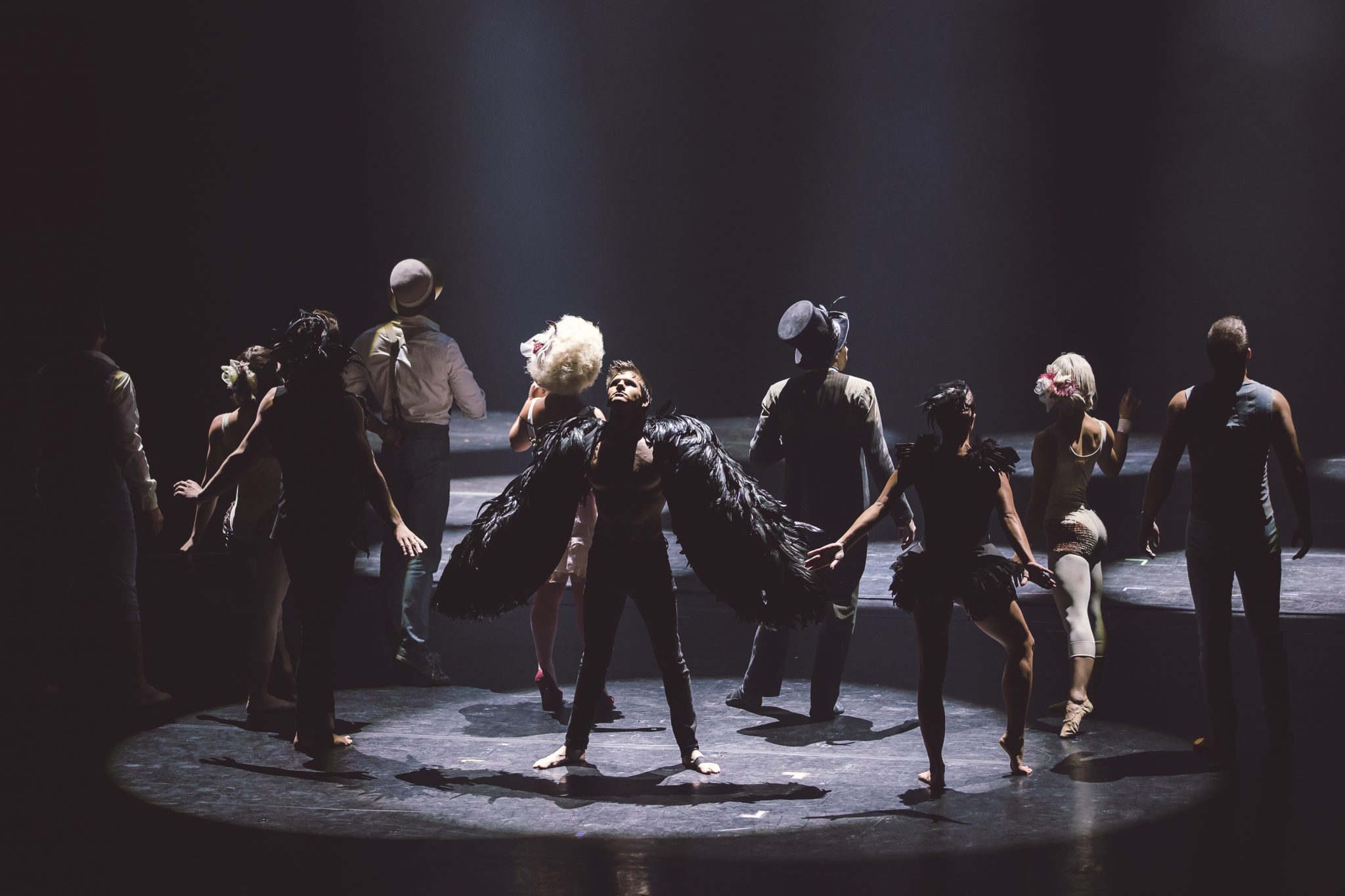 The old American saying: “It’s a three-ring circus!” paints a picture of an entertaining chaos. That colourful phrase historically refers to the “Ringling Brothers” traveling circuses of the mid-19th century. Created by American entrepreneurs P.T. Barnum and J.A. Bailey, their circuses offered three circular tents of simultaneous acts involving trained animals, and elements of museum, menagerie, variety performance, and concert hall. By the 20th century, they were traveling the world as “The Greatest Show on Earth.”

Recirquel, Hungary’s equivalent to ‘the greatest show on earth’ (minus the animals), is taking itself on the intercontinental road — much like Barnum & Bailey. The company, which has refashioned the concept of circus into a skilled mix of ballet, acrobatics, theatre, and music, will make their New York debut on Feb. 14-16 at the Brooklyn Academy of Music (BAM), one of the world’s leading venues for progressive and avant garde performances. There, the company will present one of their six repertory pieces, “Non Solus,” a three-act blend of dance and circus with two solo performers (Renátó Illés and Gábor Zsíros) and original music by Gábor Terjék and László Fassang. 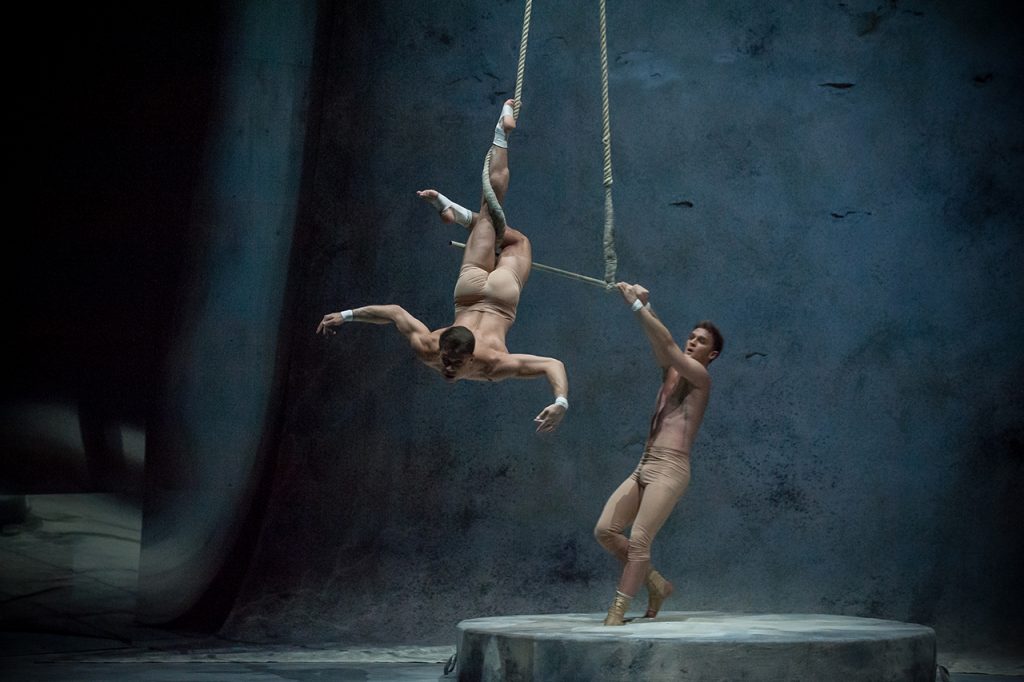 Recirquel’s founder and artistic director, Bence Vági, describes the genre he has developed since 2012 as “cirque danse,” with “Non Solus” and the company’s 2018 premiere piece, “My Land” as examples. In an interview with Hungary Today in the circus’ company offices in Óbuda, he explained: “Though you might see their greatest tricks, we turn them into an abstract piece. We break up the conventions while still respecting the traditional circus.”

Vági counts as one of his biggest influences the noted choreographer Pina Bausch, whose adherence to the fundamentals of dance training, within the scope of wildly modernistic creations, he follows. “The ballet basics are there,” he says, “but we create a painting — almost as if you had dreamt those scenes.”

Vági was born in Budapest, and after a childhood spent mostly in Germany, he trained in Budapest and in Liverpool’s Institute for the Performing Arts where he earned degrees in dance, choreography, and directing. He also acknowledges his fascination with film and film editing, which is clearly evidenced in Recirquel’s vivid scenarios of slow-motion balletic action, fast-action juggling, and theatrical devices achieving a surrealistic blend.

Vági also emphasizes the amount of cross-training the company invests in their performers’ skill spectrum. “When we find our performers [through intensive auditions], we cross-train them for two years,” he explains. “Part of our method is to educate — to train each of our artists to use their bodies in an abstract way. The two men in “Non Solus” demonstrate those results. [Our] circus is always evolving: we tell stories, we express emotions, we move beyond the pure attractions.” 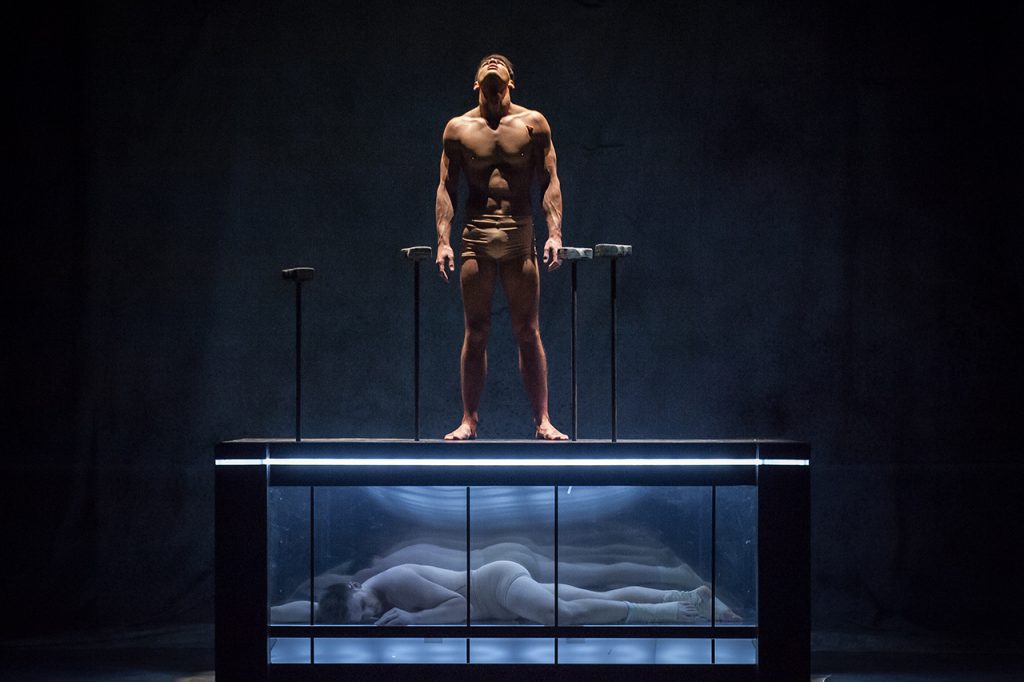 The first show of the company was performed in 2012 at the 20th anniversary of the annual Sziget Festival, where Csaba Káel, CEO of Budapest’s Palace of the Arts (MÜPA), discovered them and invited them to continue creating new works at his venue. They subsequently debuted as Recirquel with “Night Circus,” in 2013, within the Budapest Spring Festival.

There’s a disrespect for circus; I think it’s wrong. Animal care has been one of the issues. When you look at Munich’s KRONE circus, for example, their animals live in 5-star luxury, and they are visible to the public 24-7. That’s how it should work. The circus brought unusual animals to the general public for the first time. (Bence Vági) 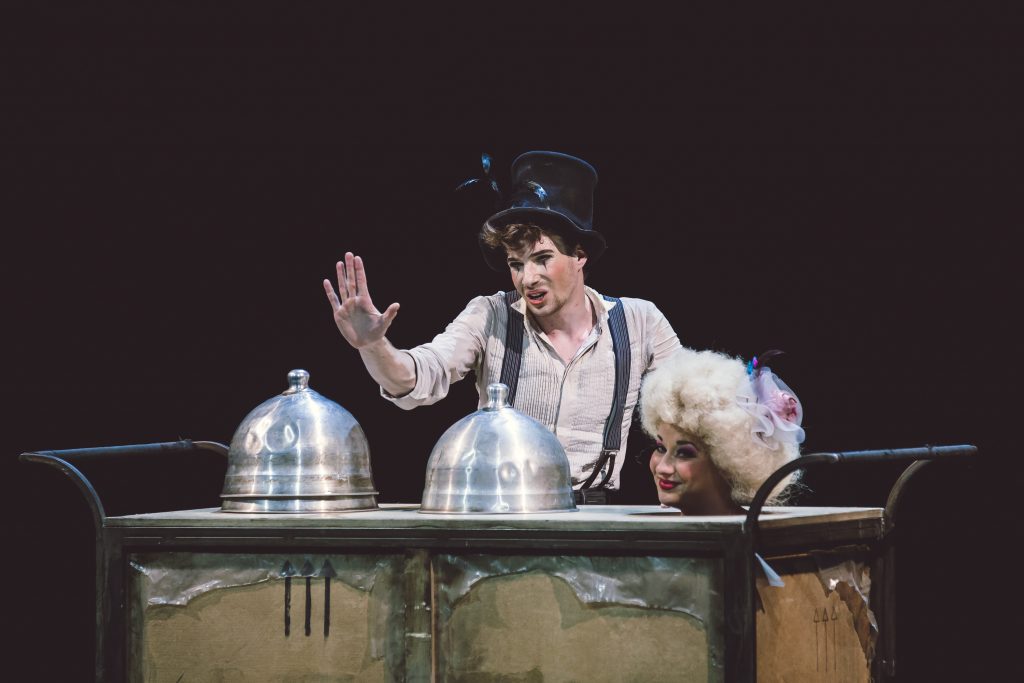 Since then, they have amassed a remarkable history of touring, having already visited Norway, Israel, France, and Scotland’s renowned Edinburgh Fringe Festival, where they earned rave reviews.

In Tel Aviv, we sold out 3,000 seats every night. They gave us standing ovations, and in tears. All that gave us so much energy, which we brought back to Budapest. It made our performances here even better. (Bence Vági)

My Land. Photo by Csaba Mészáros/Recirquel

In addition to their native Hungarian tongue, the 30-person company has performed in German, French, Hebrew, and English. “We have spent a total of 130 days abroad,” exclaims Vági. “We are Hungary’s largest [cultural] export, after the Budapest Festival Orchestra!” 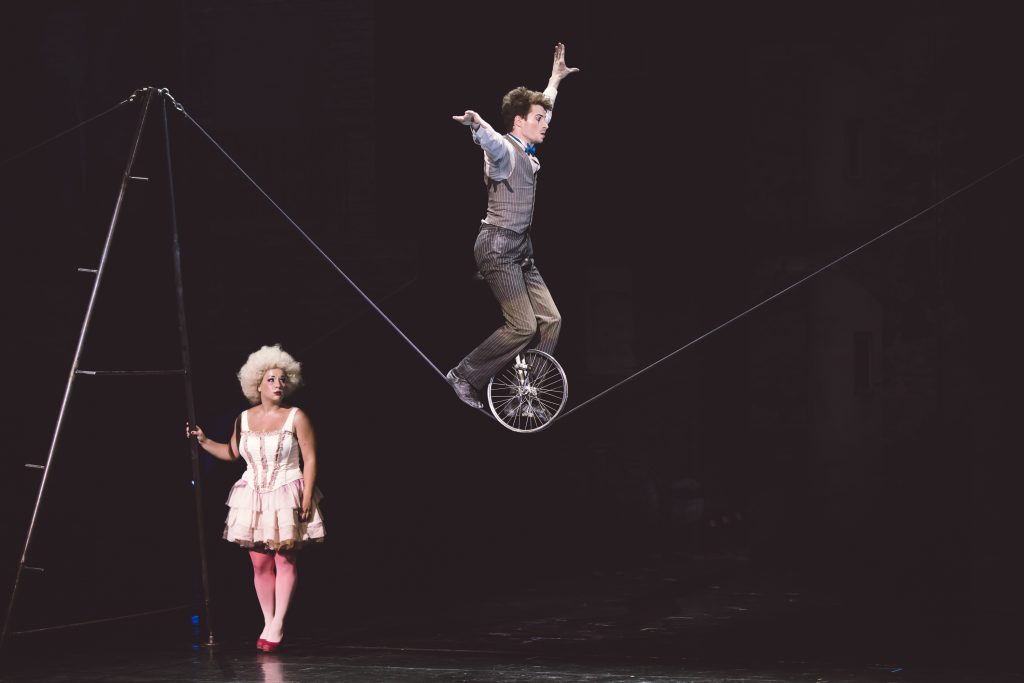 Vági pays heartfelt homage to the original foundations of circus, from its sawdust floors (which he recreated in “My Land”) to its death-defying aerial acts. The historical circus of Barnum & Bailey, Vági recounted, became obsolete “because of television. People didn’t need to leave their homes to see animals in the three rings and other supernatural acts in the air. After being the main attraction in town, it suddenly became old-fashioned.” 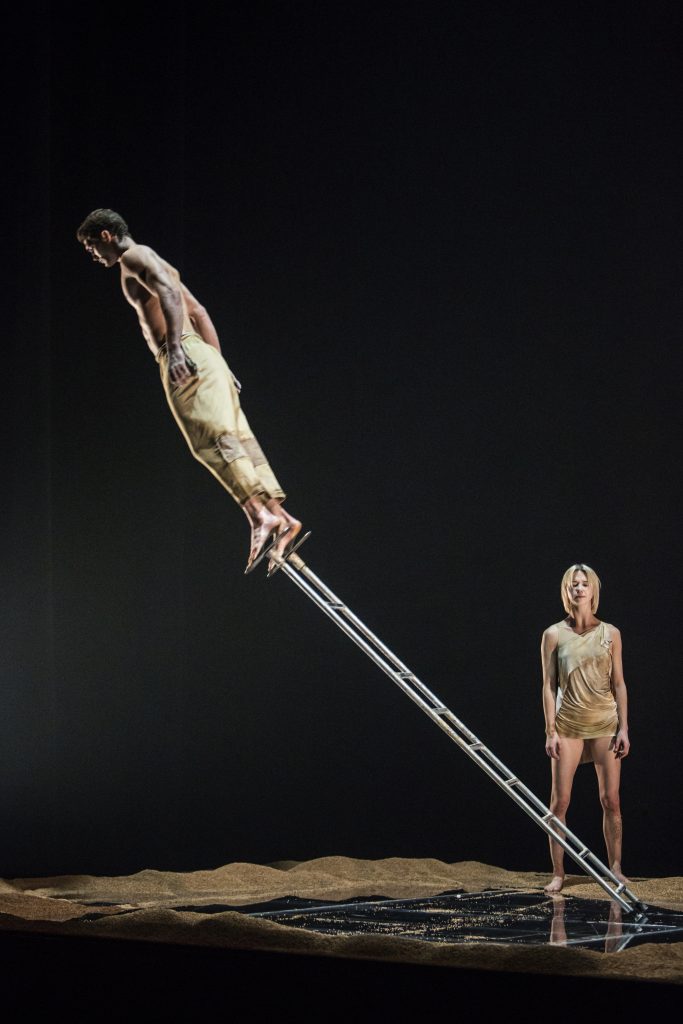 My Land. Photo by Zsófia Pályi/Recirquel

Their debut at BAM in NYC awaits — an adventure Vági is extremely proud of. But he never forgets his historical roots: “You know, it’s still the gypsy life,” he smiles, “but that’s also part of the old magic of the circus.”

On the featured photo: Night Circus. Photo by Attila Nagy