The award was handed over by Miklós Soltész, state secretary for religious and ethnic relations, on Wednesday.

Soltész thanked Róna for his work educating young people and promoting Christian-Jewish dialogue. He added that religious and political leaders “may argue with each other from time to time” but they always agreed on the principles of “retaining religious communities and pursuing Jewish-Christian dialogue”. 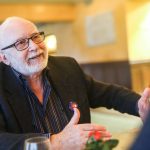 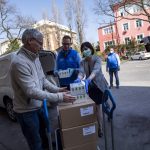