Puskás Beer to Hit the Shelves in October 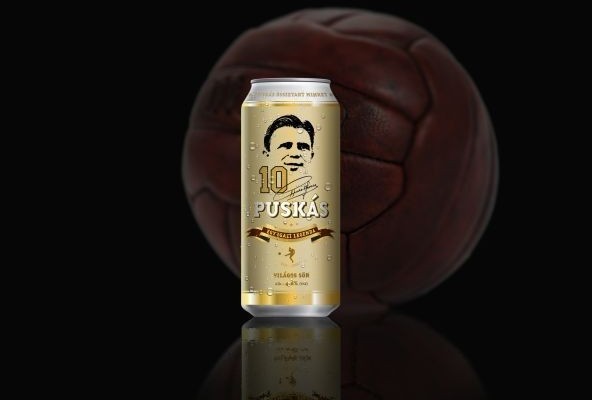 Puskás beer, named after the iconic national football player of Hungary, Ferenc Puskás, is set to hit the shelves of major stores after the national holiday of October 23, reported MTI earlier. According to PUSKAS.COM Kft, the license management company of the Puskás heirs, the product will first be available in Metro stores. Later, it will gradually expand, reaching Tesco in mid-November, and other chain stores until the end of the year.

The packaging of the 4,6 percent alcoholic lager beer is the result of a competition: a gold can with the portrait of the striker of the Golden Team, complemented by number 10 – his squad number. A certain part of the revenue will be donated to charity: widows and relatives of former football players will be supported, according to the initiative of the widow of Ferenc Puskás.

The most dedicated supporters of the Hungarian national football team were lucky to be the first to taste the new beer. Fans traveling the to the European Qualifier between Romania and Hungary earlier this month, resulting in a 1-1 draw, received a can of Puskás beer.