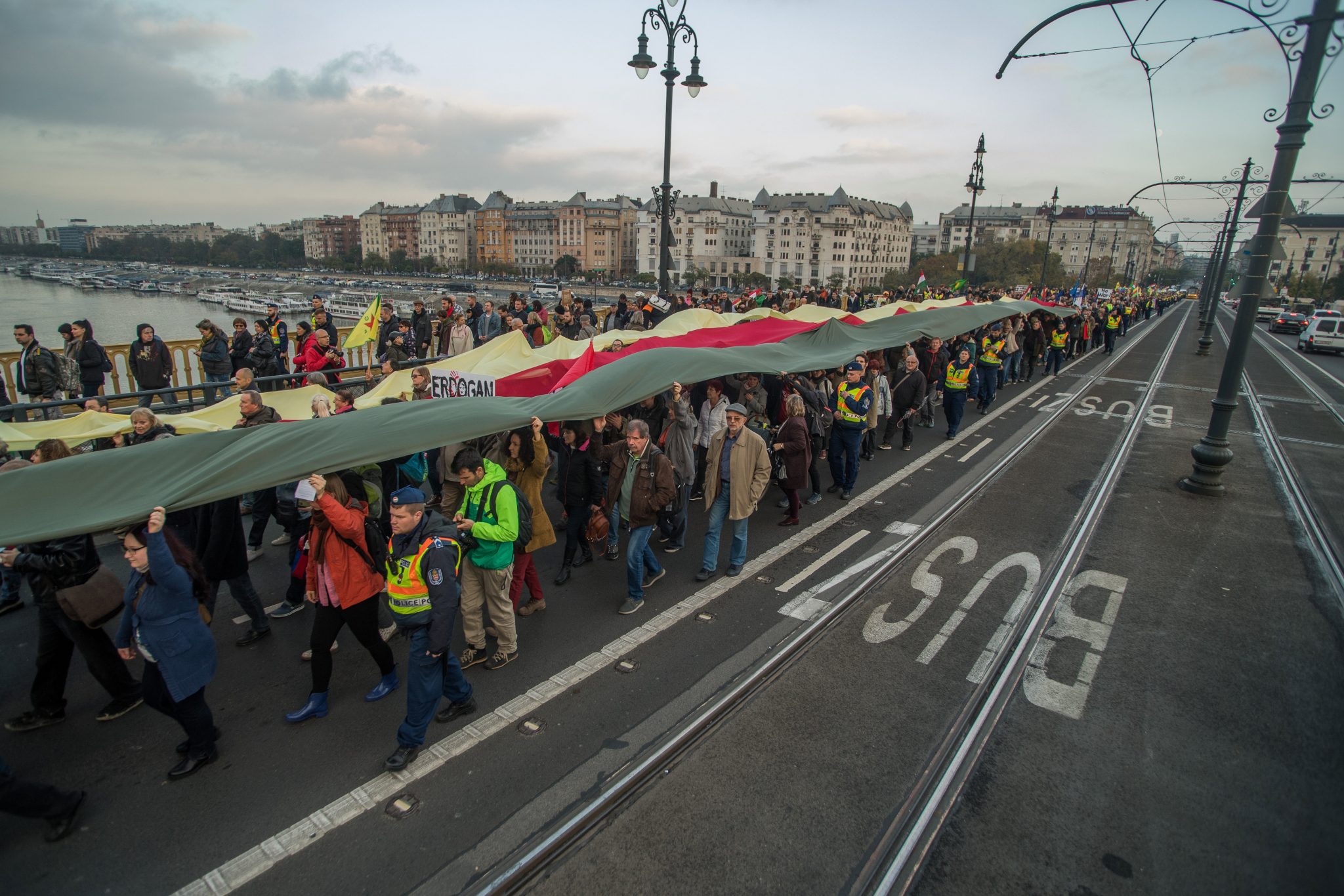 Turkish President Recep Tayyip Erdoğan visited Hungary yesterday, meeting with President János Áder and Prime Minister Viktor Orbán. There were closures throughout the city all day because of Erdogan’s visit – Andrássy Avenue was completely cleared of cars and pedestrians. At the same time, several demonstrations were organized and held around the capital, as well as commemorations for the Kurds.

As we have reported, opposition parties protested against the visit with posters and stickers, while Budapest Mayor Gergely Karácsony also expressed his opinion of the Turkish President’s visit.

Simultaneously, at least three demonstrations were held in the city. Protesters demonstrated against Erdogan with Kurdish flags and anti-Erdogan chants. The first demonstration began at 2 pm with speeches, then the protesters left Oktogon and marched to Széll Kálmán Square, where the crowd swelled to thousands of people. The demonstration, organized by left-wing civilians, opened with the statement: “We are here to protect the Kurds.” 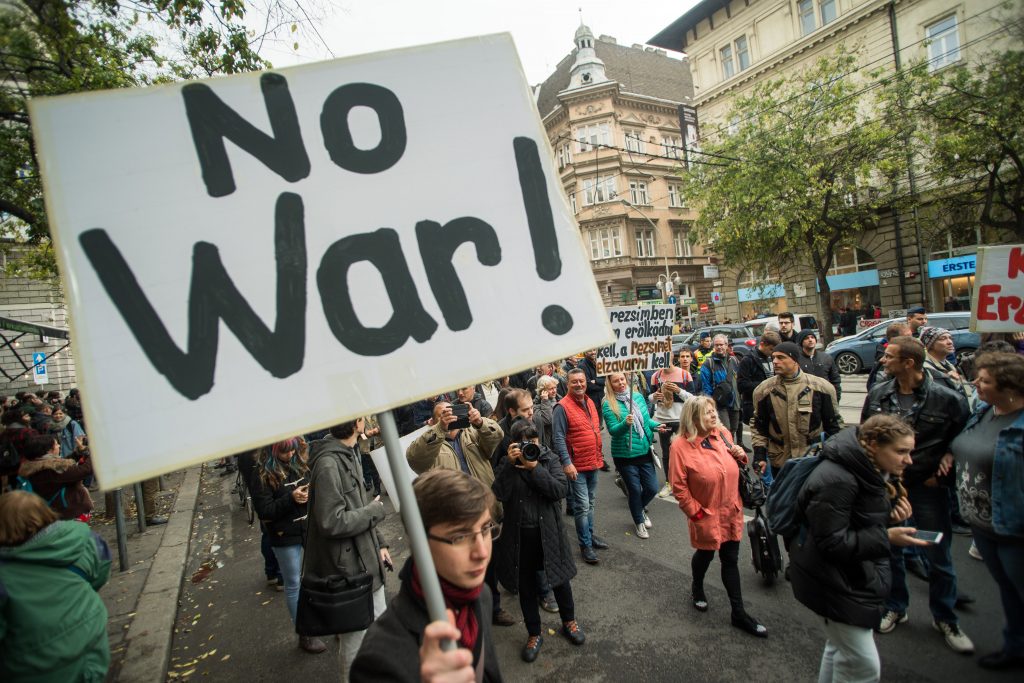 The participants started marching towards the Nyugati Railway station at 3pm and were constantly joined by passers-by. According to index.hu, protesters from Aradi Street to Nyugati Railway Station occupied the full width of the street, so the tram 4-6 stopped running and car traffic also stopped temporarily. At half past four, around Jászai Mari square, the crowd consisted of roughly two thousand people. Here they waited for the others and raised a big, yellow, red, and green Kurdish flag over the marchers’ heads. At Széll Kálmán Square, several hundred people were already waiting for the protesters with flags and posters, and the protest continued with speeches. At the end of the demonstration, thousands tried to leave but found it difficult to move because of the traffic closures and were stuck in the vicinity of Széll Kálmán square and Margaret bridge. Later, part of the crowd went to Gül Baba Turbeh, where the Turkish president paid a visit. 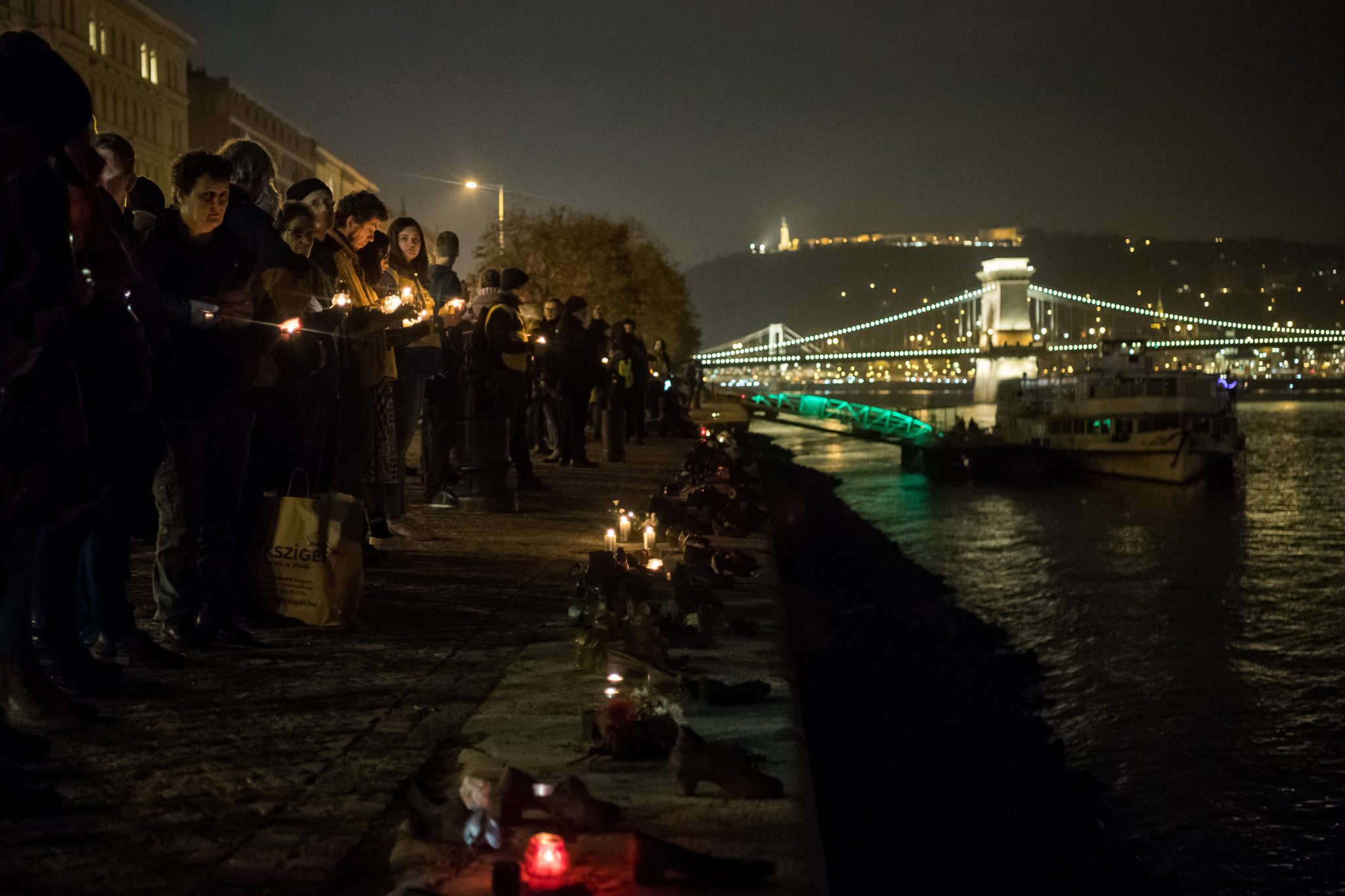 At 6 o’clock in the evening, another demonstration was announced for the Kurds. The demonstration, titled “Not in my name!” was announced to the Turkish Embassy on Andrássy Avenue, where protesters were about to light candles to commemorate the victims of the Kurdish invasion. It was not easy to get to the demonstration, as according to index.hu, Andrássy Avenue was completely closed from Munkácsy Street to Heroes’ Square. Police stopped everyone on Andrássy Avenue. About a hundred people gathered on Rippl-Rónai Street with candles and pictures of murdered Kurdish politicians. Some of the protesters eventually went to the Turkish Embassy, ​​but by 9 pm there were only a handful of people left. 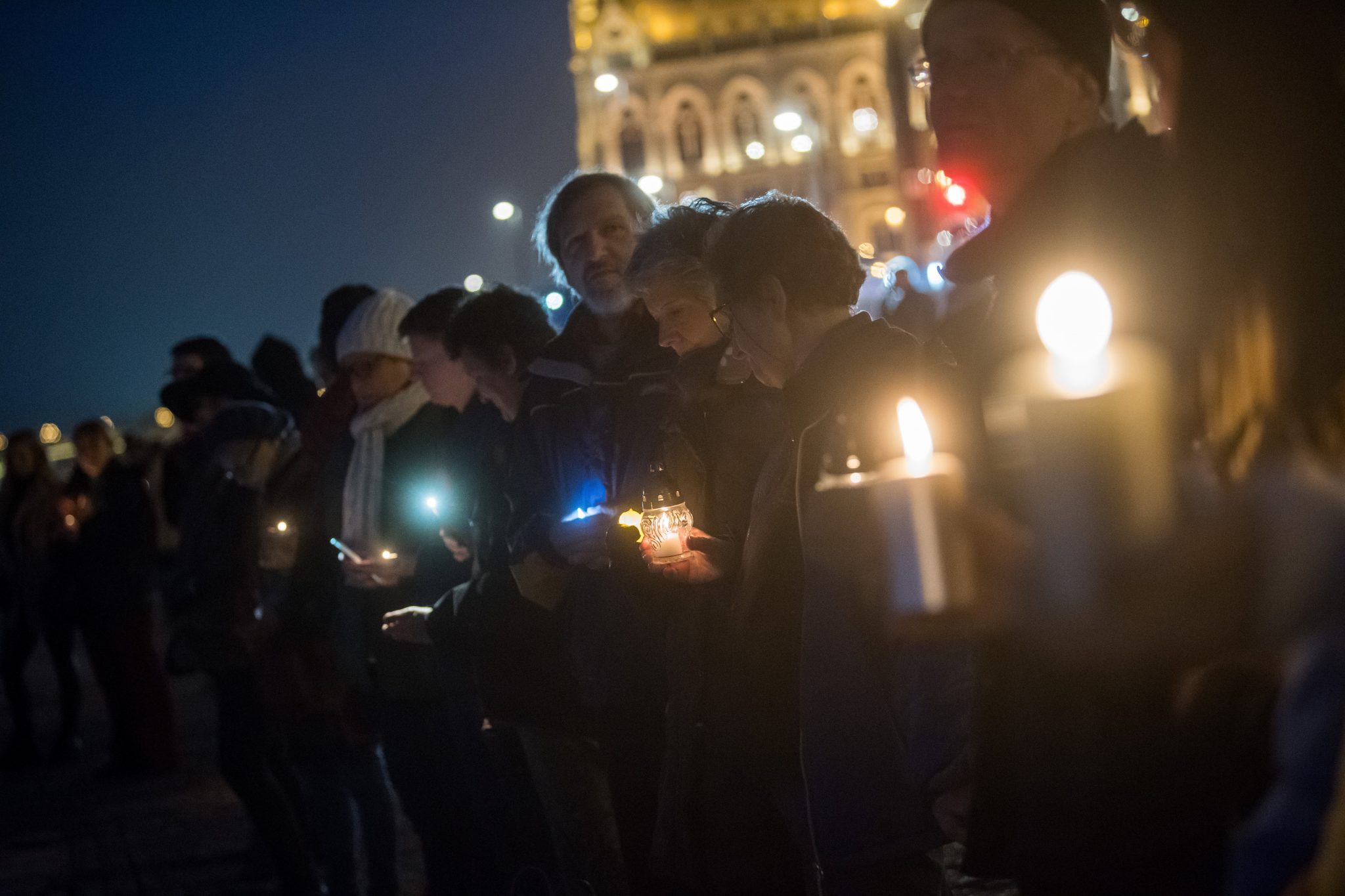 PM Orbán also sent a message to the protesters, saying that Turkey is Hungary’s strategic partner when it comes to security and the issue of migration. He added that “If someone in Hungary fails to show such respect, my job as prime minister is to apologise to Turkey … We don’t accept any country or its leader being mocked by anyone.”