Demeter is accused of using her parliamentary privilege last September to obtain confidential data on Hungarian army operations and publishing it on social media illegally, the investigations office of the public prosecutor said in a statement. Further, the information published contained falsehoods, it added.

Parliament lifted her immunity at the request of the public prosecutor. Demeter then did not make a confession, the statement said.

Based on provisions of the new Criminal Code, if during preparatory hearings the accused admits to the crime she is charged with, a fine of 2,000,000 forints (EUR 6,600) applies, the statement said. Abuse of office by a lawmaker carries a sentence of up to three years’ imprisonment, it added.

In October 2018, Demeter submitted questions to the interior and defence ministers asking them why a minor named Flóra Orbán, whom Demeter had wrongly assumed to be the prime minister’s daughter, had been allowed to travel on an Airbus operated by the Hungarian army. 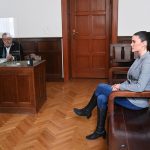 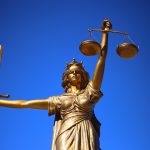