Pros And Cons: Viktor Orbán In The Western Media 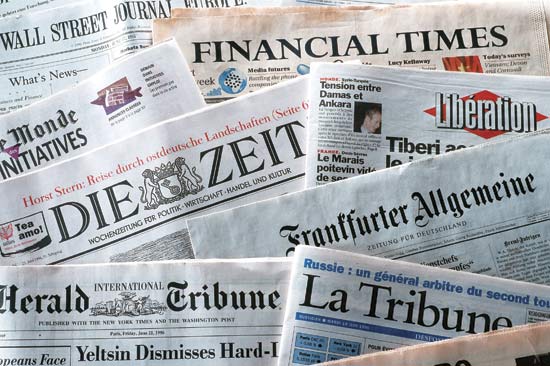 While a convincing 80 per cent of the Hungarian electorate appears to back Prime Minister Viktor Orbán’s hard-line policies in handling the migrant crisis – as also reflected by surging support for the governing Fidesz-KDNP party alliance, the Western media and political sphere appears more divided than ever over what the Hungarian leader claims is “the protection of the European continent”. Unsurprisingly, left-wing and liberal news outlets take the lead in criticising the Prime Minister’s policies, but the issue seems to go beyond party boundaries: while former EU commissioner Viviane Reding, who represents the European Parliament’s centre-right group Fidesz is also part of, has again called for the PM’s party to be expelled from the conservative alliance, veteran German left-winger Günter Verheugen has said that the Hungarians do the dirty work the Germans would otherwise have to. Here’s our pick of pros and cons on the role Hungary is playing from across European media:

It is time to consider whether Hungary’s ruling Fidesz, led by Prime Minister Viktor Orbán, should continue to have membership in the European People’s Party, a former vice-president of the European Commission wrote in the weekend edition of the German conservative daily Die Welt.

In her article, Luxembourg politician and MEP Viviane Reding called for Hungary’s governing party to leave the European Parliament’s centre-right bloc because the politics pursued by Mr. Orbán “has been persistently going against EU values”, including liberal democracy and a social market economy, both of which are advocated by the EPP. Ms. Redig accused PM Orbán of exploiting the migrant crisis for his own purposes and claimed that human dignity is “completely unimportant” to the Hungarian leader, who deliberately “poisons the well” by combining justifiable issus with xenophobic and discriminative elements. Mr. Orbán should be stripped of the legitimation provided to him by EPP membership out of respect towards the Hungarian people because the centre-right bloc has allowed the Hungarian premier to cross the red line time and again for too long, Ms. Reding argued.

In the meanwhile, the Saturday issue of the German conservative daily Frankfurter Allgemeine Zeitung (FAZ) published an analysis of the Hungarian government’s refugee policy under the title “Not nice, but not wrong”.

The author, Stephan Löwenstein, claimed that the ruling Fidesz party has regained control over the domestic political agenda through Prime Minister Viktor Orbán’s stance on the refugee quota. The lengthy article points out that the German perception, which supposes that PM Orbán handles the refugee situation “first and foremost in a populist way” is false because although the PM’s argument is not as well-founded and coherent as he likes to make out, his “provocative” measures stem from a conviction he has held for a long period of time and these do not prove the strong accusations against him and his government right. Comparing these to the period of national socialism is “nonsense”, Mr. Löwenstein points out.

For this reason, the ALDE group is initiating a procedure against Hungary for its methods used in the immigration situation under Paragraph 7 of the EC treaty because these carry the risk of a serious breach to the community’s common values. Instead of suspending the right to vote, the liberals propose recommendations to settle the current situation in Hungary, Mr. Verhofstadt said, admitting that the European Parliament’s conservative group continue to defend the Hungarian leader because they aim to preserve their weight in Strasbourg.

…or on the right side of history?

Unfortunately, Orbán is right, a commentary published in the Saturday edition of the Austrian conservative daily Die Presse reeads. Vienna’s position in the immigration crisis is unsustainable because it is impossible to play the good Samaritan while forwarding tens of thousands towards Germany, the article argues. Austria is breaching EU law exactly as Hungary is doing, but more elegantly, Rainer Nowak, the author of the piece, points out. As opposed to the conservative paper’s lenient position, an opinion piece published on the online surface of the liberal Austrian daily Der Standard is far more condemnatory, claiming that the Hungarian PM is trying to exploit the refugee issue to strengthen his authoritarian rule and underdig liberal democracy across the EU. According to the article, Hungary fails to meet the EU requirement of registering new arrivals and Mr. Orbán’s measures are aimed at “creating a state of chaos”.