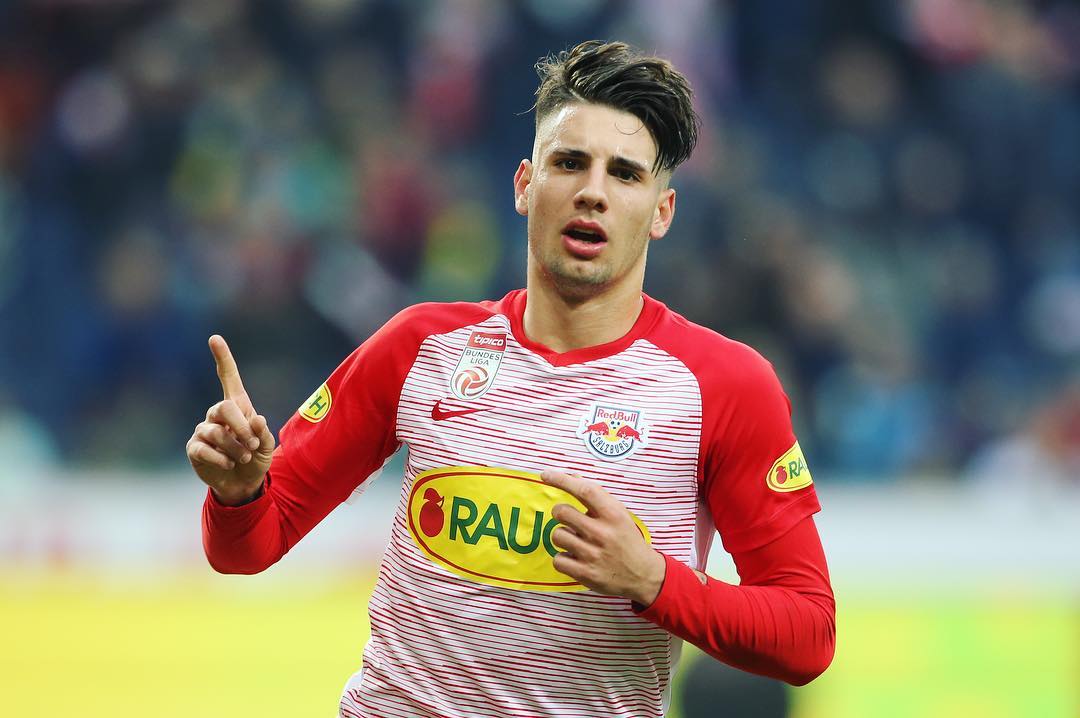 Hungarian football’s number 1 talent Dominik Szoboszlai managed to score on his very first Champions League game, as his team Red-Bull Salzburg destroyed Belgian KRC Genk (6-2) in the first round of the tournament.

Szoboszlai scored at the very end of the first half wich was the Austrian team’s fifth goal. Red Bull Salzburg made a remarkable debut in European football’s top club tournament after narrowly missing qualification in the past ten years.

His goal makes Szoboszlai only the tenth Hungarian player to score in the Champions League. The 18-year-old forward is the second most valuable Hungarian player at the moment, with an estimated value of €12 million by Transfermarkt. He already made his debut in the national team too and is reported to have already raised the interest of star clubs like Juventus FC, Internazionale, Borussia Dortmund or Arsenal FC.

RB Salzburg’s path, however, does not seem easy in the Champions League as they are drawn to play Italian SSC Napoli and reigning champion Liverpool FC in the next rounds.