The mayor overseeing the tiny ethnic Hungarian village of Zalánpatak (Romanian: Valea Zalanului) in Transylvania, where the heir to the British throne owns four lovingly restored farmhouses, has hit out at the prince for “working not for the development of the village but to turn it into an open-air museum”.

Mayor József Kasléder, who leads the commune of Málnás (Malnaş) that includes Zalánpatak, says that the mostly elderly villagers are expected not to build modern houses, change to well-insulating windows and even live without a solid road leading to the village in order to preserve the archaic village landscape. “The development of the village cannot be held back only to enable the prince and the foreign guests to marvel at our misery once or twice a year”, the mayor told the Hungarian-language local daily Krónika. Although tourists do come to the settlement, this does not profit locals much because only a small number of people, paid by the hour, work in the village inn.

The mayor’s comments were provoked by  a study published by a foundation run by ethnic Hungarian count Tibor Kálnoky, a friend of the prince, on the village’s natural and built heritage, which was written without asking the local self-government or villagers. The study claims that the village, which is in danger of dying out, could have a future of locals are able to take advantage of their endowments and even the isolated setting of the village. Mr. Kasléder, who refused to attend the introduction of the study, said that he is opposed to its one-sided approach and argues that something needs to be offered to locals in exchange for expectations, adding that the village has previously unsuccessfully applied for funding to boost eco-tourism and the producing local products. 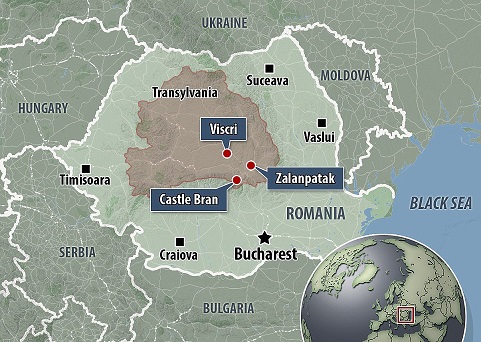