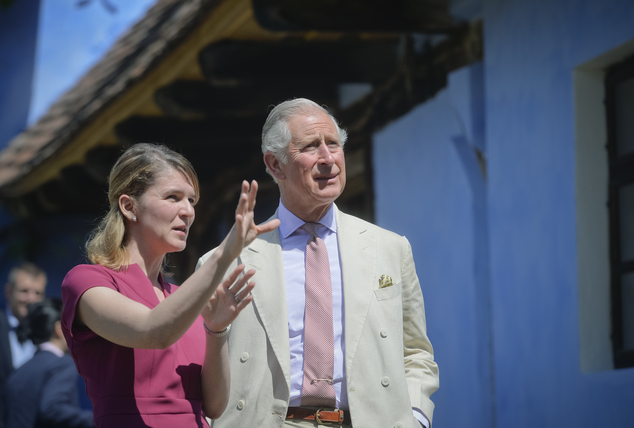 Britain’s Prince Charles has opened a training center in rural Transylvania to encourage conservation, farming and sustainable development in Romania.

Charles, who has long been enamored of Romania’s rural traditions, on Wednesday opened “The Prince of Wales’s Training Centre,” an 18th-century converted barn in the UNESCO-protected Saxon village of Viscri (Hungarian: Szászfehéregyháza, German: Deutschweißkirch), where geese and cows wander down the main street. He said the center will foster skills among rural communities and help increase employment. 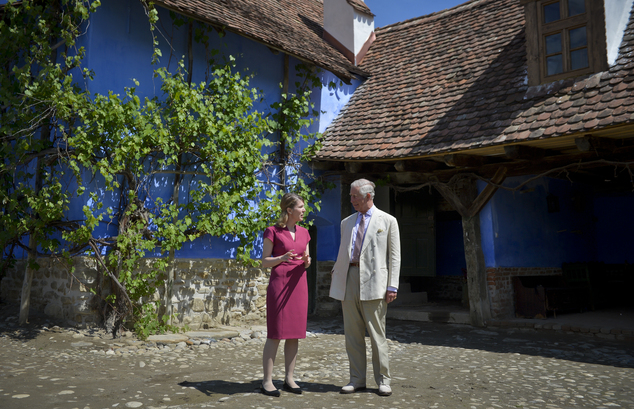 More than 150 people this year will “benefit from free training in heritage preservation, farming, traditional fabrics and how to start a business in the countryside, which is always, of course, an enormous challenge,” the prince said.

The prince toured the center, which is painted a traditional hyacinth blue, in the village 250 kilometers (156 miles) northwest of the capital Bucharest, speaking to local women who were stitching traditional embroidery designs on white cheesecloth.

“I felt excited … but because he is natural and knows how to be pleasant with people… words began to flow and it was very easy to discuss with him,” said seamstress Ana Negru. “He empathized with us … he asked us whether we sew every day and whether we enjoy traditional stitching.”

Apart from training rural Romanians, the center will host other events and charities. The barn was converted into a lecture room and a cafe with funding from Raiffeissen Bank. 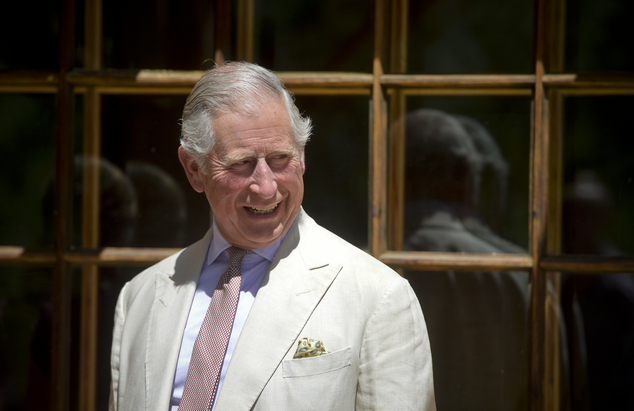 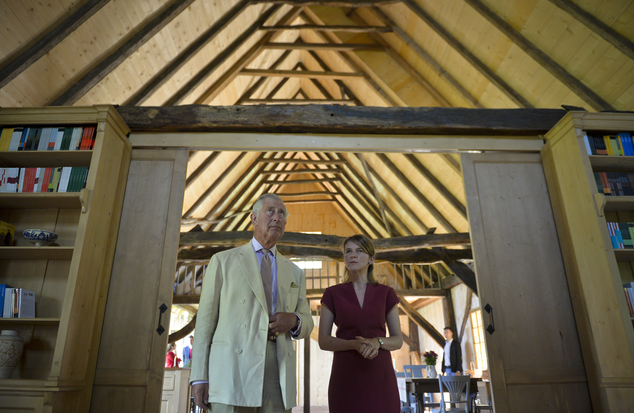 Charles, who first visited Romania in 1998, owns two properties in the central region of Transylvania, named the world’s best region to travel to in 2016 by the travel guide publisher Lonely Planet, including in the small ethnic Hungarian village of Zalánpatak (Romanian: Valea Zalanului). A year ago, he launched The Prince of Wales Foundation Romania, a charity that supports the East European nation’s heritage and rural life. He purchased several houses in the villages of Zalánpatak  and Szászfehéregyháza in 2008 and again in 2013.

The British royal family is known to count Hungarians among its ancestors. Klaudia Rhédey, Queen Elizabeth II’s great-great-grandmother, was born in Erdőszentgyörgy (Ardusat) in 1812 and was raised in the family’s local palace.

Transylvania formed part of the Kingdom of Hungary until the 1920 Trianon Peace Treaty and remains home to an ethnic Hungarian minority of some 1.5 million people.

via pilotonline.com
photos: Andreea Alexandru/Romania Out