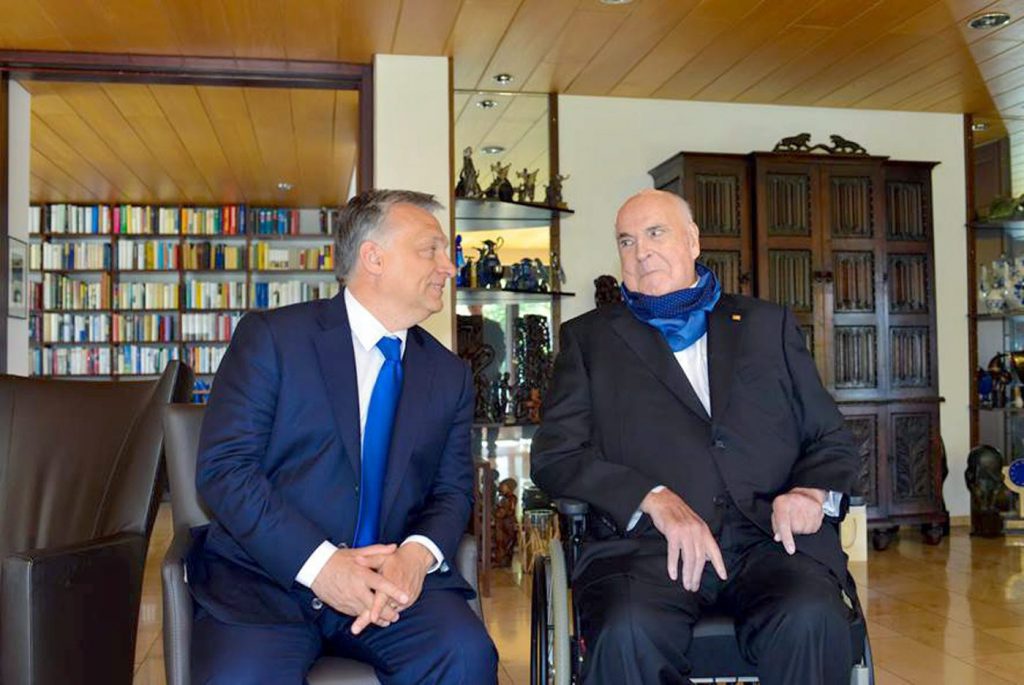 Last Friday, Helmut Kohl, Chancellor of Germany from 1982 to 1998, passed away at the age of 87. In a recent letter to his widow, Hungarian Prime Minister Viktor Orbán praised the German politician as “one of united Europe’s great architects.”

Kohl is best remembered as the man responsible for reunifying East and West Germany, although his later years were plagued by a party financing scandal that came to light following his retirement in 1998.

In his letter to Maike Kohl-Richter, Orbán recalled his visit to Germany’s longest-reigning politician since Bismarck last year, and referred to him as “my dear friend Helmut.” The Hungarian premier had known Kohl for decades, and expressed his gratitude “that he looked upon me as a friend, and [that] I could always rely on his helpful advice.” He also reflected on his visit to the former Chancellor in April of last year. 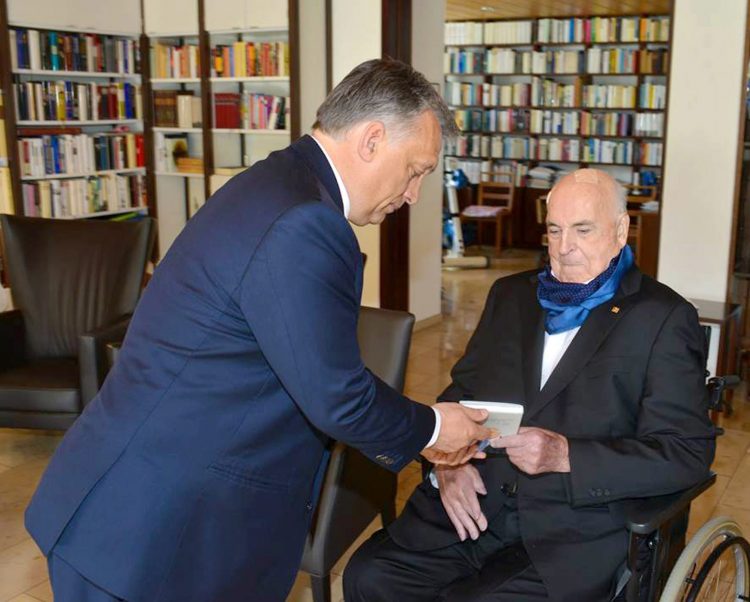 Viktor Orbán visiting Helmut Kohl at his home in Oggersheim in April of 2016 (Photo: MTI/EPA/Daniel Biskup)

at a time when we are in great need of the courage, wisdom and foresight of the founding fathers, we have lost one of united Europe’s great architects.

Helmut Kohl’s nation-building work will always be an example and a guide. With his life’s greatest deed, the creator of German unity and his country’s re-founder also guaranteed the freedom and independence of the nations of Central Europe. What an enormous political and moral achievement: to unite a nation so that other nations also gain freedom and advancement. We wish to preserve and deepen this alliance between Germany and Central Europe in the future also. This is one more debt we owe to the memory of the great chancellor.

Interestingly, German newspaper Der Spiegel reports that Ms. Kohl-Richter “did not want Angela Merkel to speak at his state memorial service on July 1st”. Rather, she supposedly wanted “only foreign guests,” including Orbán, to speak at the service, but was “advised against the plan.” For years, Merkel was Kohl’s protege, but turned against her former mentor during the donation scandal that rocked the Christian Democratic Union and tarnished the former Chancellor’s reputation.

Kohl’s memorial service in Strasbourg will be the first ever European Act of State in the history of the European Union; speakers will include Chancellor Merkel, French President Emmanuel Macron, and European Commission Jean-Claude Juncker. According to Deutsche Welle, Kohl’s coffin will be transported along the Rhine river to Speyer Cathedral, where a funeral mass will be held.

You can read Orbán’s letter in its entirety here.