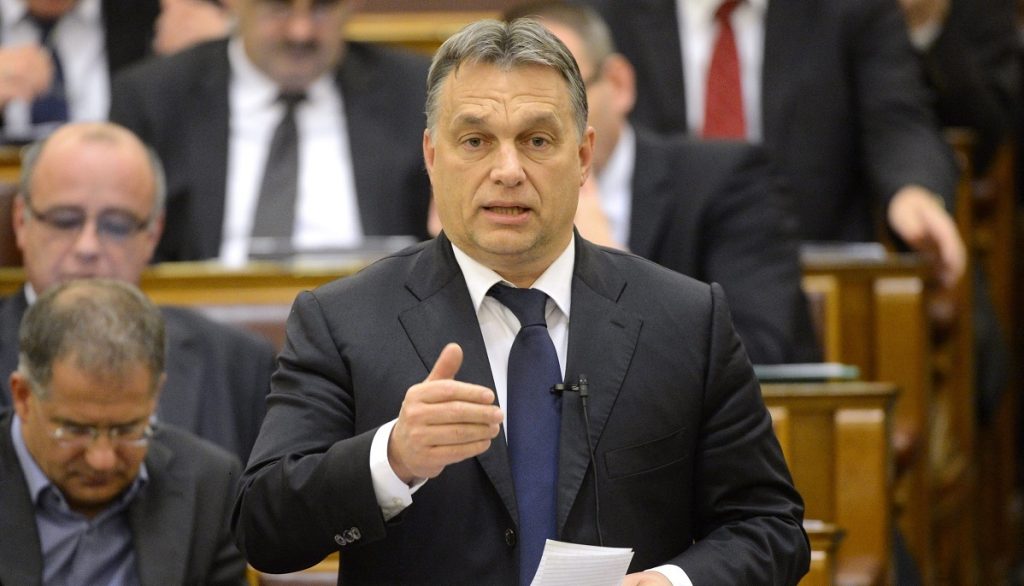 PM Viktor Orbán denied that he cooperated with the communist secret services as alleged by businessman Lajos Simicska. In response to a question by radical nationalist Jobbik lawmaker Ádám Mirkóczki in parliament, Orbán said his current position did not allow him to act as he would like to in reaction to “sleazy accusations” by his former friend who was instrumental in building up the ruling Fidesz party. “The prime minister must avoid using strong expressions of the vernacular or applying common forms of retaliation … no matter how much I feel like doing these…” he said.

“This will not last forever and there is a time for everything, including retaliation.” Orbán said if anything could have been brought up against him over the past 25 years, “they’d have wrung my neck by now”. Orbán noted that the fight against communism had been a matter of principle for him and he had been among the founders of the first anti-communist organisation. He said he was  proud of having spent 25 years making sure that “the communists cannot return even in a watered-down form”.

Simicska, a one-time college roommate of Orbán’s, said in an interview in early March that Orbán “reported on him” to the communist authorities with his knowledge during their military service in the early 1980s. Simicska told news portal mandiner.hu that the authorities had put him under surveillance during the communist era. Orbán had voluntarily told him he was writing the reports and they had discussed what to include, he said. After they were both discharged, Orbán told him the authorities had tried to enlist him, but he refused. Simicska said that he had believed him but “now I don’t know what to think.” In February Lajos Simicska declared a “total media war” in the wake of the government decision on the tax on advertisements which affect Simicska’s media interests.