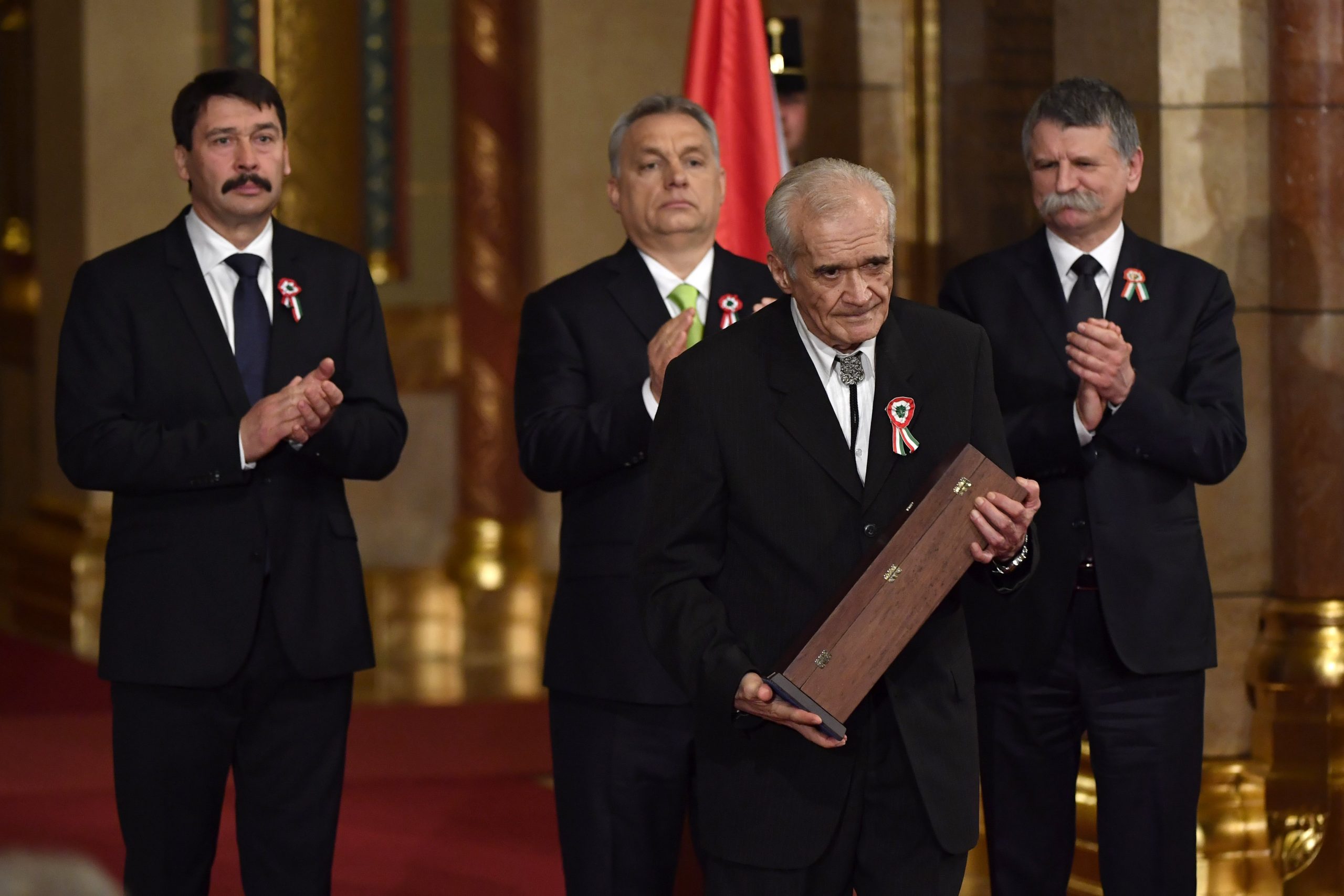 Prime Minister Viktor Orbán has extended his condolences in a letter to the family of ethnic Hungarian poet Árpád Farkas, who was buried on Wednesday.

The letter was published online by Transylvanian daily Háromszék, of which Farkas was chief editor for nearly 20 years.

In his letter, Orbán referred to the deceased poet as a “watch-fire for Háromszék, for Transylvania and for all Hungarians”. Farkas, during Romania’s communist era and after that country’s revolution “refused to accept any order other than which followed from the eternal commandments of community with the Hungarian language, the homeland, and our ancestors”, the letter said. Farkas was proud rather than terrified that, as an ethnic Hungarian, he “had to swim with a millstone on his neck rather than with a life-jacket”.

Farkas died at age 77 on Sunday.

featured image: Árpád Farkas after receiving the Kossuth prize in 2018; via Tibor Illyés/MTI