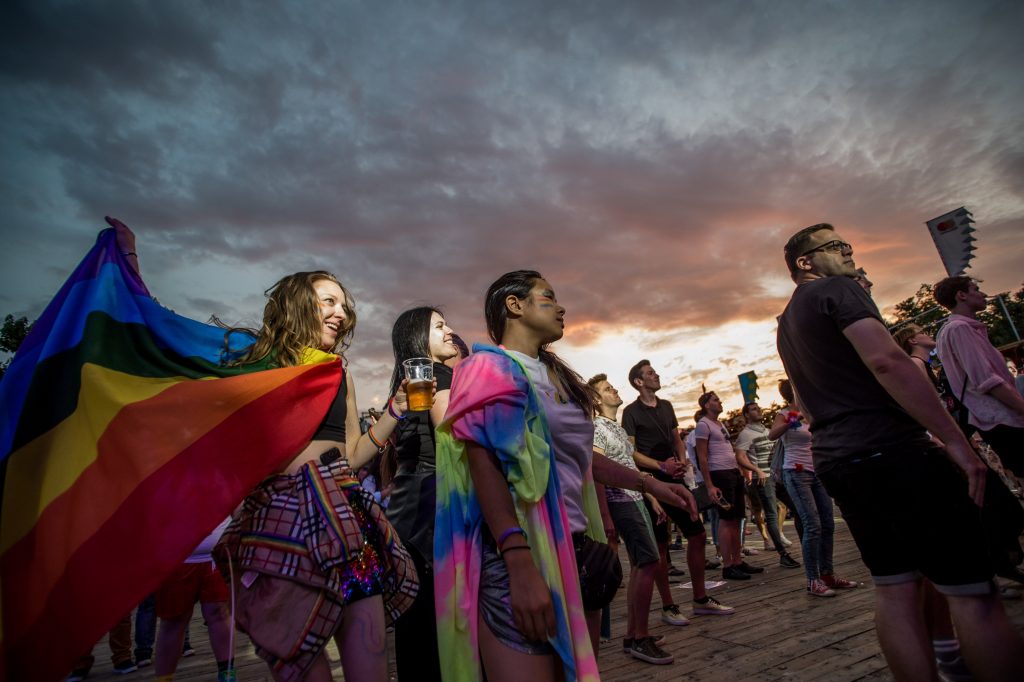 The 23rd Budapest Pride march, which marked the end of Hungary’s month-long festival celebrating the LGBTQ community, was held on Saturday afternoon. Participants gathered near City Park and later moved across central Budapest without any reported incidents.

Led by a rainbow-decorated truck, the march moved along Andrássy Avenue, Nagymező Street, Bajcsy-Zsilinszky Road, Alkotmány Street, and eventually ended at Kossuth Square in front of the Parliament in the late afternoon.

Szilvia Nagy of the Rainbow Mission Foundation, the event’s organizer, stated that the march was a way of protesting against social exclusion and celebrating the love and diversity of the LGBTQ community. The march was attended by NGOs company representatives, members of the opposition Socialist Party, Párbeszéd, the satirical Two-Tailed Dog Party and Momentum, Nagy said. 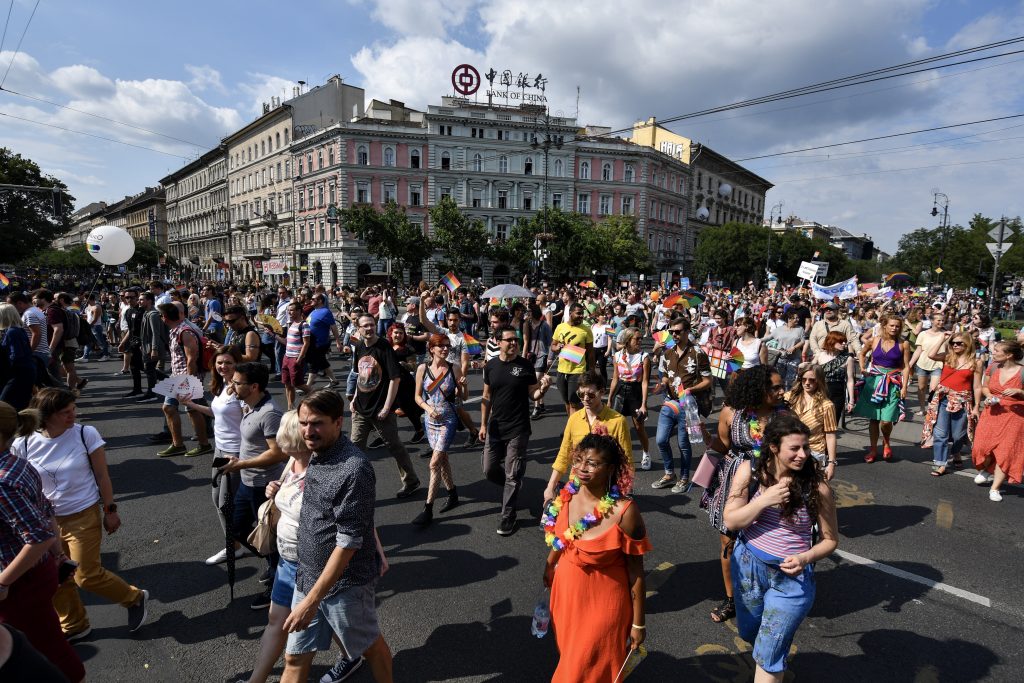 In recognition of the 23rd Budapest Pride Festival, 35 embassies, including the Embassies of Canada, France, Germany, the UK, the US, and the British Council issued a joint press release conveying support for the LGBTQ community and their right to peaceful and lawful expression.

Proud to support the Budapest #Pride2018 along with 34 other embassies and British Council Hungary. The UK is committed to protect #diversity and #humanrights because #loveisGREAT.

Participants were greeted by counter-demonstrators at Kodály Körönd who held up a banner reading, “Your queerness is disgusting”. Others revved their motorcycles in an effort to drown out the march. Another group of counter-protesters gathered at Oktogon and managed to breach the cordon protecting the marchers, before being corralled by police. 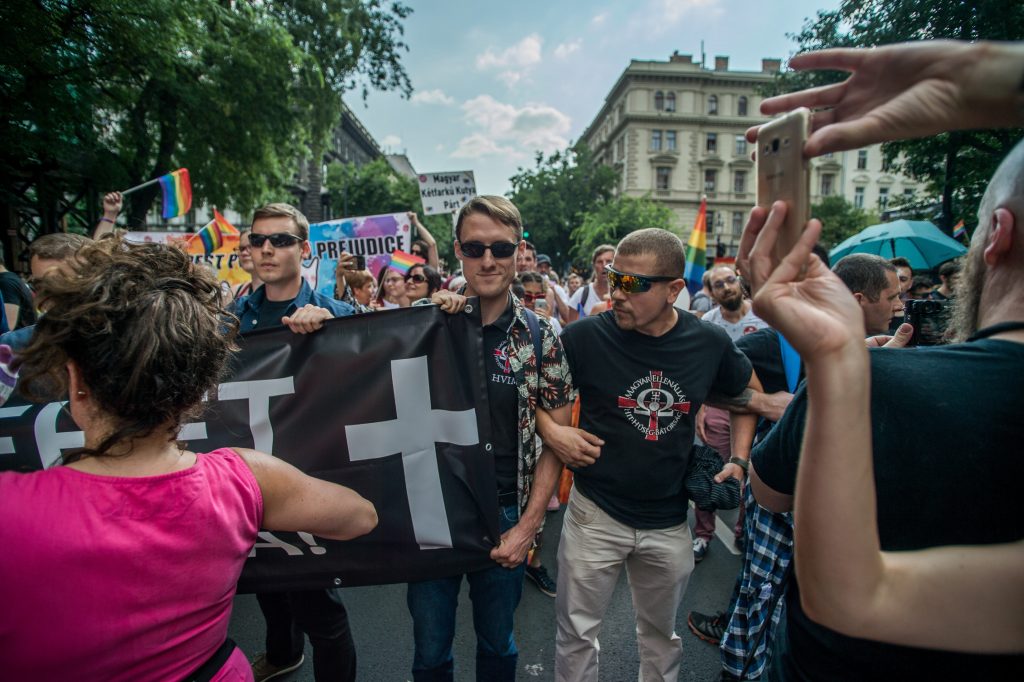 At Kossuth Square, Ádám Csikós spoke on behalf of the organizers declaring the state should grant same-sex couples the right to marry and raise children. He stated that he was proud that around 100 events were organized during the month-long Pride festival taking place in Budapest and five other cities. At the same time, Csikós voiced his frustration about the lack of rights afforded LGBTQ people, asserting

It’s not okay that a political regime forces its views onto citizens.

When participants at the front of the march reached Oktogon, those last in line were passing Kodály Körönd – a distance of around 750m. During the closing speeches at Kossuth Square, both the rainbow flag and a European Union flag hung from one of the windows of Parliament.

Homosexuality is legal in Hungary for both men and women. Discrimination on the basis of sexual orientation and gender identity is banned in the country. However, households headed by same-sex couples are not eligible for all of the same legal rights available to married opposite-sex couples. Registered partnership for same-sex couples was legalized in 2009, but same-sex marriage is banned. According to a survey conducted jointly by Budapest Pride and Integrity Lab, 36 percent of Hungarians support marriage between same-sex couples, while the support for the right to adopt is considerably higher: 46 percent of the respondents would not rule out same-sex couples. Overall 60 percent of the people who participated in the survey believed that people from LGBTQ communities should have the same rights as everyone else.

The left-wing Democratic Coalition said in a statement that its MPs would greet the march by hanging Pride and EU flags from the windows of their offices. Socialist Party MP Agnes Kunhalmi, the Liberal Party’s Anett Bosz, and Parbeszed’s Bence Tordai, among others, were in attendance. The Budapest police headquarters (BRFK) told MTI that officers had conducted ID checks but no other intervention was required. 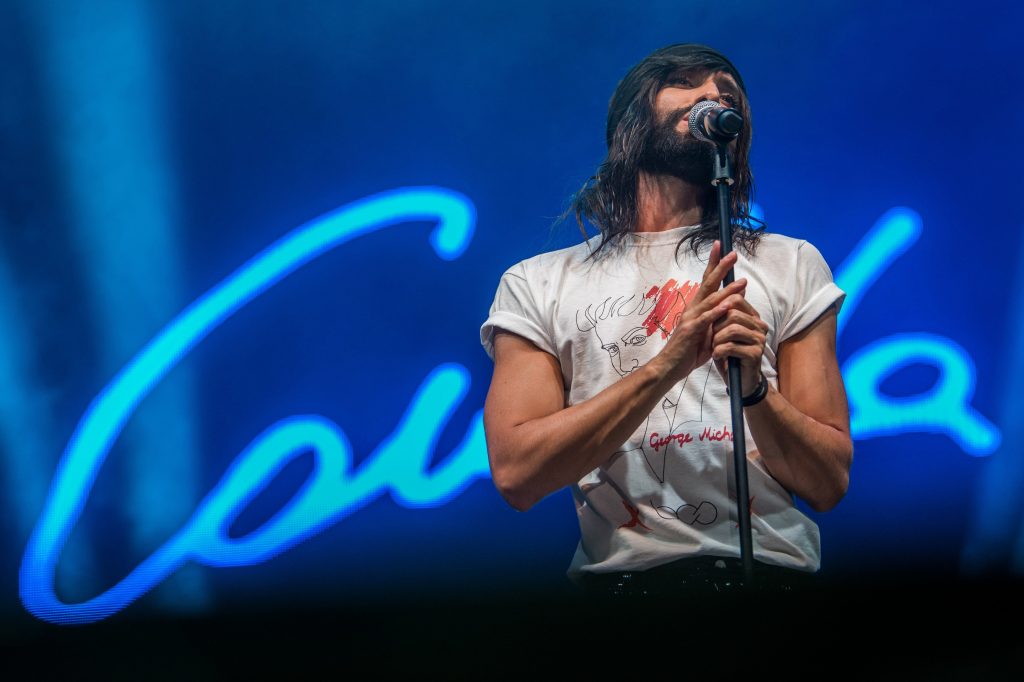 The official afterparty, known as the Rainbow Party, was held Saturday evening in Budapest Park; the headliner of the event was Austrian singer and drag artist Tom Neuwirth, also known as Conchita Wurst, and winner of Eurovision in 2014.