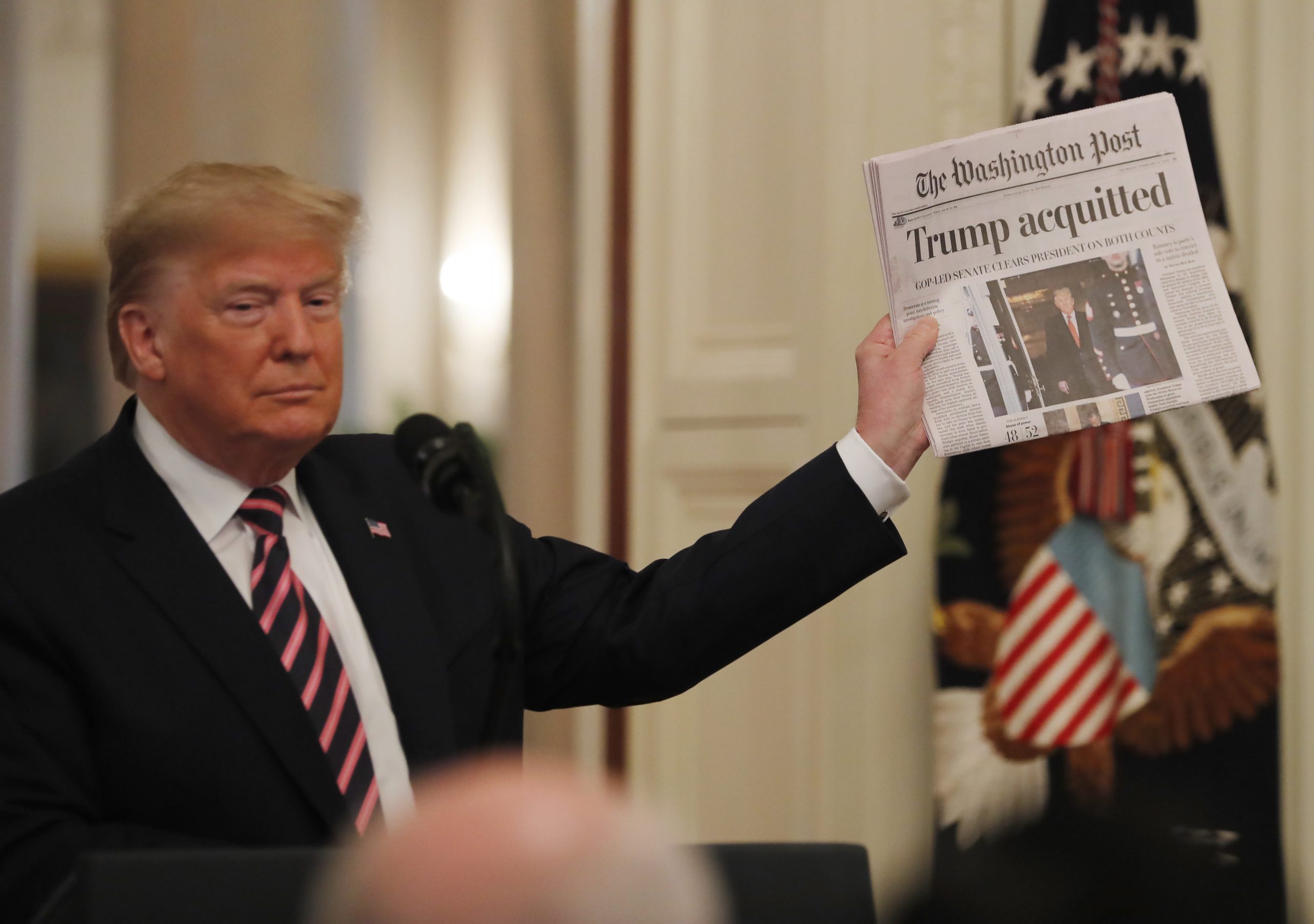 As the US Senate acquits President Trump and halts the impeachment procedure, a conservative and a left-wing pundit ponder the political landscape under President Biden.

Magyar Hírlap’s Mariann Őry comments on Donald Trump’s acquittal in his second impeachment trial. She thinks that even if Trump is unlikely to run for President again in 2024, his views will remain important in US politics. The conservative columnist acknowledges that the storming of Congress played into the hands of Democrats who used the opportunity to launch a devastating campaign against the former President.

But the impeachment procedure failed, and Trump’s 70-million strong supporters’ base is not likely to disappear, Őry underlines. She concludes by suggesting that as Democrats refuse to listen to the voices of Trump sympathizers, the US is likely to become even more polarized.

In Népszava, Gábor Horváth writes that the main aim of the impeachment procedure was to serve as a lesson for future arrogant and dictatorial politicians. In that sense he doesn’t believe that it should be regarded as a failure. The left-liberal columnist accuses Trump of representing dictatorial sentiments that are always present in society and cannot be eliminated.

Horváth thinks that after Trump, the Republican Party stands at a crossroads, and needs to decide if it wants to ‘continue its long journey to the far-right’ and ‘become the party of a ‘waning but increasingly radical rural white voter base’ or return to the catch-all politics of the more moderate and inclusive Reaganesque ‘big tent’.